You are here
Home > News > Consistency at the Roots: The Boys from Germany 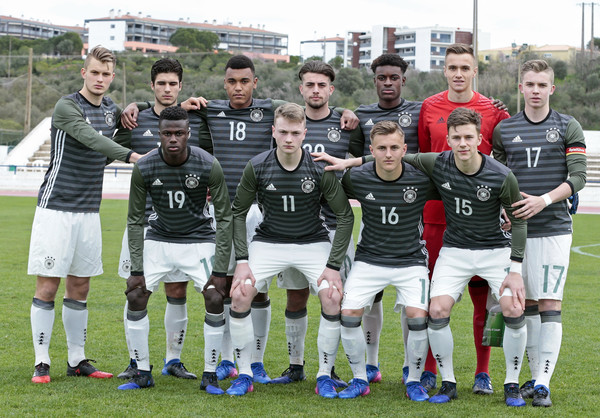 It is true “Change is the only constant.” However, instances arise when such statements need to be revised. Ask any football follower their point of view on a certain topic, there will be a different conclusion every time. For instance, who the all time best goalkeeper is , the best forward, the never-ending battle between Ronaldo and Messi and so on. However, there is one fact which no one will deny. Ask any football fans to name four teams that will make it to the the semi-final of a European competition or at the World Cup, there will be one common team to feature across every lip. Germany. It’s just that nobody commits the atrocity to deny the fact that , Germany will be amongst the top four come the semis. Such is their consistency. For the past two and a half decades, a berth in the semi-final for the Germans seem to be booked across every competition.

Germany is a team that bring new stars every time. Never has anyone said that Germans are weak at any position. Be it the forward line, the midfield, the defense or their goalkeepers, Germans have the answer to everything. The frontmen and the marauding midfielders of Germany are always linked with fluidity, agility and an overall understanding of gameplay sprinkled with the ability to finish clinically. Germany are the defending World Champions, the Confederations Cup winners and the U-21 European Champions. However, there is a jinx which the Germans have not broken yet. They have come so near and yet they haven’t won the U-17 World Cup. Now, they get an opportunity to correct that situation at the big event in India. Let’s analyse their chances and their key players who will have a critical role for them to be successful in the showpiece event.

The young prodigies from Germany have possibly created the most lethal strike force among all European U-17 teams. They scored 17 goals in the Euro U-17, despite exiting at the semi-final stage. The primary reason for this was Jann Fiete Arp. At the tender age of 17, standing over 6 feet, this youngster scores at will. Wearing the no. 9 Jersey, and putting on the captain’s armband he has performed extraordinarily, his 12 goals in 12 u-17 Caps is a testament to this fact.This season itself, he has scored thrice, across all European competitions averaging a goal every 57 minutes he plays. He primarily operates as a Centre forward, however, he can play as a shadow striker or can deputise in midfield as well. Jann Fiete is a product of the Hamburg team and has a knack for scoring goals and he reminds many Germans of another clinical goal machine by the name of Miroslav Klose. Despite, his goal-scoring prowess attracting the attention of many clubs he has decided to continue with Hamburg. However, if he goes on with this form, many heavyweights shall come knocking on the door time and time again. It will then be a challenge for Hamburg to tie down the player of his stature to a long-term contract.

Easing the pressure off the captain is his compatriot Elias Abouchabaka. Elias is a gem of a player and the product of the RB Leipzig team. It is astonishing to see that Leipzig are a team who are unearthing so many talented youngsters in recent years. In fact, the maximum number of players representing the German U-17 side are from RB Leipzig. Elias can operate on the left flank as well as the Centre of the midfield. Standing at 1.84 meters, he not only provides assists but he also scores in crucial moments. In his u-17 International career, he has scored 8 goals in 11 matches. This season, Elias has played 9 matches so far for RB Leipzig U-17 and scored twice and has provided for 7 goals on the platter for his team-mates. He has all the potential to be a star for Germany in the near future and is a crucial member of this German roster.

A player who can shuffle around various spots in midfield is worth his weight in gold. And if he can contribute to a few goals along the way he has got a great future ahead of him. Enter Yennick Keitel. Standing tall at 6 feet, he commands the defensive midfield position. However, he can be sent upfront if the team is dealing with a hard tackling defense,His brute strength gives him the ability to wreck havoc amongst opposition defenders. Hailing from the Frieburg ranks, this youngster is regarded by many as a future prospect. In eight U-17 International games, he has 2 goals to his name. This season he has played seven games in a Frieburg U-17 shirt, scoring and assisting twice, averaging a goal every 276 minutes. One will be happy with that performance considering that he operates in the defensive sphere of the pitch.Watch out for him as he has also previously been waltzed into the forward role when the team requires a goal or two.

Quoting Sir Alex Ferguson, “Defense wins you titles.” Bayern Munich has unearthed a gem who has served Germany from the U-15 stages. And now he is the most crucial defender for this German U-17 side. Lars Lukas Mai knows how to produce those hard crunching tackles. He has played two U-15 games, six U-16 games and nine U-17 games for Germany. A player who has been scouted by many, but when you belong to the Bayern Munich powerhouse, one usually doesn’t consider other prospects. Bayern Munich themselves consider him as one of the best upcoming talents across all of Europe. In this season alone, he has played 11 matches for the Bavarian youth side and has racked up 2 yellow cards. It’s an occupational hazard you carry when you play in the back four.

The Germans are ready to take on the other teams. These young boys have a chance to create history by winning the trophy which has been eluding them. By winning the World Cup they’ll complete the cabinet for the German National team. Moreover, they are the first German team which lost on penalties in a competitive fixture.(U-17 European Championship Semi Finals against Spain), the upcoming World Cup is the best time and chance they have to answer the critics and gain complete domination for the Germans across all age-groups of World football.

Do read our preview of the Spanish U-17 team that might lock horns with the Germans once again , but this time in the biggest stage of them all.

U-17 World Cup:Turning Prodigy to Legacy

The post Consistency at the Roots: The Boys from Germany appeared first on El Arte Del Futbol.