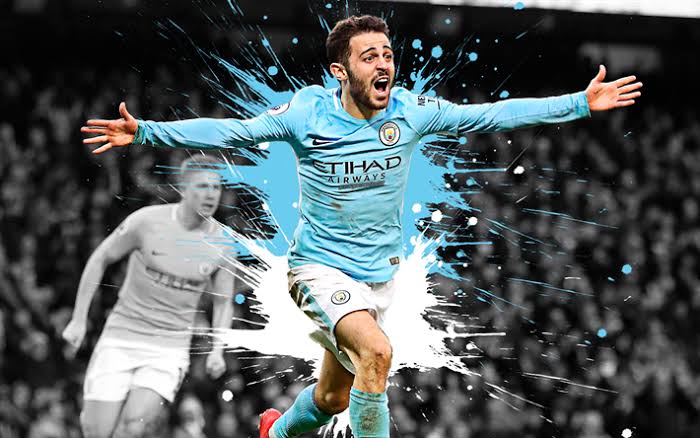 Why the Portuguese star is now City’s main man:

Another day, another trophy, another easy 90 minutes for Bernardo Silva. Scratch that, it was 120 minutes against Chelsea in the final of the Carabao Cup, after which there was the small matter of dispatching a penalty. Nothing to fear for  Pep Guardiola’s main man, who he describes as “Portugal’s biggest superstar”. However, it’s just another casual weekend for the man who has made himself Manchester City’s most important player this season.

Guardiola has made his love and admiration no secret for the little genius. The Catalan’s eccentricities are on display week in week out when on the touchline, niggling away at Raheem Sterling and Leroy Sane, publicly addressing the issues with Benjamin Mendy. He has had to resort to a brand of tough love this season – leaving Sane out of the squad numerous times at the start of the season, but for Silva there’s only glowing words.

Superficial observers will note Guardiola’s treatment of his Latin brethren – both the Silvas, Nicolas Otamendi and Sergio Aguero – as unfair compared to the likes of Sterling, Sane and even Kevin De Bruyne. But when scratching beyond the surface, if one truly tries to understand Pep Guardiola, you can grasp just why there is so much love for them. Talent and technical ability have always been paramount for players in Guardiola’s teams, but so has professionalism, and these players have an abundance of it. 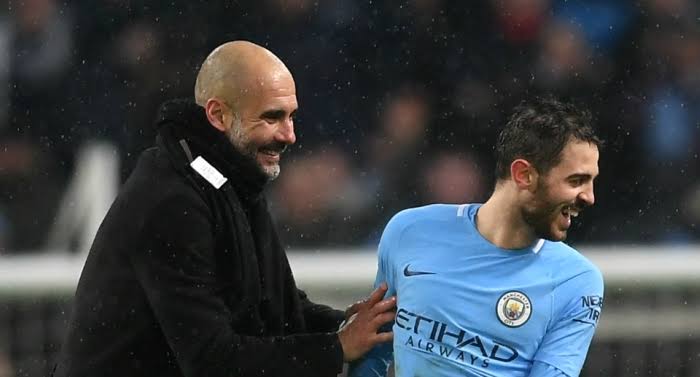 Guardiola may no longer be the purist he was at Barcelona and Bayern. His style of football led to some glorious matches, teams having no idea what to do against a coordinated pinball machine, but there was also the 5-0 aggregate loss against Madrid that showed that there were still tweaks that could be made to the ever-evolving system. We are seeing Guardiola do just this at City. Despite being the most beautiful team to watch in all of Europe, City had to resort to a long punt from Ederson in midweek against Schalke to sneak in the winner. Against Liverpool at Anfield earlier this season, it wasn’t all out attack. It was cautious, controlled but wary football from Sky Blues.

There is an air of practicality to Guardiola’s teams now. The pragmatism is peppered in between the barrage of passes and whirlwind-like off the ball movement, but it’s there. It could be triggered in a second, when the moment calls for it, but it’s a very respectable plan B that didn’t exist before in Guardiola’s teams.

Key to that is of course is Silva. Touted as a replacement for his namesake David Silva, Bernardo was brought in to the club after playing a key role in the mauling of Man City at Monaco in the Champions League two years ago. A youthful, exuberant Monaco side led by aging, experienced figures destroyed City over two legs. Over on the touchline, Guardiola looked over enviously at his opponent’s players wishing he had them. The Santa Claus of the Middle-East heard Guardiola’s wishes and over flew Silva and Mendy the following summer, leaving behind the sunshine of Monte Carlo for the rain of Manchester. 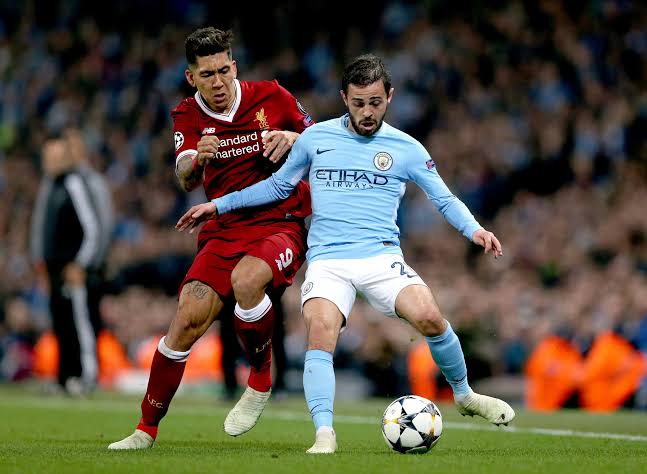 While Mendy has had his teething problems through injury and a jolly persona that may be considered as complacent, Bernardo has been excellent on both fronts. Even during his first season in English football which was a difficult and gradual transition from Ligue 1, the Portuguese international featured in the highest number of matches out of any City player.

To say that Silva has excelled in the following campaign is an understatement as illustrated by his faultless displays at the biggest of stages. In the titanic tie against Liverpool which reduced the gap to 4 points between the two sides, Bernardo ran 13.7 kilometers. He beat his own previous record set in the Premier League this season, a match against Tottenham earlier in the year in which the tireless playmaker covered 13.65 kilometers. Impressive numbers for any player, but what really stands out is that Silva’s best numbers are reserved for the best teams – or in his case, City’s Premier League title rivals. When asked about his engine, Silva commented,

“I try to be as fit as I can, eating well and sleeping well because I know how intense it is here in the Premier League, especially when you play big games like Liverpool or Tottenham,” he said. “You play against some of the best players in the world and cannot give them lots of time to think. These two teams especially play very offensive football, so the game is open and you have to run a lot and work a lot. I’m just happy we could win the games, otherwise, the kilometers wouldn’t have mattered.”

Humble words from a man whose feet are firmly planted on the ground and does not indulge in the off-the-field antics that a lot of his peers choose to engage in.

It is this professionalism that Guardiola holds in the highest regard. Looking back at his previous teams, you will see that the only players who stuck around throughout his time were those who put the team, the vision and the club ahead of themselves. Troublesome figures like Zlatan Ibrahimovic and Ronaldinho at Barcelona as well as Xherdan Shaqiri at Bayern Munich were shipped out without a second thought.

Guardiola’s commitment to his vision can rub people off the wrong way, of course. But Guardiola doesn’t care. He only cares about his vision. He is a mad scientist and the training pitch is his laboratory. Having a multi-utility, never-dying instrument like Bernardo means that there can be no end to the decorated coach’s tactical tweaks and experiments. 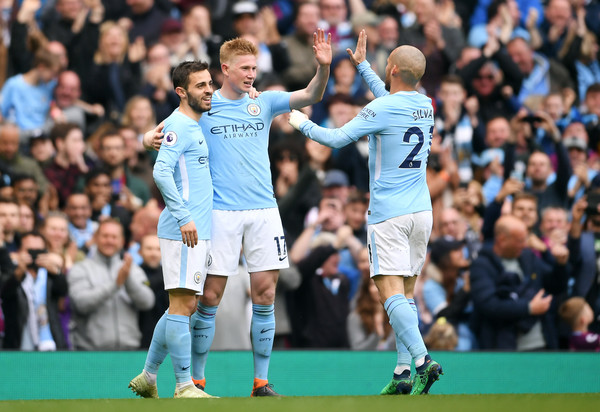 Bernardo was shoehorned in as De Bruyne’s replacement after the Belgian suffered a serious knee ligament injury at the start of the season. Guardiola experimented with his formation and players, not settling on one for a long time. Riyad Mahrez and Leroy Sane got look-ins, but it was Bernardo who really made himself indispensable alongside Fernardinho and David Silva.

If you look at his numbers this season, they will hardly stand out. 8 goals and 7 assists in 36 matches is not the greatest return on a player who had turned heads for his majestic capabilities on the flanks in Monaco. However, Bernardo’s new role in the centre of the park as a workhorse playmaker means his impact lies beyond just the attacking third. He has clocked 2,075 minutes for City, second only to Fernandinho; and the 47 chances he has created in the Premier League is only two behind David Silva who has the license to be more creative.

Bernardo Silva has the talent and the technical ability that is obviously the first requirement of any Guardiola team, but the diminutive midfielder has something more, something that makes him the most invaluable player in this squad. It’s the blend of professionalism and technical ability combined with his humility and eagerness to learn and do what’s best for the team.

City have some of the best players in the world already; De Bruyne, David Silva, Sane and Sterling’s numbers from midfield alone make them one of the biggest attacking threats in Europe. In Bernardo, City now have a player who is a blend of all of them, with a sprinkle of Fernardinho in as well. He is a top talent, a gem, he is a symbol of what someone can achieve with the right mentality and hard work. In the Carabao Cup final, it was De Bruyne and David Silva who made way, not Bernardo and rightfully so, he earned the Man of the match on the night. Bernardo was brought into the team as a backup for the above two, but he has now found himself as the player irreplaceable, and rightly so.

Image one via Manchester City