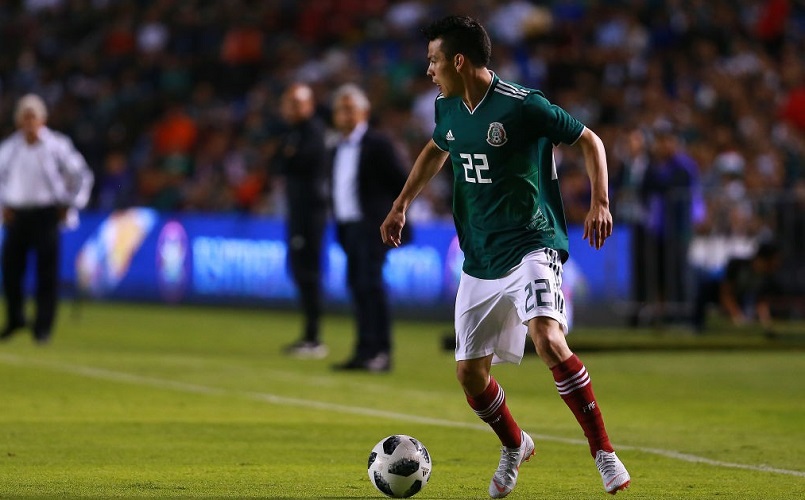 Post a long summer of talks and speculations regarding his transfer by the Vesuvius, the baby faced Mexican Hirving Lozano, also nicknamed ‘El Chucky’, finally appeared on Italian soil.

The long desired signature of the Mexican starlet on a 5-year deal worth 42 million euros is awaiting final confirmation, however, the affair is done and dusted; the official announcement via Twitter is just a matter of hours away.

In the Southern Italian city, currently there is a hunger for victories, and even more so a need to reduce the gap between them and their biggest rival Juventus who have made it a habit of winning the Serie A this decade.

The eagerness to finally meet the young Mexican talent is strong; “Make us win!” was one of the phrases one could hear the supporters chanting while greeting the fourth addition to the team this summer, after Elif Elmas, Di Lorenzo and Manolas.

Yesterday, the 24-year-old player passed his medicals in Rome and got to experience a passionate welcome from his new supporters. His medical went ahead without any issue, with no trace of the small injury he sustained in his last game for PSV Eindhoven, where he scored 45 goals over two seasons. Previously he was associated with Mexican club Pachuca.

Hirving Lozano is expected to make his debut in a Napoli shirt on August 31, against Juventus in Turin – not the easiest way to start.

Today, at Napoli’s training centre, he’s meeting with his coach, Carlo Ancelotti,  who would be waiting for his winger with open arms – for the first time to seal the deal of a new and hopefully successful partnership for the club. The Italians are always ready to welcome young and hungry talents like Hirving and it will be exciting to see how he performs for Napoli in the coming years.