Hrishikesh Dabir looks back at Chris Wilder’s enormous impact on Sheffield United and the tactics that lay the foundations for a promotion into the Premier League.

Apart from being a poem written by Maya Angelou and also the words tattooed on the back of 5 time Formula 1 world champion Lewis Hamilton, this phrase can also be used to describe the story of Chris Wilder. The current Blades manager secured Premier League football at Bramall Lane for the next season after Leeds were held to a 1-1 draw by Aston Villa. The Sheffield United manager joined the club in 2016 and hasn’t looked back ever since. Being a boyhood Sheffield United fan, Wilder ensured Premier League football for Sheffield for the first time in 13 years and it just has a sense of romanticism to it.

A full-back in his playing days, the Englishman is a Southampton academy graduate. After being released by Southampton, he joined Sheffield United and a had brief career playing in the defence. He also had career spells at Brighton, Rotherham and Bradford City. Wilder began his managerial career with Alfreton Town and has since gone from strength to strength.

Chris Wilder won an unprecedented quadruple with Alfreton Town in the 9th tier in the 27 weeks he was the manager of the team before joining Halifax Town. After spending over 300 games as the manager of Halifax town, the Englishman went to Oxford United where he spent 6 years at the helm. His first big break, however,  came when he was hired by the then rock bottom of the English footballing pyramid team Northampton town in an attempt to avoid relegation to the National League. He saved them from relegation and then some. He guided Northampton Town to the League Two title in the following season amassing an impressive total of 99 points which caught the eye of other teams and Sheffield United were the first to put a paper in front of him to sign.

The start of memorable journey

Sheffield United, at that time, were faltering to meet expectations. A side having ambitions to be in the Championship, Sheffield United were changing managers far too often and lacked any kind of stability. 4 permanent managers and two temporary managers had failed to lift the blades out of the 3rd division and much-needed stability was required. Nigel Adkins was sacked for finishing 11th and was replaced by Chris Wilder in 2016. Rest, as they say, is history. 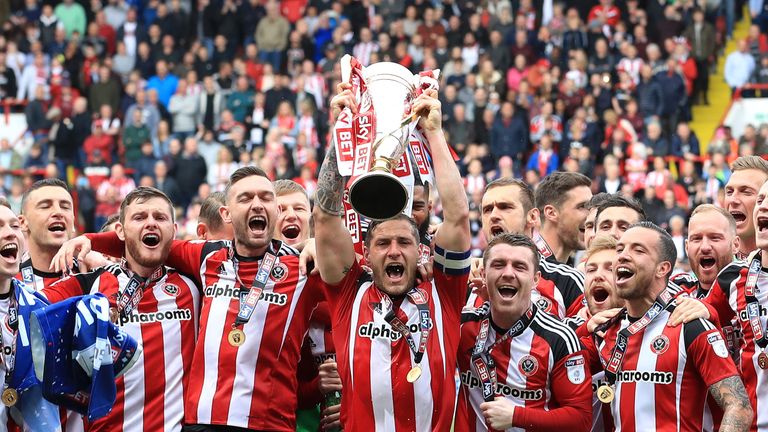 The Yorkshireman won promotion to the championship with a total of 100 points in 46 league games, a club record. After finally getting back into the second tier, Blades fans must have hoped for some stability in the Championship. They got that and even more. Sheffield United finished 11th in the 2017/18 season, only 6 points shy of the playoffs spots. The following season was when everyone saw exactly what his team are all about.

Operating on a budget and unstable finances and after losing their best player in David Brooks to Bournemouth, few would have thought Sheffield United would gain promotion to the premier league. Relying on cheap signings, loans, and free transfers, Chris Wilder was able to build a team which cost less than what their promotion and local rivals, Leeds United paid for Patrick Bamford alone. Wilder stuck to his philosophy and inculcated a spirit which helped them get over the line.

Born in Stocksbridge and having a tattoo of Sheffield United’s crest on his body, for Wilder, Bramall Lane is home. A manager who does thorough background searches on both the player’s attitude and their ability, it seems there is an easy answer as to why he manages to get the best out of his players. Wilder’s assistant, Alan Knill, recalls “He is a natural manager. He just wants to organise everything. If there were a load of tables and chairs in a room, he would sort them out so they were right. Chris loves to manage and I love to coach.”

“My players have to be competitors before footballers. They don’t pull out of tackles in training, it’s full tilt and if we pick up injuries then we pick up injuries. They have to give everything on the pitch and leave it all out there. We played that way for 46 games in League One and my players enjoy that way. – Chris Wilder

Such is the spirit of the 51-year-old. A no-nonsense manager who demands nothing but 100% from each of his players. A proper workhorse who spends hours and hours on studying teams and finding new methods of scoring goals like how he wanted his team to concentrate more on low crosses after watching Pep Guardiola achieve success with them in the blue half of Manchester. He wants his players to be good competitors and more importantly, good people.

However, it’s not only down to team spirit or his attitude that makes the Blades or Chris Wilder so great. His teams play high energy attacking brand of football and are a joy to watch. The tactical aspect of his teams is a joy to study as well. Chris Wilder’s Sheffield United line up in a 3-5-2 or a 3-4-1-2 formation. The wing-backs, George Baldock and Enda Stevens push as high up as wingers to support the attack. Oliver Norwood, John Fleck, and Chris Basham hold the fort in midfield while Bill Sharp and David McGoldrick play as a forward pairing.

Wilder encourages his centre-backs to push forward from the right and left side to join the attack which results in their centre-backs operating as wing-backs, their wing-backs cut inside. One defensive midfielder usually drops back to support the centre-back and the 2 right and left-sided centre-backs push forward to act almost like wingbacks and the wing-backs then drop inside and exploit the half wide spaces. McGoldrick drops a lot deeper to support the most advanced midfielder John Fleck leaving Billy Sharp to act like a predator striker, a role which he is best suited of. 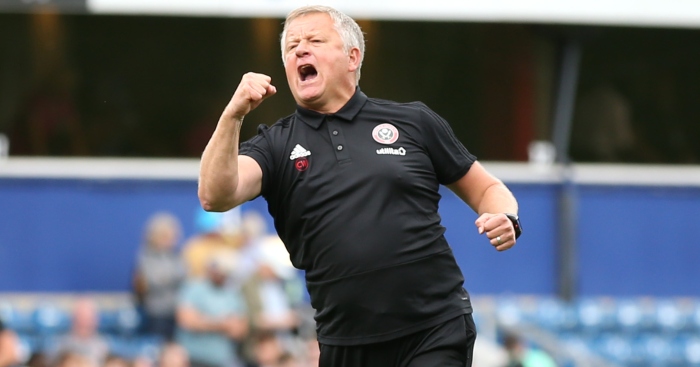 Oliver Norwood has one of the best crosses/set-piece deliveries in the championship and that is where Sheffield’s strength lies. They are exceptional from set pieces, crosses and exploiting the wide areas. They play an expansive, attractive style of football with a huge emphasis on crosses, instincts and just letting players express themselves. Defensively, the wing-backs drop deep and almost make it as a back five with 3 midfielders ahead of them. Dean Henderson, on loan from Manchester United, has been one of the signings of the season. He has managed to keep 21 clean sheets averaging 2.4 saves per game and only conceded 41 goals, the joint best defensive record in the league.

Sharp and McGoldrick have scored 38 goals between them making Sheffield United one of the best teams to watch. Wilder’s unique style of play has managed to provide a great balance between attacking and defensive football and how well he will adapt to life at Premier League remains to be seen.

Sam Allardyce once famously remarked that if he was named ‘Allardici’, he would be managing in the Champions League. A similar joke went around last season at the EFL awards where the host drew a parallel with Chris Wilder. Maybe PSG is a bit far fetched for Wilder right now but all we know is both teams play with a back 3 and two strikers. Chris Wilder, however, won’t plan on leaving his boyhood club anytime soon. A club whose values are rooted deep into his veins and his love for the club is there for everyone to be seen.

“My family are all from these parts and I’ve never forgotten where I’ve come from because it keeps you grounded. I just love the city and I hope we’ve brought a little bit of pride back to the red and white half of it in the last couple of years.” – Chris Wilder

Wilder, who watched Sheffield United play from the terraces around Bramall Lane, Wilder who started his managerial career in the 9th tier of the English footballing pyramid, who takes a bus to training will now manage his boyhood club in one of the most prestigious leagues in the world. This is the romance of football. He has already won the LMA manager of the year award for the recently concluded season ahead of the likes of Pep Guardiola, Nuno Espirito Santo, and Jurgen Klopp and it feels like he’s just getting started.

He has managed in the 9th,5th,4th,3rd, 2nd tier of the footballing pyramid. At the age of 51, it’s safe to say that the words ‘Still I rise’ can be used to describe the Yorkshireman. While the poem may have a totally different meaning, Chris Wilder’s journey from Alfreton town to the premier league is best described by using those three words.

His rise from non-league football to a Sheffield folklore is inspiring to say the least and whatever happens in the Premier League with Sheffield United, the romanticism of his journey so far cannot be tarnished.