Sergio Kun Aguero bagged his 7th goal of the season against Norwich and maintained his record of scoring in every gameweek until now. The Argentine ranks top among all forwards for total attempts on goal (19) with 16 of them coming from inside the box. Also, no forward has been afforded more big chances than the Man city striker (7).

Manchester City’s opponents this week, Watford, are bottom of the league with the Hornets already conceding 10 goals in 5 matches. Only Norwich and Chelsea have conceded more. The Cityzens scored 57 goals at the Etihad last season, more than any other team at home soil, with an average of 3.2 goals per game. Similarly, Watford shipped 17 goals last season against the top 6 sides in away matches, conceding at an average of 2.8 goals per game.

What strengthens his appeal is the fact that he was benched midweek in the UCL where he was used an unused sub, which, ideally, points to him starting the game against the Hornets. He should add to his tally of 7 goals and improve on his average score of 9.2 points per game.

With a home fixture against Aston Villa, Aubameyang looks set to add to his 5 goals and 1 assist. The Gabonese forward has registered an attacking return in every gameweek so far and we won’t be surprised if he makes it 6 in 6.

Although Aston Villa have conceded just 6 goals in 5 games, 4 of them have come in mere 2 away games that they’ve played. They also rank 6th worst in terms of xGc (expected goals conceded) in away games despite playing an away game less than most teams.

Aubameyang registered 17 goal involvements at the Emirates last season and only Sergio Aguero and Sadio Mane scored more goals at home. The Gabonese International also had a points per game score of 7.4 against the bottom 8 sides at home last season.

With all the defensive issues Arsenal have, they’ll have to score goals to win matches and with the absence of Lacazette and Aubamenyang being on pens, a double-digit score could be on the cards.

Raheem Sterling is another standout pick for captaincy this week. Although he has failed to return in his last 2 matches, his underlying numbers are promising.

The England international had a total of 6 attempts in gameweek 5 against the Canaries, 1 of which hit the woodwork. He also created 4 chances in the game, 2 out of which led to being big chances.

The 24-year-old leads the way among midfielders for total attempts on goal with 18 shots, 16 of which have been from inside the area. No midfielder has been afforded more big chances than Sterling (8), 2 more than Mo Salah.

With City’s record in home games as discussed above and the stats that back Sterling paired with a mouth-watering fixture, the English international isn’t far from giving a big return at the Etihad.

Owned by just 5.6% of FPL managers, the South Korean could provide a great differential captaincy option. Since returning from his suspension, no midfielder has had more than his 13 attempts on goal. Spurs in general and historically have always done well against the Foxes with the North London side scoring 17 times in their last 5 meetings with Leicester. Spurs also lie 5th among all teams in terms of total attempts on goal in this season. What’s worth noting is that Son was rested midweek which, as we assume, should mean a guaranteed start for him against Leicester and if you are looking for a differential pick this week for Captaincy over the likes of Auba, Sterling, and Aguero; Son could be the answer to your question. 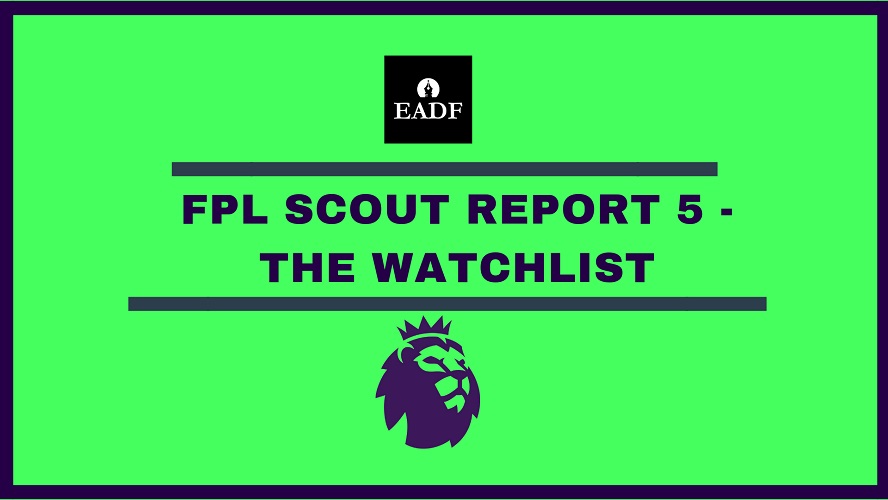