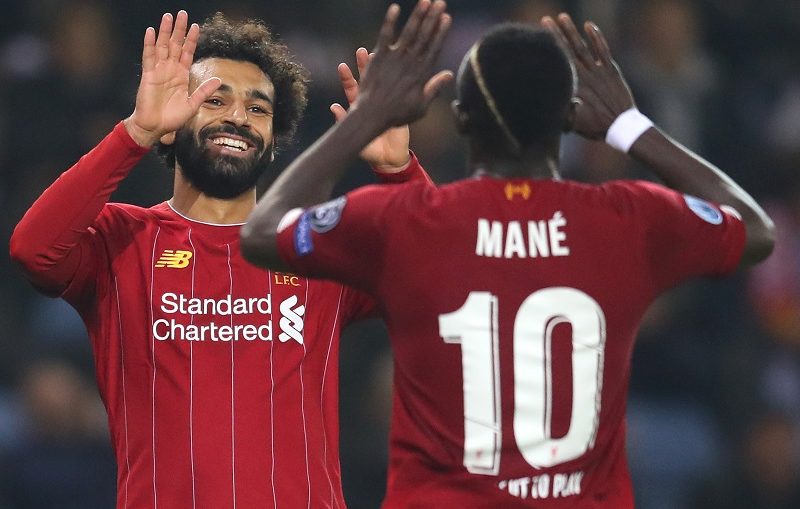 We’re back with the Captaincy Article ahead of Gameweek 14 where Liverpool and Leicester City assets top the charts as the best options among many more who have favorable fixtures this week.

The Vardy party is on a roll as the Leicester forward bagged his 12th goal of the season against Brighton following a retaken penalty. He has now returned two consecutive 12-point returns in two matches and fantasy managers will be hopeful of him repeating the feat for the third match in a row as the Foxes host an out-of-sorts Everton side on Sunday. The last four gameweeks have seen him return an impressive 12.5 points per game with six goals and three assists. Over the same period, the English striker has amassed an impressive tally of 12 shots on target and 10 big chances. Only Raul Jimenez has had more goal attempts and attempts inside the box than Jamie Vardy during this time.

The 32-year-old has netted 6 goals in 6 home matches this season, averaging 8.7 points match at the King Power Stadium. Everton have shipped 20 goals from gameweek 3 onwards, with only Watford, Norwich and Southampton having shipped more goals during this period. They’ve also shipped 7 goals in the last 4 gameweeks, with only Crystal Palace, West Ham, and Southampton faring worse. With Marco Silva already under pressure, this could be the perfect time for Vardy to face the Toffees and a double-digit return could be on the cards.

Sadio Mane and Mohammed Salah enter gameweek 14 as other strong candidates for captaincy as they face Brighton at Anfield on Saturday. Sadio Mane has scored in each of the last 3 gameweeks and has returned on 5 occasions in the last 6 gameweeks with only Jamie Vardy earning more FPL points than him. Over the season, only Raheem Sterling has been afforded more big chances than the Senegalese International, while only Mohammed Salah has had more shots on target.

Over the last four gameweeks, no midfielder has been afforded more big chances than Sadio Mane. Mohammed Salah is back after the niggling ankle injury that kept him out of the Palace game. Over the last four gameweeks, despite the Egyptian having missed a game, only Son and Pulisic have had more goal attempts while only Pulisic has had more attempts in the box and on target. Salah is also on penalties which should fare well for the Egyptian. Talking about their opposition Brighton, over the course of the season, only West Ham have conceded more big chances than the Seagulls, while only West Ham and Southampton have conceded more shots on target. They’ve also conceded 8 goals in 3 matches against current top 4 sides this season.

Tottenham Hotspur have had a dream start under the Special One, Jose Mourinho, with two wins in two in all competitions, having scored seven goals in the process. Heung Min Son looks like an intriguing option for captaincy as Spurs face a home game against the Cherries. Over the last four gameweeks, no midfielder has had more goal attempts or has been afforded more big chances than the South Korean international while only Pulisic and Salah have had more goal attempts in the box.

In the two matches under Jose Mourinho, Son has returned a goal and two assists and could easily add more to his tally as they welcome Bournemouth to the Tottenham Hotspur stadium in gameweek 14. Against WestHam, Jose Mourinho’s side had a staggering tally of 15 attempts on goal, amassing 5 big chances. However, Bournemouth haven’t been leaking goals lately with them having 2 clean sheets in the last four gameweeks. Although, if Spurs show the same attacking threat like they did against West Ham and Olympiacos, the South Korean could well be amongst the goals and could bear ripe fruits for Fantasy Manager’s captaining him.

With the injury to Tammy Abraham and with him potentially being out for the clash against the Hammers, Christian Pulisic looks like the main man for Chelsea going into this game. Although having an ownership of 13% doesn’t classify as a differential, with most Fantasy managers opting for the likes of Vardy/Mane/Salah/Son this week, Pulisic could emerge as a great captaincy differential. The American International boasts mouth-watering stats in the last four gameweeks despite having played Manchester City in that time. Over this period, no midfielder has scored more goals than Pulisic with him having scored five while only Son has had more goal attempts than the US International.

Also, no midfielder has had more attempts in the box or more shots on target in this period. Along with these insane stats, West Ham’s defense is something to consider that could encourage Fantasy manager’s to captain ‘Captain America’. The Hammers have conceded a staggering amount of 30 shots on target in the last four gameweeks, with no side having conceded more. Added to this, only Southampton have conceded more big chances than West Ham over this period. The only concern for Fantasy Managers would be his playing time and if he’ll get rotated, however, we are confident the American starts this game and most of the Chelsea games when fit and he’ll certainly be looking to give an early Christmas gift to his captainers, hoping to add to his tally of six goals in his last seven starts for Chelsea in all competitions.

Thanks for taking the time out and having a read. I hope you nail the captaincy pick this gameweek. Cheers. May your arrows be green!