Football is a funny game, they say. Going into the season, Burnley had lost two of their key players from last season (who contributed majorly to them avoiding relegation) in Michael Keane and Andre Gray to Everton and Watford, respectively. They were installed as the second most favourites to be relegated by the betting companies behind the newly promoted Huddersfield Town. Sean Dyche was linked with the job at Crystal Palace and apparently, was one of the favourites to take over from Sam Allardyce. However, Dyche did stay and in general, the summer from a Burnley point of view didn’t go too badly.

They replaced Gray with Chris Wood from Leeds United, the top scorer of the Championship, last season. They also signed Jack Cork from Swansea and snapped up Phil Bardsley and Jon Walters from Stoke City. Also, when Sean Dyche and his players returned for preseason training in July, they took up residence in a brand-new training facility, a physical indicator of the club’s prospering belief in their model and positive strides they were making as a football club. Overall, it wasn’t a big money spending spree like it was for many in England’s elite division, but Burnley made good use of the budget of what they had and the grind of another season towards Premier league survival awaited the Lancashire club.

It was now Burnley’s focus on how to cement its place in the Premier league, properly. The key, as evident as it was, would be to replicate the team’s incredible home form in away games. Last season, the atmospheric, old-fashioned Turf Moor had been something of a fortress for Burnley. Dyche’s team had won 10 out of 19 games at home and pushed big sides like Chelsea, Manchester City, Arsenal to the very end.

On the road, though, Burnley had struggled big time. They had managed to win just one game away at eventually relegated Hull City and lost 14 in the process. They did, however, manage to get a 0-0 draw away at Manchester United in incredible circumstances despite United having 37 shots at goal and pretty much dominating the entirety of the match. This in many ways showed what Dyche wants from him team – determination and the will to put their bodies on the line for a common cause.

So, the obvious area of improvement and priority was to ensure that they did much better away from home than they did last season. Then bang, in the middle of June, this season’s league schedule was released. The first five away games were at Chelsea, Tottenham, Liverpool, Everton, and Manchester City. After all their problems away last season, this felt, if anything, a little unforgiving. But boy, the way they managed to negotiate those fixtures was nothing short of astonishing.

They got a famous win at Chelsea on the opening day and granted, it was under mitigating circumstances where Chelsea were reduced down to 10 men very early in the game. But then, Burnley did not stop there. They managed to snatch a draw in the dying moments at Wembley against Tottenham, and took the lead at Anfield before they went away with a draw. Burnley also beat Everton quite convincingly, and although they did lose to Manchester City, (just like pretty much everyone have done this season) they must not have been too downbeat about their display. Considering the fact that not many would have given them a chance to get anything from their first five away games, a tally of 8 points from 15 in those places wasn’t too shabby an effort, was it?

From a tactical standpoint, Burnley have employed a 4-4-2 formation which becomes 4-5-1 without the ball and 4-2-4 with the ball. Burnley and Sean Dyche defend with a low block with wide players in Robbie Brady and Johann Gudmundsson tucking in and helping the fullbacks in their own third of the pitch. Sean Dyche has also made a change in the way they play by using Jack Cork and Steven Defour as a part of a midfield pivot. Burnley, with all due respect, did not really attempt to play the ball through the thirds last season, but that has changed quite a lot with these two midfielders who have enough quality to contribute in an attacking sense. Dyche has used Jeff Hendrick in that second striker’s role to win possession from knockdowns from a target man like striker.

Chris Wood, Scott Arfield, and Sam Vokes have all been used in that Centre Forward role which requires the ability to press whenever necessary as well as the ability to be a target for players from deep to pick out. This makes them a threat going forward and Full Backs in Matt Lowton and Stephen Ward have shown that they have the quality to create some problems for the opposition in the final third.

Defensively, as you would expect, they are very well-drilled and sound at defending under pressure. Burnley’s aim is not to avoid conceding chances completely — “That’s not possible,” Sean Dyche has said on several occasions, but to limit the number of “golden” opportunities the opponents might have. According to the statistics, no Premier League team has blocked more shots or made more clearances than Burnley. Ben Mee and James Tarkowski, the Burnley’s Centre Backs, rank second and third in each category. Jack Cork is up there, as well, in terms of number of blocks made. Burnley defending with a narrow and low block make it difficult for the opponents to play through the middle and force them to go wide. This means that they can make headed clearances and they are very adept and comfortable doing that.

With Cork and Defour in front of the defence, they make interceptions and blocks from long range efforts. Burnley’s best player last season, Tom Heaton, was ruled out for several months with a dislocated shoulder and his replacement, Nick Pope, has been nothing short of a revelation, this season. He has been one of the best performers this season and no Goalkeeper has made more saves per game but that is not a surprise, as Burnley have allowed more shots than any other team. Burnley may concede the most shots, but they also give up the “lowest quality of opportunities to its opponents of all Premier League teams”, as per statistics. 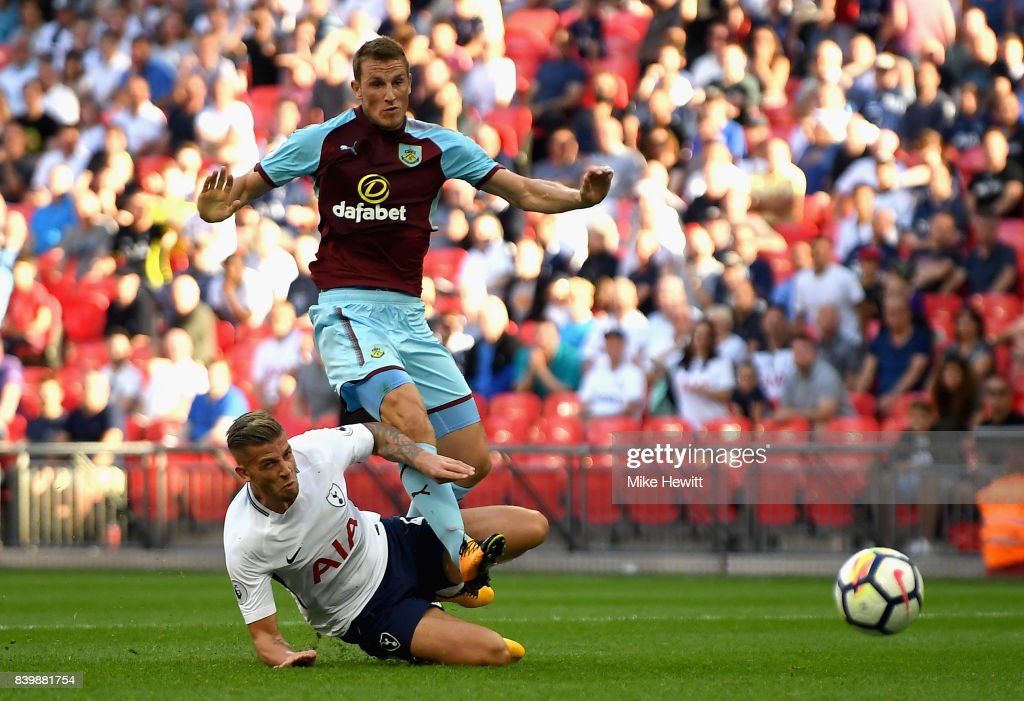 They have conceded only twelve goals, a defensive record bettered only by Manchester City and Manchester United, and matched only by Chelsea. Burnley are currently on seventh place, behind sixth-placed Tottenham only on goal difference. While there is every chance that this run will not continue, and that they eventually slip down the table, it makes for fascinating reading, for now.

This is more so true because of the prevalent perception of Burnley being a team of indomitable, hard-edged journeymen finding a way to survive among the connoisseurs of the Premier League on nothing more than grit, fight, and undeterred resolve. Maybe, that is why after his side were hard done by a tough penalty decision in the dying seconds of the game, Sean Dyche said, “There is no way that penalty was not going to be given in that moment of the game.” While Burnley might not satisfy the expectations of the idealists and romantics, they are a bloody good football side capable of giving anyone a run for their money!

The post Burnley and the power of synergy. appeared first on El Arte Del Futbol.