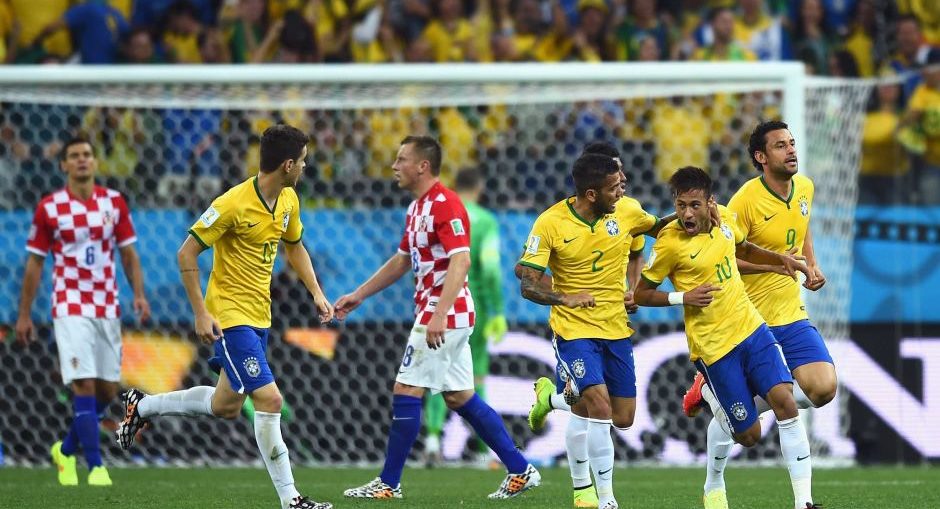 Brazil are the favourites to triumph in Russia and bookies are backing them to record a win in their penultimate friendly match before the World Cup against Croatia
The two sides met for the opening game of the previous World Cup in Sao Paulo and played out an extremely entertaining match, and they are meeting at anfield this weekend in what should be another exciting friendly!
Brazil were rampant and imperious under coach Tite winning the CONMEBOL tournament very easily after a stuttered start. On the other hand, Croatia needed a Play-Off win over Greece to qualify for the World Cup. The Balkan nation is expected to make it through into the knockout stages in Russia.

The fitness of Neymar remains a concern for Brazil, with the Paris Saint-Germain forward having been missing for the last three months. Neymar has been training with his national team-mates this week and it remains to be seen whether or not he gets any minutes at Anfield.

Renato Augusto and Douglas Costa will miss Brazil’s World Cup warm-up friendly against Croatia in England this weekend due to injury, the Brazilian Football Confederation said on Friday.

Costa will travel with the squad to Liverpool but will not play in Sunday’s match due to a thigh strain.

However, Renato Augusto, the Beijing Guoan midfielder who has been a regular starter under coach Tite, will stay in London to have physiotherapy on an injured left knee.
The five-time World Cup winners also face Austria in Vienna on June 10. 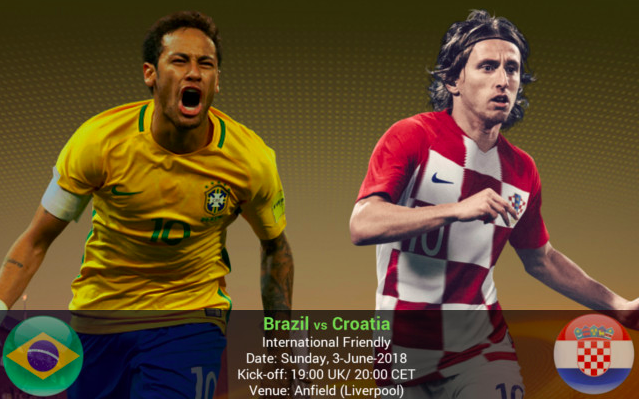 The Selecao had a rough patch after the humiliating the 2014 World Cup. A quarter-final exit in the 2015 Copa América followed by a group stage elimination in the 2016 Centenario edition saw a major overhaul in the team’s background staff.

Tite is the man brought in to stabilize the ship and he wasted little time in bringing the team back to its very best. The former Corinthians boss boasts a 79% win ratio with a +37 goal difference after 19 matches in charge.

Brazil is poised to have an easy ride in Group E this summer, against the likes of Costa Rica, Switzerland and Serbia.

On the other hand, Croatia had to sweat hard to book their place in the competition. They finished second behind Iceland in the group stage before defeating Greece in the playoffs.

The Blazers, without a doubt, have an abundance of talent in their ranks and is not limited to Luka Modric and Ivan Rakitic. However, they lack consistency at this level and this is why they had to take the tough route from a group they were easily poised to win.

A tricky summer is on the cards for Croatia as they need to battle out with Argentina, Nigeria and Iceland in Group D.