The most prestigious club competition in Europe, the Champions League is followed across the globe with much zeal. It is accountable for pitting colossal teams of diverse leagues, and bringing world class players and stars of many nations to prove their mettle. Clubs which have tussled their way to the top or have accomplished the top three or four positions are part of the Champions League draw. The defending champion gets direct qualification. Still, it may happen that certain teams are not able to qualify directly by their league standing. Nevertheless, they still have a spark of optimism to be part of this exclusive league. UEFA, the authoritative panel of the League, give such teams a brisk chance. Each qualifying team is given an equivalent chance, thereby making a statement that domestic leagues of all nations acknowledged by UEFA are taken into consideration. It in general emphasizes the fact that “Football is for all”.

The season for European Nights?? (Image via Liverpool Echo. https://goo.gl/icZf2r)

The process kicked off after sixteen days of the Champions League Final in Cardiff. After Real Madrid clinched a 4-1 victory over Juventus, in the Principality Stadium of Wales; the headquarters in Nyon, were witness to draws of the first round. The first round of draw saw ten teams compete with each other. These teams belonged to the European nations such as “Faroe Islands”, “Malta”, “Estonia”, “Kosovo”, “Wales”, “Northern Islands” and other European nations. They are teams from the domestic league of nations whose coefficient ranking is very low. In case of Kosovo it is 0.00. Hence, they play in the first round. The teams that qualified from the first round were “Vikingur” from Faroe Islands, “Hibernians” from Malta, “Alashkert” from Armenia, “The New Saints” from Wales and “Leinfield” from Northern Islands. The second draw saw first round winners joined by 29 other teams. These teams play in the leagues of European nations ranked low in the coefficient ranking system. The teams which joined them in the second draw were teams which play in the footballing leagues of countries like Cyprus, Luxembourg, Azerbaijan, Serbia, Belarus, Kazakhstan, Israel, Croatia, Finland, Denmark, Austria, Slovenia, Poland, Scotland and many other countries. The second round matches were played on 11th/12th July and 18th/19th July, home and away legs respectively. Out of these matches, the results were almost as predicted by footballing pundits, except for a few. Away goals decided one of the matches. There were a total of 34 fixtures out of which 17 teams qualified for the third round. The results of the second round are as follows: 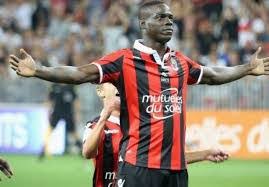 This meant 17 teams go through, to the third round. They were to be joined by 13 other teams which were a mixed bag. Among the 13 teams were winners of the football leagues of Greece, Czech Republic and Romania. Other teams were from France, Belgium, Switzerland, and Turkey. The third round also features Ajax. They were second in the Dutch League and finalists in the Europa League as well. It is in this round where the split between the Champions Route and the League Route takes place. The Champions Route merely meaning that the teams which have escalated to the next round. The League Round is, where there is a match between the teams qualifying on the basis of their league position. For instance, the match between Nice and Ajax who were third and second in their leagues respectively. The 5 teams for the playoffs are decided. The world also recognises the teams participating in the Third round of the Champions League. The stage is set. Let’s see which teams advance to the third round, to be played on 25th/26th July. Take a look into the key fixtures which take part in the third round. We’ll also see the players can influence the match:

The contention to become kings of Europe. (Image via 32 Flags. https://goo.gl/uwn8xi)

The round 3 commences on 25th/26th July, with the second leg being on 1st/2nd August. The 15 winning teams will meet the 5 remaining teams. These 20 teams will fight it out, where 10 teams progress further. These 10 teams will then join the 22 teams who have already secured a berth in the Champions League. These 32 teams will be awaiting the Champions’ League group stage draw scheduled on 24th August, 2017. The first match takes place on 12th/13th September, 2017. Till then one needs to watch out, which teams qualify for the most elite competition on the globe.