You are here
Home > Opinion > The big three of La Liga: who’s most likely to win the title? 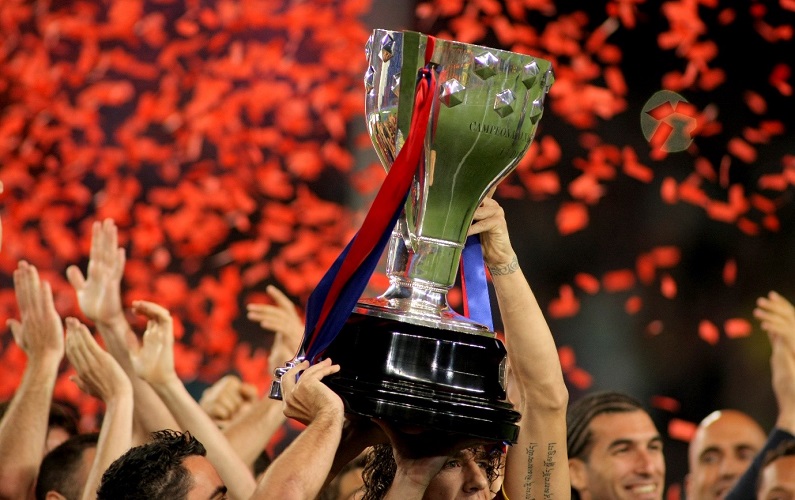 When it comes to Spanish La Liga odds, it’s becoming all too predictable to wager who will win the division. The big three of Atlético Madrid, Barcelona and Real Madrid have been dominant and in recent years, have battled it out at the top in their own ‘mini-league’. In fact, you have to go back as far as the 2011-12 season to the last time the big three weren’t the top three. That year, Real won La Liga, with Barça in second and Valencia in third – and Atléti all the way down in fifth. But who is most likely to win the title this season? Let’s take a look at the three La Liga giants in more detail.

Of the big three, Barça are the oldest club – founded in 1899 as Foot-Ball Club Barcelona. They won the inaugural La Liga title in 1929 and have gone on to lift the trophy a further 25 times, placing them in second for all-time La Liga titles. This century, they’ve been dominant, winning 10 of the last 19 championships – their most recent coming last season.

Real were founded in 1902, but are on top when it comes to La Liga titles, with 33 to their name. Their first came in 1932 where they remained unbeaten all season and impressively, they boast the record for the most consecutive league titles with five. A feat they have managed twice (between 1961-65, and 1986-90). Their last title win came in 2017.

Interestingly, both Barça and Real have never been relegated from the top flight, a record they share with Athletic Bilbao – having all spent 89 seasons (including this one) in La Liga.

Atléti are the closest club to challenging the other two, with 10 titles, since their forming in 1904. Previously under the names Athletic Club Sucursal de Madrid and Atlético Aviación, the club won their first title as the latter in 1940 – and won the league again the following year – winning a further eight times under their current guise. Atléti last won the title in 2014.

Diego Simeone was appointed manager of Atléti in December 2011 and in that time has led the club to domestic success, as well as European. El Cholo as he is known is somewhat a legend in Atléti’s folklore – not only for his feats as a manager but during his playing days. Never shy of controversy, due to his passionate nature, you can’t deny that Simeone doesn’t get the best out of his squad. He has a challenge on his hands this campaign, with the number of departures and arrivals though. 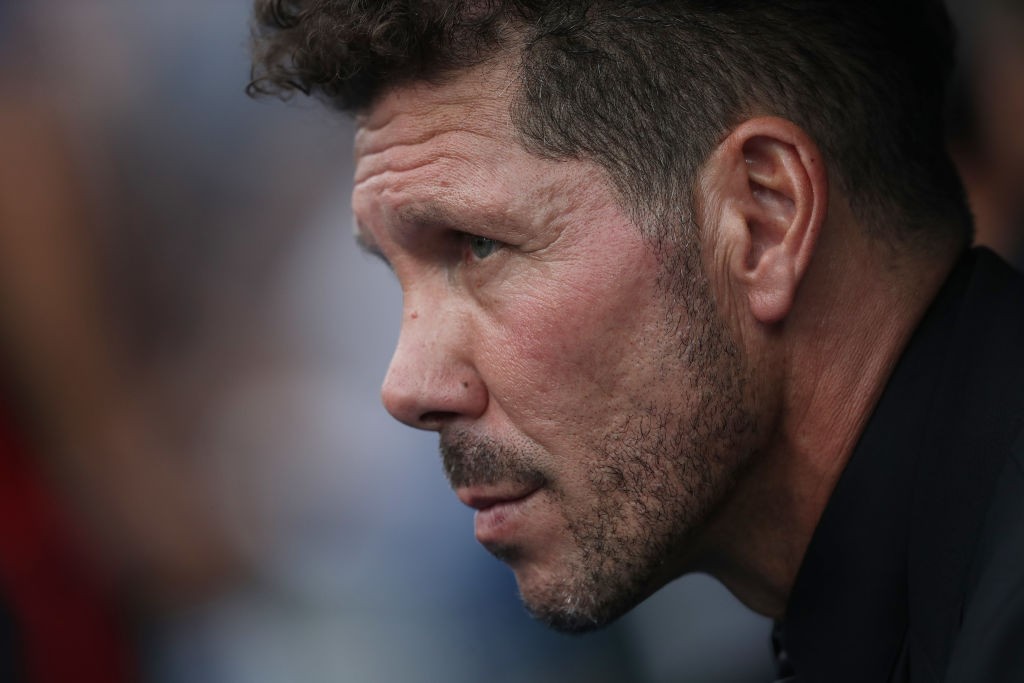 Ernesto Valverde has been at the Nou Camp since May 2017 and despite two league titles and the 2017-18 double of La Liga and Copa del Rey, many have been calling for his head for some time. He led the side to a 29-match unbeaten run during the 2017-18 season and that same campaign, remained without defeat until the penultimate game. However, many still cite Barça’s Champions League exit to Liverpool last season as a cause for concern.

Zinedine Zidane is in his second spell with Los Blancos, having previously managed the first team between January 2016 and May 2018. In that time, he led the side to three Champions League titles, as well as La Liga. Many were surprised when he chose to depart claiming “a change” was needed. However, the legend returned to Estadio Santiago Bernabéu in March. Another manager not short of controversy with his public spats with players, including Gareth Bale and Dani Ceballos – can Zizou control his dressing room and bring success back to the capital?

Atléti were busiest in the transfer window, bringing in eight new signings. But despite splashing the cash, their dealings were astute – future star João Félix joining from Benfica for £113.4m and Marcos Llorente from their fiercest rivals a steal at £27m; while they sold Antoine Griezmann to Barça for £108m and defensive players Lucas Hernández (Bayern Munich) and Rodri (Manchester City) departing for a combined £135m. 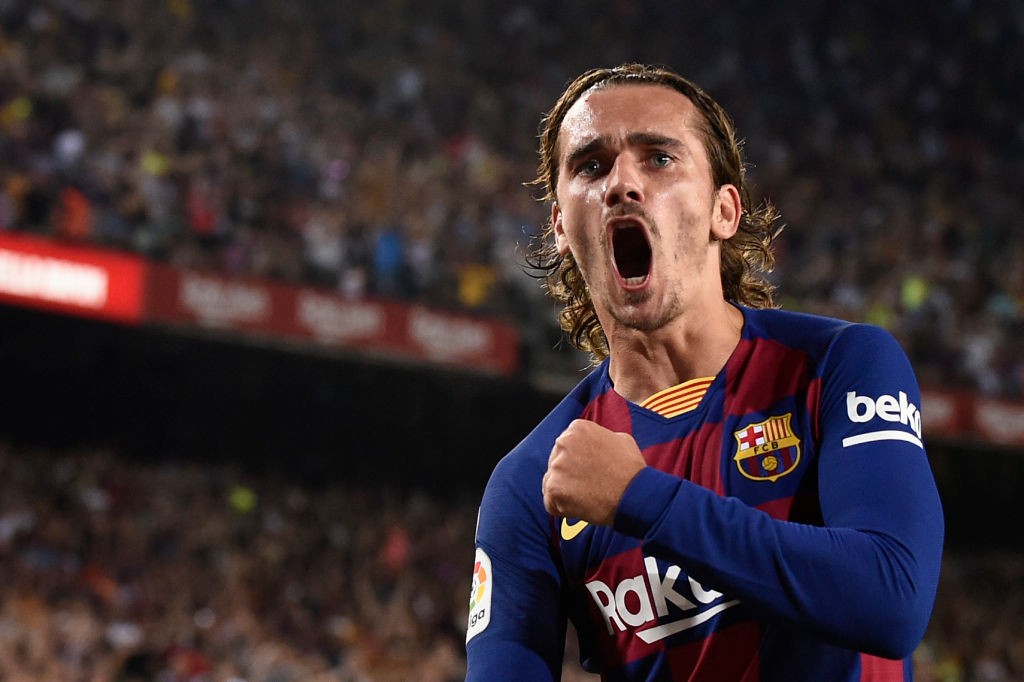 Read More | Fitting the Griezmann Piece in the Barca Puzzle |

Real were busy too – offloading players it seems. The majority have gone out on loan, with Ceballos and Jesús Vallejo joining the English Premier League at Arsenal and Wolverhampton Wanderers, respectively; while Zizou has sent his son Luca out on loan to Racing of La Liga 2. Undoubtedly, their star signing is Eden Hazard from transfer-embargoed Chelsea. The club failed to find an adequate replacement for Ronaldo and consequently suffered last campaign.

Barça too, saw plenty of departures, with players leaving on free transfers or loan spells, including former Liverpool winger, Philippe Coutinho. The club spent 229.50m in the window, with almost half of that going on Griezmann.

It wasn’t the greatest of starts for Barcelona who lost away to Athletic Bilbao in their opening game; while there were wins for both Los Rojiblancos and Los Blancos. After matchday two, Sevilla sit at the top, with Atléti in second – both teams boasting 100% records. Real were held to a 1-1 draw over Real Valladolid, while Barcelona picked up their first points of the campaign with a thumping 5-2 win over Real Betis.

In terms of the crunch matches between the sides, El Clásico takes place in October at the Nou Camp, with the Madrid derby a lot sooner, next month at the Estadio Metropolitano. With the title more often that not, won in the final few games, how do each our big three finish up their season?