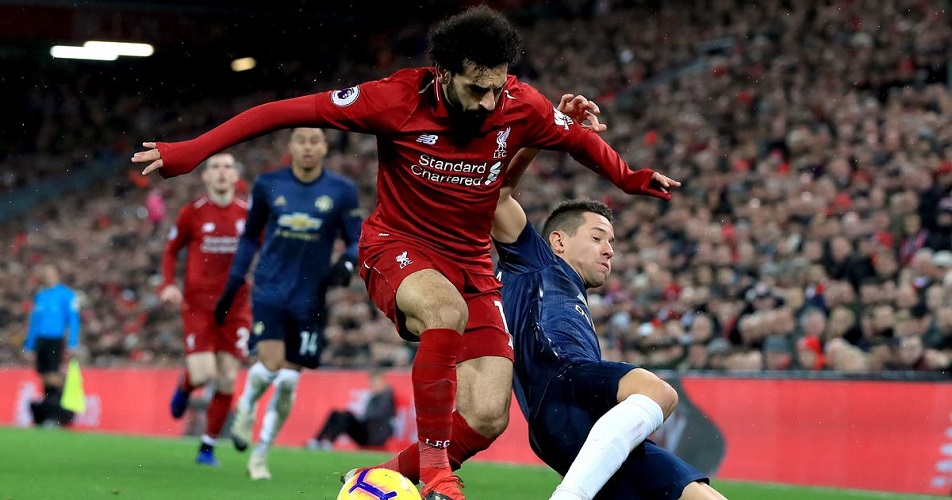 With 89 major titles, 201 games and a history that transcends football between them, this, the biggest game in English football, hardly ever requires a back story. But Liverpool’s fall from the summit in the Premier League era and Manchester United’s relative struggles in the post-Ferguson period have meant that that has not always been the case. This time, however, things are different. Liverpool are closer to that elusive Premier League title than they have ever been, and this is one of their biggest obstacles. The Reds’ marathon has fast become a sprint to keep their noses ahead of a relentless Manchester City juggernaut.

As for United, they would like nothing better than to stop their bitter rivals in their title bid. However, it’s as much a case of helping themselves as it is their neighbours, with Arsenal and Chelsea still just a point behind them in the race for the 4th spot, despite the astonishing reversal of fortunes.

Manchester United arrived at Anfield in December expecting nothing. They left with no points after having had a footballing lesson dished out to them. Paul Pogba sat aloof on the sidelines, seemingly the embodiment of United as a football club: a shadow of their former selves. Jose Mourinho looked a defeated man, more determined to earn his termination payout than to mend bridges with a group he had long lost the faith of.

Fast forward just a matter of two months, and United are flexing their muscle on the pitch once more. Ole’s at the wheel, and United are in cruise control. The return to the Old Trafford dug out of Mike Phelan has made United a force to reckon with once more. 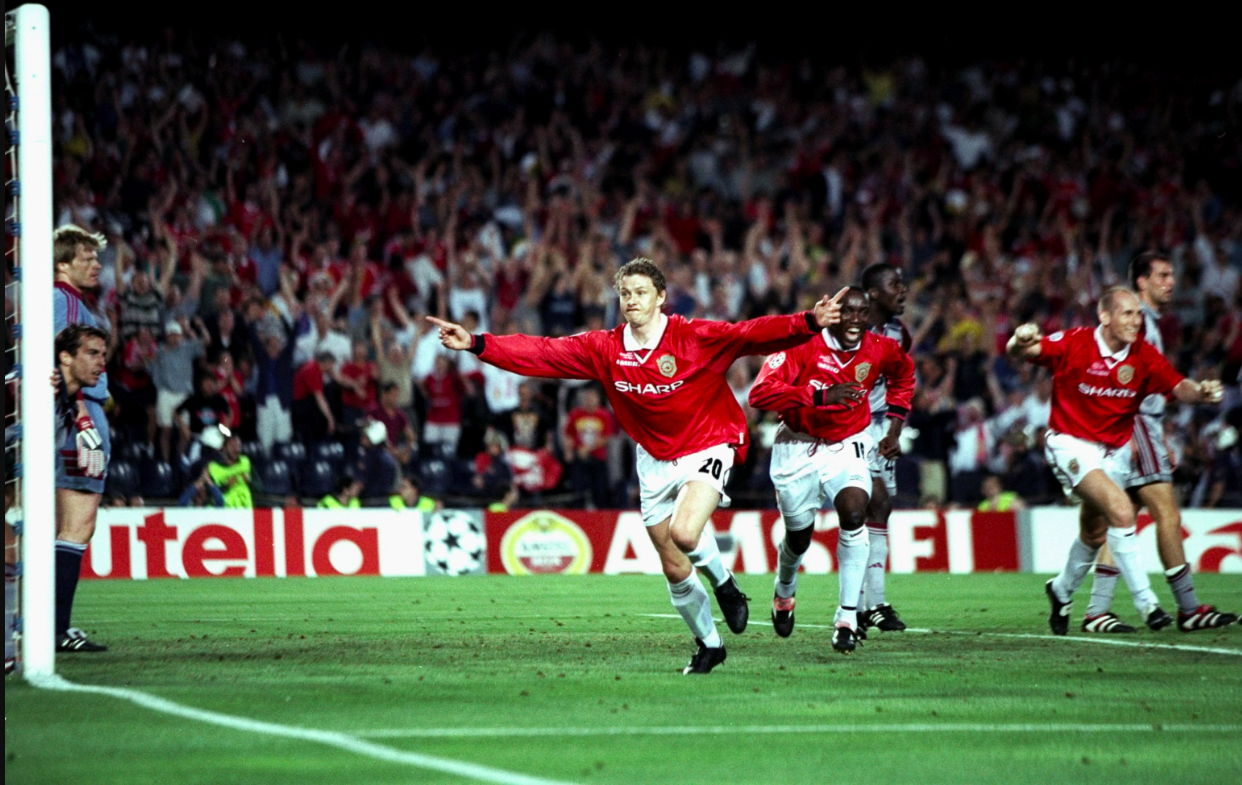 Under previous management, there was talk of ‘football heritage’ and how United had underachieved. The new regime is refreshing. The Norweigan speaks all the right words; of how United must always look to exert their influence on every game. There is talk of Sir Alex Ferguson leading the team talk prior to the game this weekend. The clamor around Paul Pogba and his happiness at the club is no longer as sharply in focus. His performances have greatly improved. Pogba is making the right passes, getting into the box, taking players on and being a threat to the opposition on an impressively consistent basis. United are their old swaggering selves.

United under Solskjær against the weaker oppositions United have looked to have lots of the ball and use the intelligent running and dribbling of Jesse Lingard and Anthony Martial in the final third. The pair alongside Marcus Rashford is undergoing a renaissance and offers Pogba movement to exploit. Playing in the left of a midfield three, in a pocket between the forward line and his defensive rear guard; Pogba makes United tick. With running ahead of him, Pogba picks out and releases players.

With protection behind him, he can surge into the box and make telling contributions. In the big games, United exploit these strengths selectively. They have used Pogba to feed Rashford’s off the shoulder runs, as against Spurs and Leicester. They have used Romelu Lukaku to get on the other end of similar balls against Arsenal and dictate play. It is a plan based on safety, but exciting when United get the ball. They are likely to follow a similar blueprint this weekend.

What will have worried Solskjær is evidence that has surfaced in the light of the game against Paris Saint-Germain in the Champions League. When United are given the ball to pick holes through a defense, they rely on Pogba. Marquinhos did a fine job on the night, shutting off Frenchman’s time and options, illustrated by the measly 33 passes he made compared to his average of 65 per 90 under his new manager. One of Liverpool’s midfielders, likely Marquinhos’s compatriot Fabinho, is to be delegated with similar responsibilities, but it will be up to Pogba to stamp his authority on the game. Should he be taken out of the picture, United will find it very hard to score against what is an excellent rear guard.

PSG managed to frustrate United and counter with searing pace, and that will give Jürgen Klopp confidence his men can execute a similar plan. Despite all their attacking majesty recently, United will find it hard to score, but one feels they must net the first goal of the fixture. If Liverpool were to grab it, they are likely to shut up shop and frustrate the Red Devils.

That is easier said than done, however. Before their win in December, the Reds were winless in eight league games against their nemesis, and it was often down to the struggling attack. Jose Mourinho seemingly had Klopp’s number before the German put him to the sword, thwarting the fast-moving and fluid attack by expertly curbing those instincts. Ashley Young shutting down Salah and inspiring performances from David de Gea come to mind.

It seemed like it might be another one of those afternoons when the sides met earlier this season, but Klopp’s introduction of Xherdan Shaqiri turned the game on its head. His match-winning cameo underlined his importance as the x-factor which opposition teams might not necessarily be prepared for. However, the Swiss international has tailed off somewhat in the New Year. Klopp will hope that he can call upon the pint-sized dynamite for some extra ammunition off the bench again.

HOW THEY WILL LINE-UP

United are likely to go with Ashley Young and Luke Shaw as the full backs. The former remains a worrying source of porosity in the rear guard, one which Sadio Mane and Andy Robertson will relish doubling up on. At center-half, Victor Lindelof picks himself on the back of his fine performances this year. Eric Bailly is likely to start, his pace will be useful in this game. In midfield, United will start their favored three of Nemanja Matic, Paul Pogba and Ander Herrera. Herrera has been in fine form recently, and the Basque midfielder could be charged with stopping the likes of Fabinho and Gini Wijnaldum getting on the ball and making Liverpool play.

The home side were dealt a double injury blow in their Champions League defeat by PSG when Martial and Lingard hobbled off with groin and hamstring injuries respectively. Although the original diagnosis ruled out the pair for up to three weeks, Solskjær has hinted they could return on Sunday. Whether these are mind games to throw a spanner into the works of Klopp’s preparations or genuinely positive news for the home side, remains to be seen. In the event that does not occur, United might opt for Alexis Sanchez and Juan Mata. Lingard’s absence could leave Young exposed, a potential chink in the United armour. Marcus Rashford will lead the line, and after his heroics in this fixture last year, expectations are high.

The visitors continue to be without center-backs Joe Gomez and Dejan Lovren. Alex Oxlade-Chamberlain is close to finally returning from his lengthy layoff, but this game comes too soon for him. Van Dijk’s return to the starting eleven after his suspension in midweek will be a big boost. While Liverpool’s defence and attack pick itself, the midfield, as has been the case for much of the season, remains an area for contention. Fabinho deputised ably for Virgil van Dijk against Bayern, not giving much of a sniff to Robert Lewandowski.

One would think that he takes up his usual station as the number 6 for this game. With Georginio Wijnaldum largely excellent and proving to be undroppable this season, the last place in the middle of the park could be a toss-up between skipper Jordan Henderson and Naby Keïta, both of whom were excellent in different roles in midweek.

It all boils down to the kind of approach the Merseysiders decide to take across the M62. With three points a must at this point of the season, the feeling is that Klopp may roll the dice and go all out for the win.

Both teams look set to line up in 4-3-3s. What makes it all the more fascinating is the way their approaches will mirror each other, meaning it could well come down to individual brilliance. Then again, when you look back at the talent that has graced this fixture, it should really come as no surprise.

Jürgen Klopp promised to be sitting with a Premier League title to his name within 4 years in his first ever press conference as Liverpool boss. These are the games his side must win if they are to go the full distance. The German can take heart from the club’s last two title bids – in 2009 and again in 2014 when they came to Old Trafford and they won big.

A Liverpudlian title tilt. A Mancunian charge for Europe. The game will be a spectacle worthy of the occasion as these two illustrious empires clash once again.

Shaqiri and Martial image via BBC