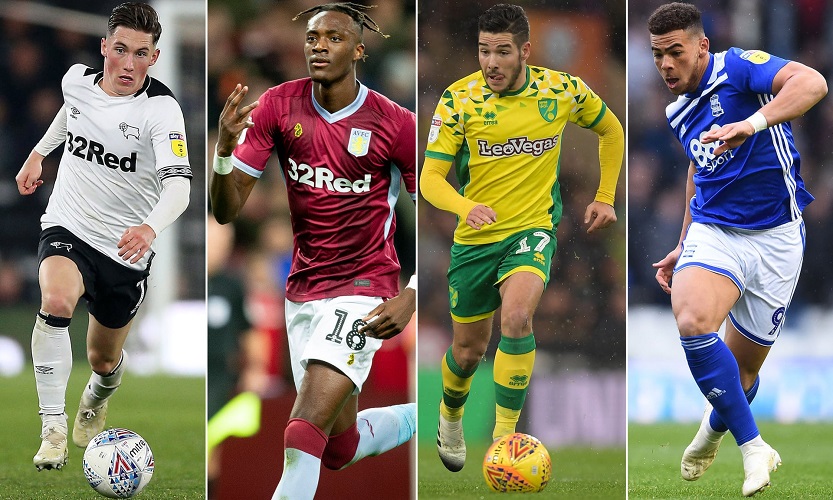 It has been another thrilling season in the Championship and with just a couple of games left to play, we already know that Norwich City have been promoted to the Premier League, while their rivals Ipswich Town (along with Bolton Wanderers) will be plying their trade in League One next season. One of the highlights of the campaign, however, has been the talent on display, with a number of loan players making a big impression in England’s second tier – in the hope their parent clubs are watching.

From promotion hopefuls to the division’s top scorer, you can find all the latest Betfair English Championship odds here. But first, let’s run through some of the best young talent on loan in the Championship from this campaign.

He may have missed Villa’s victory last weekend against Millwall with a shoulder injury, but Tammy Abraham has been virtually ever-present in the Villain’s front line this season. Despite coming on a substitute for parent club Chelsea in their Community Shield defeat to Manchester City in August, the 21-year-old was soon shipped out on a season-long loan to Villa Park.

Abraham’s been instrumental to Villa’s play-off push, chipping in with 25 goals in 37 appearances and is currently the division’s second top-scorer. Having spent the last two seasons out on-loan, first at Bristol City and last season with Swansea City, it will be interesting to see whether he will make the step-up next campaign and feature for Chelsea. Failing that, Villa will most likely try to make the deal permanent should they gain promotion back to the Premier League, and Abraham will likely spearhead the attack.

He’s made quite the impression at Pride Park this season and is currently Derby’s top-scorer with 14 goals, meaning Harry Wilson is likely to be highly sought after this summer. One of those suitors will potentially be his current club, following his positive breakthrough campaign on loan from Liverpool. When talking about the trio of loanees at the club (Mason Mount, Fikayo Tomori and Wilson) manager Frank Lampard told the Telegraph:

“It is a question for the summer. On a selfish note, I want them with me. I have loved working with them all, so if I could have my own way, I’d keep them”.

A very late brace from the 22-year-old last weekend at home to Queen Park Rangers put the Rams in the play-off places and with a game in hand over Middlesbrough in seventh, Lampard will be looking for Wilson to grab a few more goals in the remaining fixtures to cement their place in the top six.

Reece James has had a very impressive loan spell at Wigan Athletic this season, which has seen Brighton & Hove Albion put a bid in for the young right-back – only for it to be rejected by parent club, Chelsea. At 19-years-old, James has been ever-present for the Latics this campaign and has even chipped in with three goals, including a wonder-strike at the beginning of the month in a 2-2 draw against Bristol City.

Having signed a four-year contract with Chelsea in June last year, the likelihood is that James will go on another loan spell next season to gain more match day experience – and he was even named in this year’s Championship Team of the Season.

He has already represented England from U16 to U21 level, and Dean Henderson has caught Gareth Southgate’s eye with his fine displays in goal for Sheffield United this season. The 22-year-old has certainly contributed to the Blades’ promotion charge this campaign, as they sit in second, three points behind Norwich and three points ahead of Leeds United in third. Not only has he amassed 18 clean sheets in 42 appearances, but the England hopeful has conceded just 39 goals.

Henderson signed from Carlisle United as a 14-year-old back in 2011 and last season had a successful spell with Shrewsbury Town, which saw him named in the League One Team of the Season. According to ESPN, not only are Premier League clubs including Arsenal and Tottenham Hotspur after his signature, but he’s gained massive interest from the continent, with Bayern Munich and Juventus also keeping an eye on him.