When this fixture was announced, it set pulses racing. A clash between two brilliant footballing countries. One with their finest generation, another a perennial favourite on this stage. A lot of the talk leading up to the game was about Roberto Martinez’s inability to manage this group of players for Belgium. Yet, as Romelu Lukaku set off on a freight train run to release Kevin de Bruyne for the game’s ultimately decisive goal, Martinez was vindicated. Brazil’s fading magic seemed to be giving way to a new Belgian dawn. On this night, the World Cup lost all its South American flair and magic but gained unique stories from Europe for us to fall in love with, none more so than the Belgian golden generation.

Belgium started with a 3-4-3, using Axel Witsel and Marouane Fellaini as deeper presences, to free up de Bruyne alongside Eden Hazard and Lukaku in an exciting front three. Brazil opted for 4-2-3-1 but were without Casemiro. A three of Willian, Neymar and Coutinho operated off Gabriel Jesus. The release of de Bruyne and absence of Casemiro would prove to be critical. The game started with Brazil applying the early pressure. A Brazilian corner fell to Thiago Silva, who failed to make clean contact with the ball, seeing it strike the post instead. Another corner, a few moments later, found Paulinho unmarked in the box, only for him to make a hash of the chance.

Brazil would pay for this just a few minutes later. On the 13 minute mark, Hazard’s corner found Kompany, who flicked the ball on to the elbow of his Manchester City compatriot, Fernandinho. Alisson had no chance as the ball deflected goalward, and Brazil were stunned early. A rather uneventful spell followed, with Brazil yet to get their tempo going and Belgium relying on Hazard’s turns on half-way and speed to get them upfield.

The game’s biggest moment arrived on the 31st minute. A Belgium corner, cleared by Fellaini found its way to Lukaku inside his own half. Turning, and charging at pace, he beat three men. Lukaku when fed facing goal is a defender’s nightmare with both strength and speed. When made to hold play up like he does often for Manchester United, he isn’t as lethal. But this was different. He slipped a pass through to de Bruyne, who shot from the edge of the box, arrowing a shot past Alisson into the bottom left corner.

With Brazil now in serious peril, alarm bells started ringing and Roberto Firmino replaced Willian at halftime.  As Brazil slowly upped the ante, chances started to come, but they weren’t clear-cut. Brazil often found themselves without someone to meet balls into the box and failing to convert rebounds.

The likes of Coutinho and Costa kept shooting from range, while Neymar failed to turn his movement down the left into something tangible. Courtois was certainly up for the fight as well and comfortably handled all goal-bound efforts. As Brazil threw the kitchen sink at it, a goal did come. On the 76th minute, Coutinho dinked in a delightful ball, to be met by Renato Augusto and headed home. Firmino had a chance on the swivel soon after. When Coutinho was fed by Neymar in a great central position in the box, only to completely miss the target, Brazil were a team defeated.

If ever a game was defined by quality individual performances, this was it. Belgium’s front 3 was electric and showed their full promise at last. Lukaku was a menace all night, with his speed and movement. Kevin de Bruyne had some wonderful linking passes on the transition, and his goal was superbly taken. But special praise must go to Eden Hazard. Having been criticized in the past for not having the work rate to match his skill, today was a real show of graft. Willing to receive the ball and run into pockets at all times, Hazard also brilliantly won foul after foul, running down the clock.

Special praise must go to Courtois, who was efficient in goal and pulled off a number of smart saves. For Brazil, this was, by and large, a forgettable night. While the likes of Marcelo and Coutinho did make a good fist of the contest, serious questions must be asked of the team as a whole. 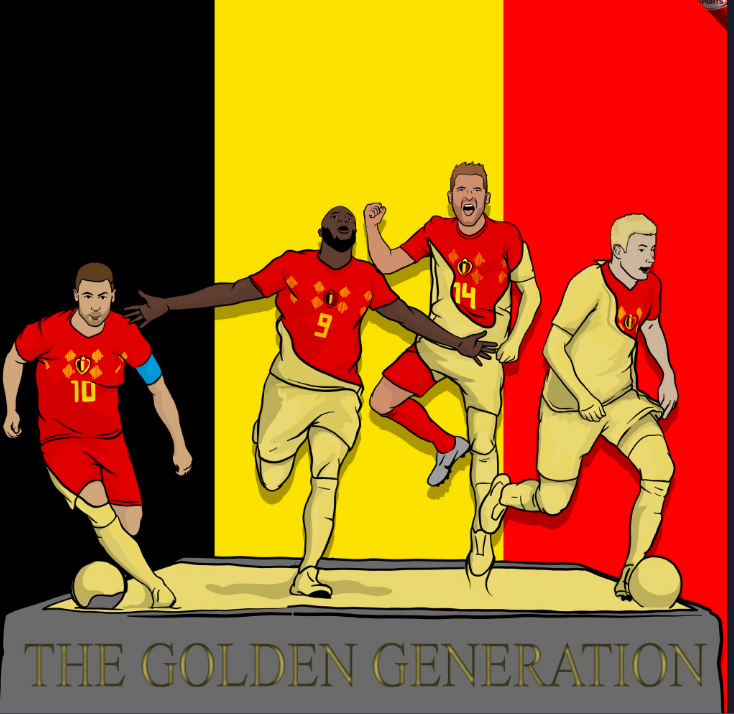 This is the first time Belgium have made the Semis, since 1986. Brazil will not win the World Cup for a fourth edition running. Having trailed 2-0 at halftime and failing to turn it around, they continue the streak of no World Cup team ever having done so. Brazil have now been eliminated by a European side the last four editions running. Belgium have had 9 different goal scorers at this tournament, the highest of all the teams.

And so as the dust settles on another day of football in Russia, one cannot help but wonder if football is undergoing a cycle of change. So many of the favourites have been exposed for their over-confidence and naivety, giving in to well-drilled and hard working sides. But that wasn’t the case today. Belgium in their own right, are as packed with stars as Brazil. And they took the fight to them all right, playing superb football and entertaining us all. The game against France in the semi-final should be an absolute cracker. For Brazil, serious re-thinking needs to be done. The talk of winning the World Cup this time now seems very rushed and premature. With time, maturity and fresh blood they will be back at some point. But now, roll on the Belgian Red Devils, for the show must go on.