Barcelona are set to host Eibar at the Camp Nou on Matchday 19, as they look forward to increasing their lead at the top of La Liga.

The Catalan giants are currently table toppers with a 5 point lead over Atletico Madrid, and 10 points clear of bitter rivals Real Madrid, while Eibar are on the 13th position struggling to score goals. They have got only a win from their last 6 matches.

The Blaugranas have managed to maintain their winning streak in La Liga after a rather disappointing game against Getafe with a 2-1 victory,  Luis Suarez’s stunning volley from outside the box led them to victory against the side from the Spanish Capital

In midweek, Barcelona faced Levante in the Copa del Rey but came out of the first leg a goal down. It was a dreadful performance, and Barça were lucky to be down only 2-1.

Lionel Messi and Suarez have managed to maintain their top form in the league. The Argentine has 16 goals in the league, while Suarez has managed 12, making them the two leading scorers in Spain’s top flight at this stage of the campaign.

This fixture would also see Marc Cucurella return to what he considers home. The Barcelona B full-back is out on loan at Eibar, and said that playing against his parent club would be special for him and his family. 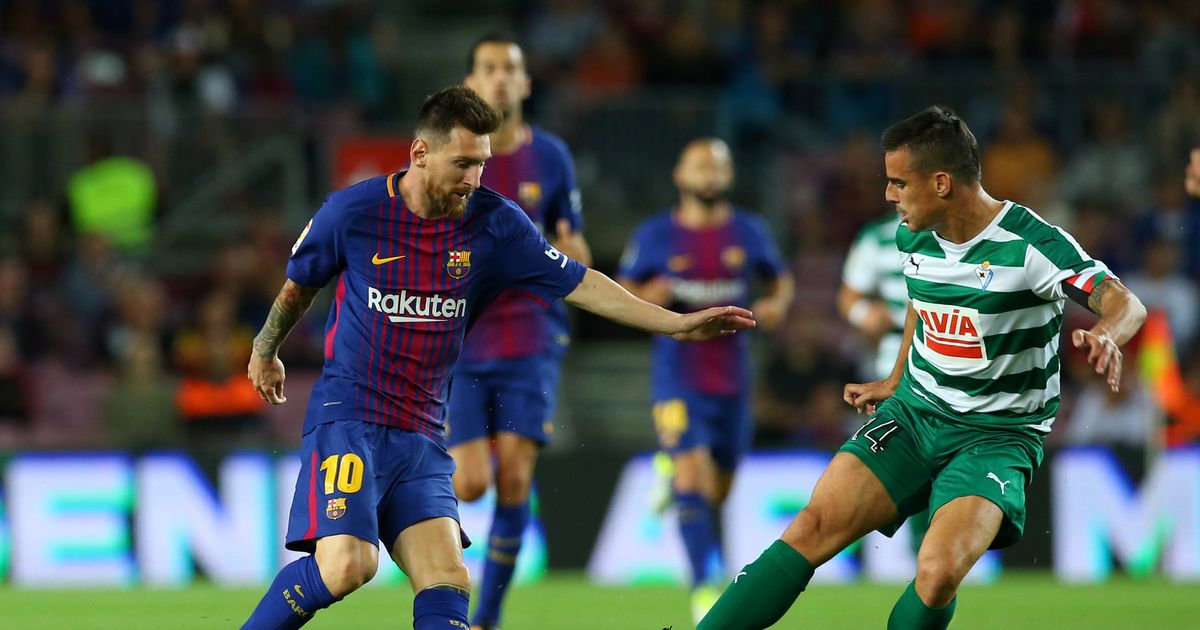 The Catalan giants have their backup striker, Munir el Haddadi moving out after an agreement with Sevilla a few hours ago.

While on the other hand their out of form Basque opponents haven’t won a single game after beating Real Madrid at the end of November. In fact, they have picked up just four points from a possible 15 and have almost been drawn into the relegation battle.

For a team struggling to score goals in the league, this would be a stout one. Given the fact that Barcelona haven’t conceded a goal in the Camp Nou after their 5-1 victory against Real Madrid, it’d be a daunting task for Eibar to pull off a victory or even a draw in the Camp Nou.

Most of the regular starters of the team were rested during the Copa Del Rey match against Levante mid-week. They should all be back into the starting eleven on Sunday.

Samuel Umtiti, Thomas Vermaelen and Rafinha are unavailable due to their injuries.

Malcom’s inclusion has fans longing for him to start, and with Eibar struggling, he MIGHT just get his chance.

They have had a major injury setback with their most important defender Ivan Ramis unavailable with a muscle problem. Pedro Leon would be missing the match as well due to a foot injury. Leon would be out for the entirety of the month, and will come back to action in early February. All other crucial players are fit and ready to play.

Barcelona recorded a 2-0 victory over Eibar when the two teams last met in the Basque County in February 2018 which was followed by a 6-1 victory for the Catalan Giants at Camp Nou in the reverse fixture of the season. Since Eibar have found it tough to find the back of the net in most cases this season and Barcelona currently on a winning streak in La Liga are most likely on the road to another victory. That being said, we predict a 4-0 win for the home side.