You are here
Home > Originals > Bale-ing Out: The Flickering Finish of the Welsh Flame 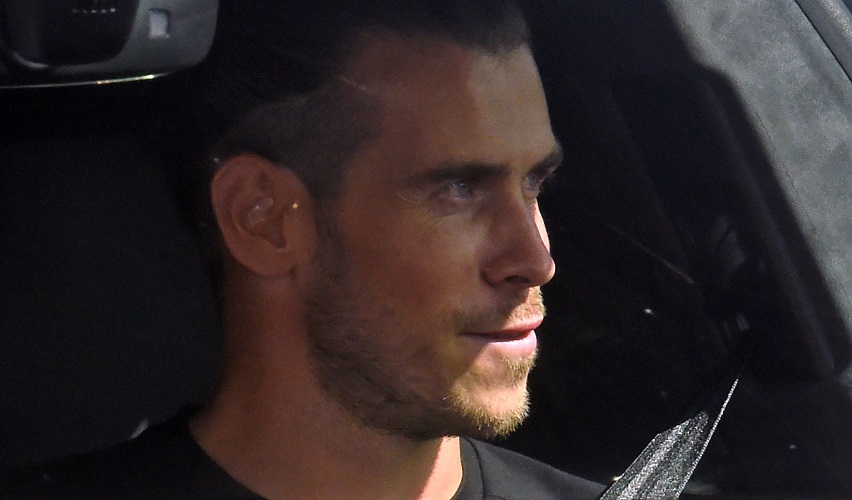 Mythic folklore doesn’t speak of the end of a dragon’s life with as much aplomb as it does its heyday. The novelty of a fire breathing colossus whittled down to a chained beast, domesticated by overexposure. Gareth Bale’s arc, however, seems now to have a glimmer of a different end. The once heir-apparent Ronaldo looks back to an old love, as he negotiates a messy divorce with Real Madrid.

For neutrals, it seems tricky to choose a side to empathize with. The Welshman proclaimed “I need to be playing week-in week-out” after a brace of world-class goals from the bench, to seal Real’s 13th European crown. With Ronaldo’s departure, Bale seemingly got his wish. Bale had to rise to the occasion, with the proverbial torch being passed. A promising tally three goals and three assists at the season’s start showed that Real could truly look to life without Ronaldo and Zidane.

Painfully familiar calf and ankle injuries accompanied a solitary goal in the next 12 games. Bale didn’t weigh the burden of Real’s failures, but his tally of 8 goals and 4 assists flattered to deceive. With the arrivals of Rodrygo and Hazard, the writing was on the wall.

Without any European suitors who’d pay his massive 650k/week salary, Bale took the unlikely step and brokered a move to Chinese Super League side Jiangsu Suning. The move crumbled at the 11th hour. Injuries to Asensio and Isco left Real bereft of firepower. That is when the proverbial jazz music stopped.

What proceeded was one of the ugliest dressing downs of a one destined bond. The Welshman mentally checked out of the club, happy to warm the bench and earn his millions. Every comment amplified, and every move criticized. After securing Wales’ berth in the Euro’s the cacophony reached its height. With a wide grin, Bale held a Welsh flag that read “Wales-Golf-Madrid, in that order”.

Madrid’s stature was being openly ridiculed by one of its most expensive stars, leaving the Los Blancos faithful irate. Bale was duly relegated to the bench, despite full fitness. ‘Bale preferred not to play’ and publicly doubled down by admitting that he wanted him out ‘sooner rather than later’, for both parties sake.

Ousting Bale ‘by any means’ is the strategy of choice for Real Madrid. His flag will be every bit as much his epitaph in Spain as the four European Cups he won. Good play, good riddance.

Bale’s future remained up in the air, till interest from his old club Tottenham Hotspur surfaced recently. Rumours turned concrete, and before you knew it, Bale was taking selfies with fans through his car window. It’s as close to romance as you can get in this pandemic period. Fairy Tales aside, this is a markedly different side Bale is coming back to. Aside from Lloris, Bale returns to a different side, in a different stadium, with a different set of demands.

He’s not coming back a soaring beast, but a wounded wyvern trying to discover flight.

Popular discourse will slice and dice every which way Bale can benefit the current lineup. That, however, distracts from a core truth below the surface. Bale needs Spurs more than they need him. The fans might not expect of him what they used to, but they will give him a reason to love the game again. Unlike his time at Real, Bale was the main man at Spurs. Gilded with personal honours, he was the team’s greatest player of the modern era. His performances against Inter, AC Milan and Manchester United, to name just a few, gave birth to a cult-like following few Britishers ever receive.

He returns to North London a grizzled veteran, scarred by whistles from his own supporters, looking for solace. In the familiar arms of the Spurs faithful, the Welshman is unlikely to be exalted to the state of a demigod. He will, however, be entrusted to perform like the champion he once was. Giving his trophy starved teammates a show of real quality, bringing their burgeoning embers to full flame.

The Enemy of My Enemy

The man who Bale’s future depends on is one who fortuitously knows his plight all too well. Having built the spine of a team that would breed unprecedented success, Mourinho’s methods burned the bridges he created. A fact not lost on Mourinho is how pivotal Bale was to that spine.

Mourinho was asked about Tottenham’s interest in re-signing Bale and the Spurs boss claimed that he wanted to sign the Real Madrid man when he was still in charge at the Santiago Bernabeu.

He was quoted by the Mail saying: “Even before that, I tried to sign him for Real Madrid which was not possible to do during my time there. But the president followed my instinct and my knowledge and the season I left he brought Gareth to the club.”

To his credit, Bale made no secret of his feelings toward Mourinho, when the Portuguese signed for Spurs.

“Having [Jose] Mourinho there is an amazing statement from the club, I think he’s a serial winner.

“Tottenham want to win trophies and I don’t think there’s a better partnership than Mourinho and Tottenham together to try and win some trophies.”

Bale seems like the marquee signing for Spurs, in a window dictated by more practicality than pomp. It is one, however, that gives Spurs’ campaign a real sense of purpose.

It could unravel at the earliest point, however. Both Bale and Mourinho are as stubborn as they come. Not really a match made in heaven. If there is one person who’ll whip Bale back to his best, Mourinho doesn’t seem like a left-field candidate.

His past was prodigious, his present is painful, but his future could be the hero’s return to complete the journey. His new number 9 could signify the last life he has left because for Bale it truly is.