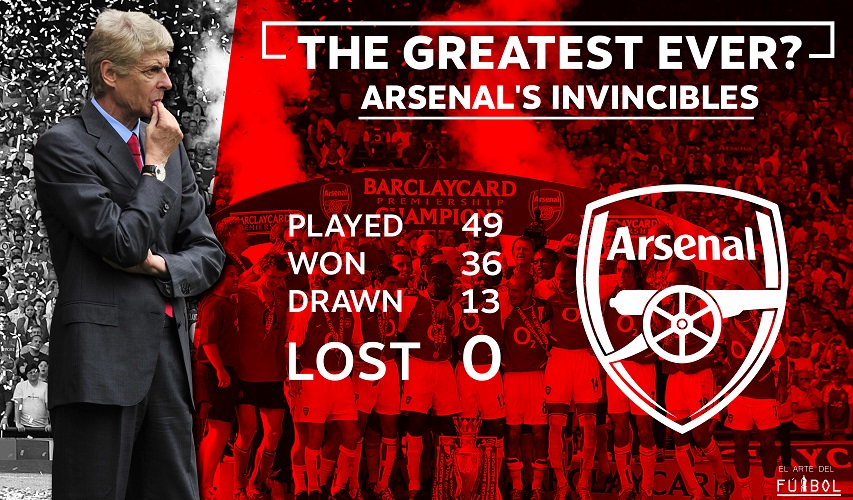 Written by Varun Shah Played 38, won 26, drawn 12, lost exactly none. Words that will echo in the ears of Arsenal fans for years to come. Arsenal’s last Premier League triumph is easily their most memorable and arguably the greatest achievement of the Premier League era. This league is one

“Arsenal are my boyhood club, I’ve been with them since I was eight, so that’s 10 years. I just want to go back there stronger because at the time I was at Arsenal I was 16, 17 and I didn’t feel confident. I didn’t think I was a man, but 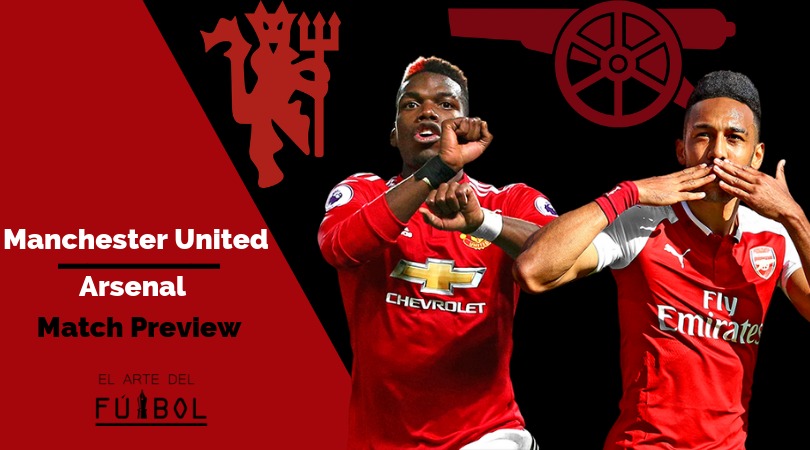 15 years ago, we would have looked at this game as a title decider. But how times change! Post-2005, Arsenal have never looked the same and gradually descended from title challengers to top 4 challengers. On the other hand, Manchester United, under Sir Alex went from strength to strength, winning 5 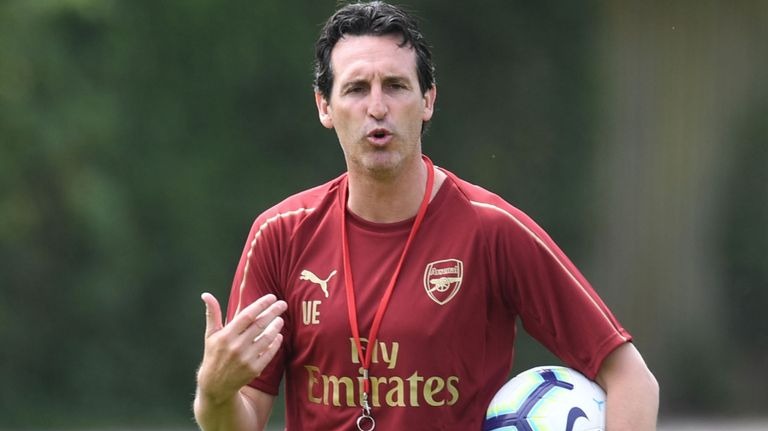 After two successive defeats to begin their season, Arsenal have well and truly found their feet and turned things around. The 13 games following their defeat at the hands of Chelsea have given the footballing community a glimpse of what can be expected from Emery-ball. There has been no looking

Well, that was a game and a half! The Premier League produced yet another classic as Arsenal defeated Cardiff 3-2 at the Cardiff City stadium. On paper many expected Arsenal to win. Cardiff are new comers in the league and they had not scored a league goal until this match. This 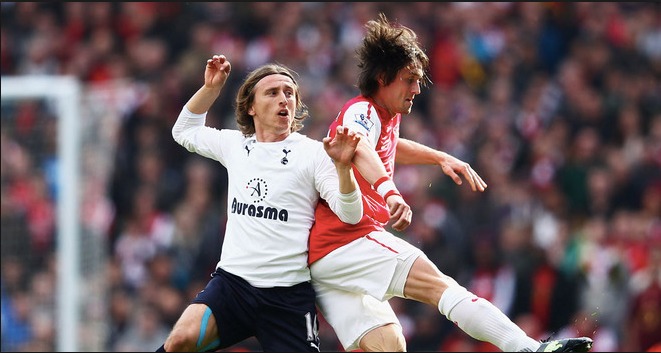 Arsenal 5-2 Tottenham Hotspur – 26th February 2012 The 2011-12 season was a roller-coaster ride for many an Arsenal fan. From the rock-bottom lows of the 4-0 defeat to AC Milan and the unforgettable 8-2 disaster at United to some pretty impressive wins away at Chelsea(5-3) and Liverpool(2-1), fans were kept 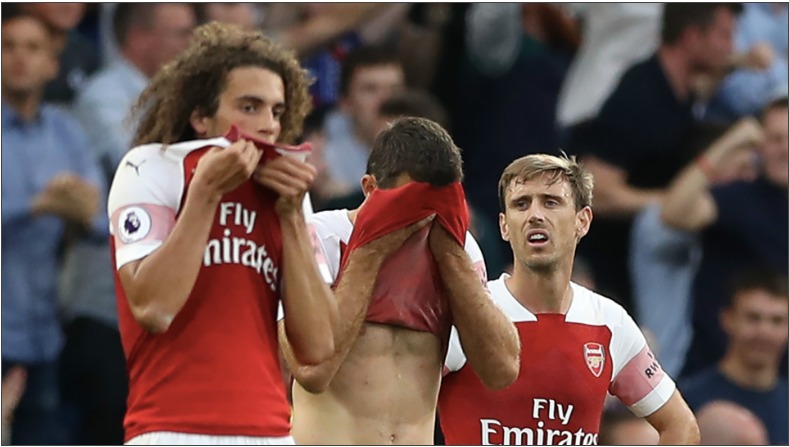 If someone thought the 2-2 draw between Chelsea and Arsenal was entertaining at the Emirates last year, they need to look at this match. Arsenal may have lost 3-2 on the day but there were some good signs for Unai Emery and his men. A lot has changed since last season

After what has undoubtedly been a World Cup for the ages, pundits and fans are geared up for what promises to be another enthralling season of Premier League football. Heralded as the most captivating competition on the planet, all eyes will turn towards one mouthwatering contest in particular as Arsenal

It has been a World Cup full of surprises. Countries like Argentina, Spain, Germany and Portugal are already out and we aren't even through to the quarter-finals! If anything, seeing a heavily supported team going against an impressive lesser team is not how the script of this World Cup was 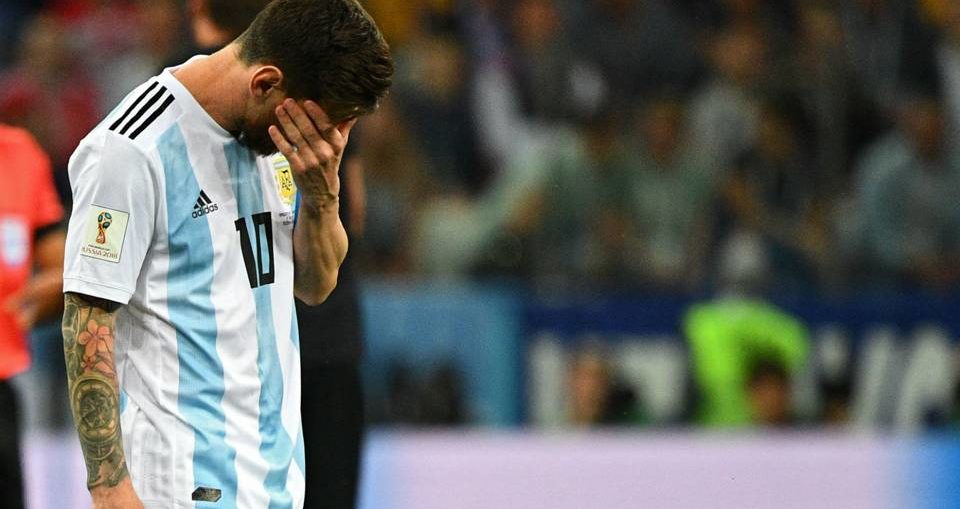 Well, not too many people saw this coming. The World Cup is on the brink of having claimed its first big fish. Argentina! Who'd have expected them to lose in this manner to Croatia? Croatia showed they were the better team over the two halves and were able to capitalise

Cometh the hour cometh the man! Fans at the Fisht Olympic Stadium in Sochi were treated to an early 'Game of the Tournament' contender as Cristiano Ronaldo scored yet another hattrick to steal a late 3-3 draw for Portugal vs Spain. It was an absolute treat of a match, especially for 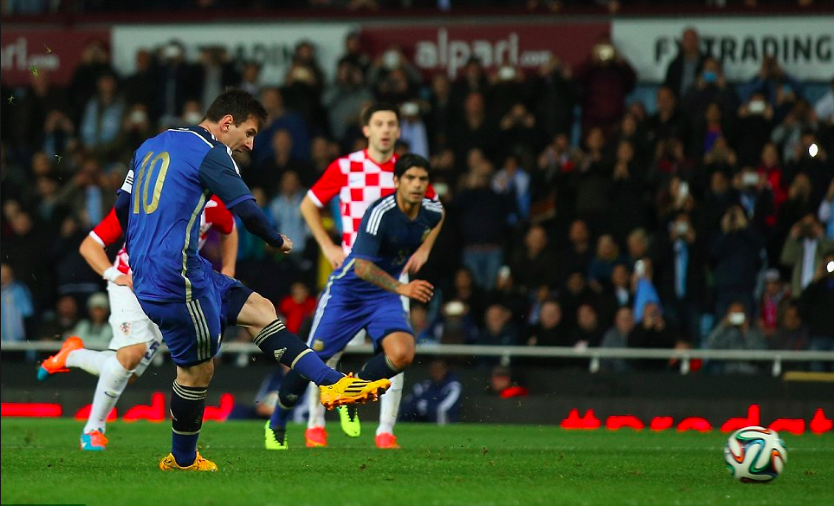 Group D comprises of Argentina, Croatia, Iceland, and Nigeria this World Cup. In prospect, this could be a very exciting group as it comprises of teams with a different spirit. On paper, Argentina and Croatia are the favourites to progress. But everyone knows how shocking it was when Iceland knocked England

The last few weeks have been an emotional roller coaster for Arsenal fans. Arsene Wenger is finally leaving. Depending on which side of the "#WengerOut" debate you are on, that could either make you feel wretched or relieved. Regardless of what people might think of Arsene Wenger, there is one 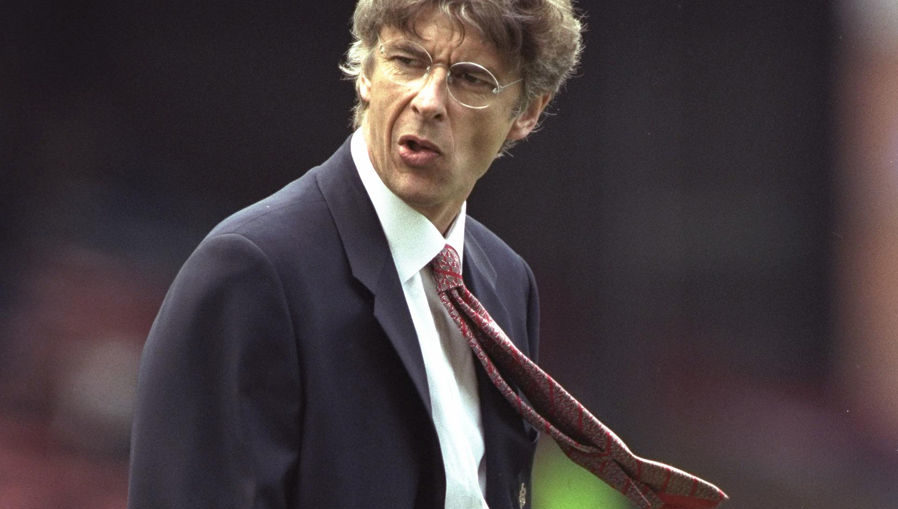 It’s a sunny afternoon on the 27th of May, 2017. Your team has just outmuscled and outclassed the Premier League Champions. Your contract is up after this game. You know you have given your heart to the club and have seen that football has moved on from the days in