Before the inaugural edition of the Arnold Clark Cup began in England, Athenea Del Castillo was training with her Real Madrid team mates for their next Primera Iberdrola match. Not even in her wildest dreams, would she have imagined that a national team call-up was just around the corner. Barcelona forward Mariona Caldentey sustained an injury to her biceps femoris in her right thigh against Germany in La Roja’s first game of the. Head coach Jorge Vilda decided to award Real Madrid’s 21-year old forward Athenea Del Castillo, an opportunity to flourish. This was her chance of showcasing her skill at a bigger stage in a tournament comprising teams like Germany, England and Tokyo Olympics’ Gold Medalists Canada.

Athenea can play on either wing in accordance with the team’s and coach’s demands. Primarily a LW, the young Real Madrid forward is known to perform well as the No.10 as well.

It was Spain’s second game of the Arnold Clark Cup as they faced hosts England; the scoreline read 0–0 after half time! Jorge Vilda decided to make a half-time substitution as he brought in Athenea & the spectators witnessed sparks of Athenea’s brilliance. Her flashy dribbling in the 71st minute after receiving the ball in a wide area helped her teammate Lucia Gracia get more space and a better scoring opportunity. A good link-up player, Athenea’s awareness to cut-in at the correct time was one of the things that stood out.

Athenea was a huge threat in the box as she often created an overload inside the English box. This also helped her teammates utilise the space left behind by England’s defence. 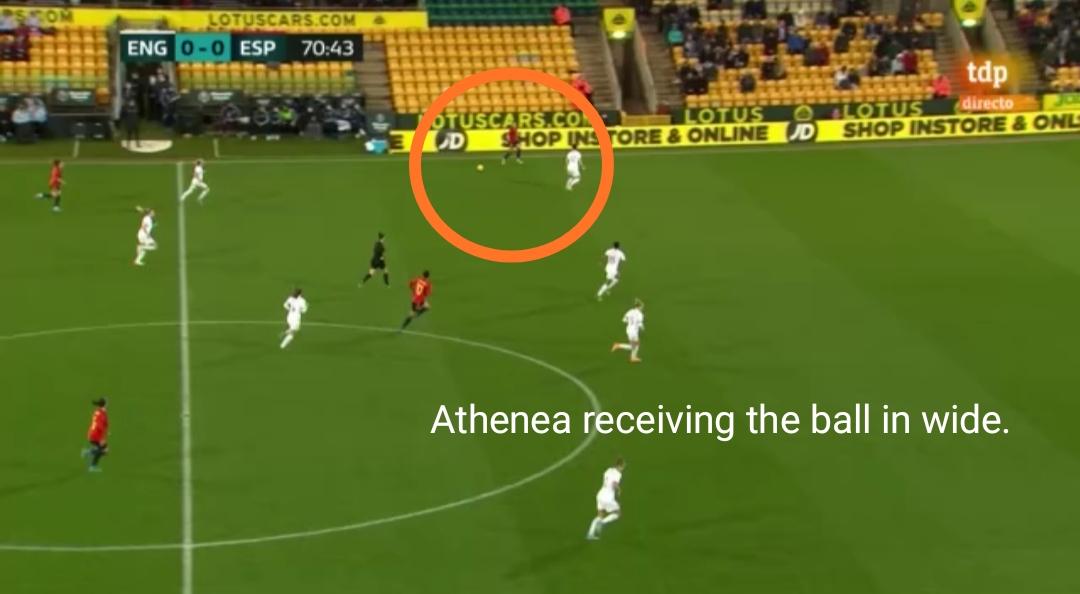 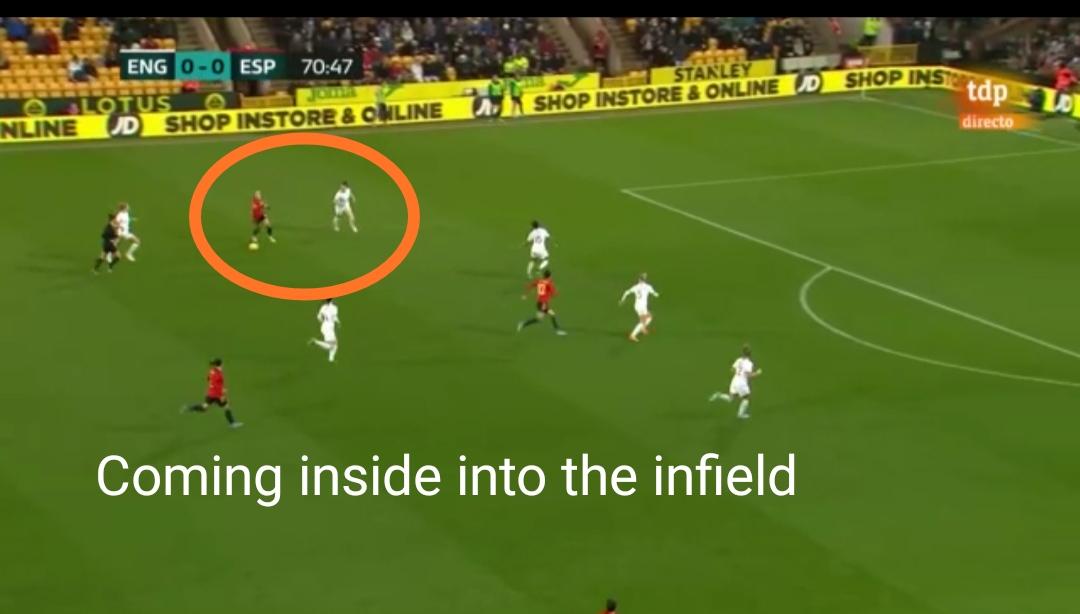 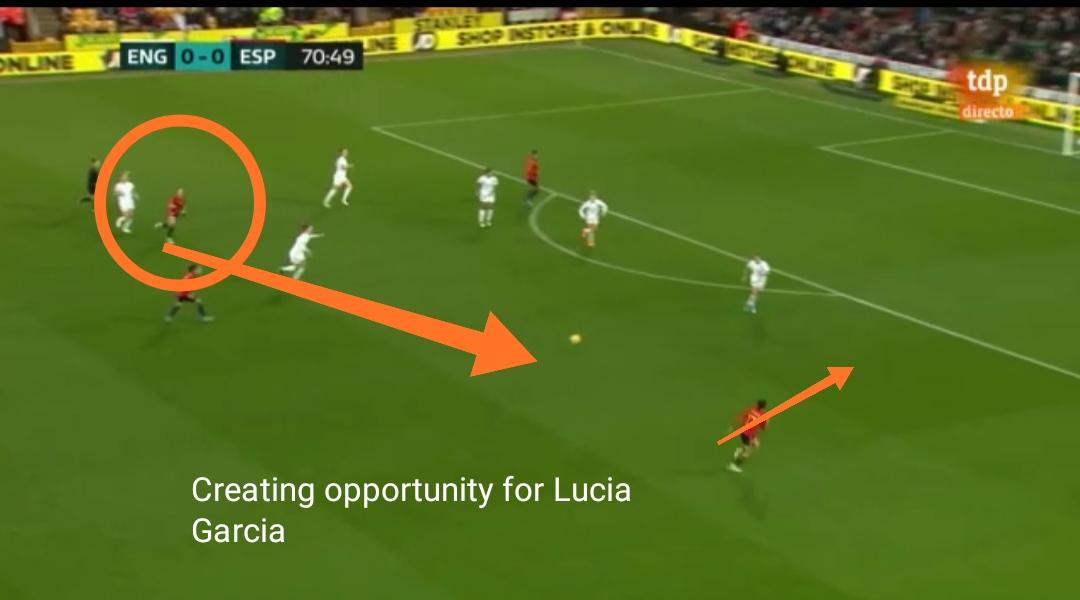 In the final few minutes of the game, Lucia Garcia received the ball from Ivana Andres; she managed to not lose possession and while doing so, she dragged two players out! While this was going on, Athenea decided to make a run inside the box as England’s RB Lucy Bronze was narrow and not wide. Athenea receive the ball from Lucia Garcia ahead of Lucy Bronze and tested Hannah Hampton, who was making her debut. 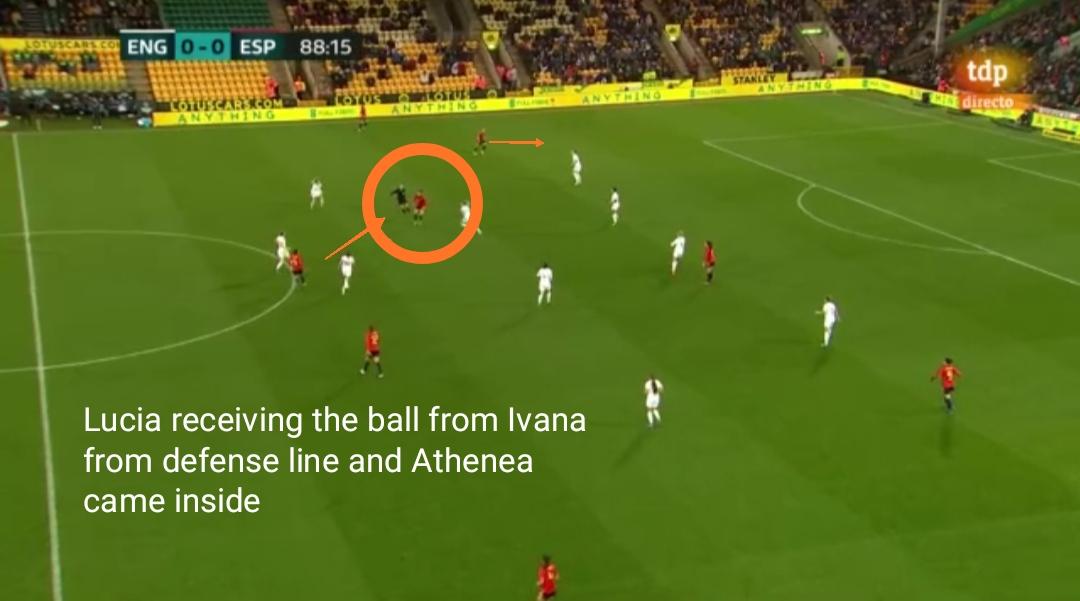 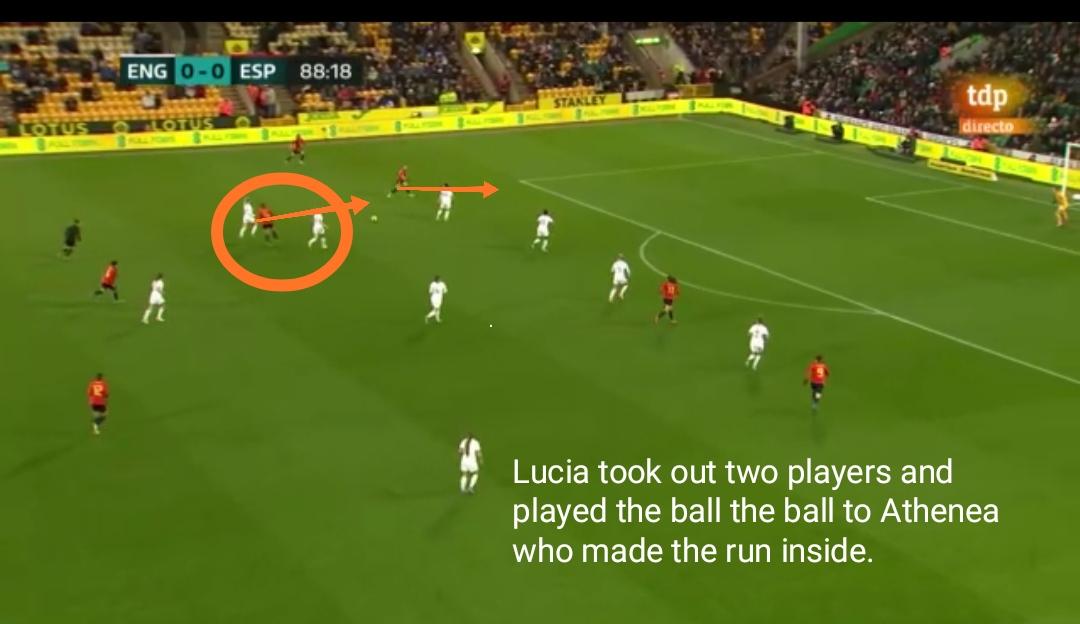 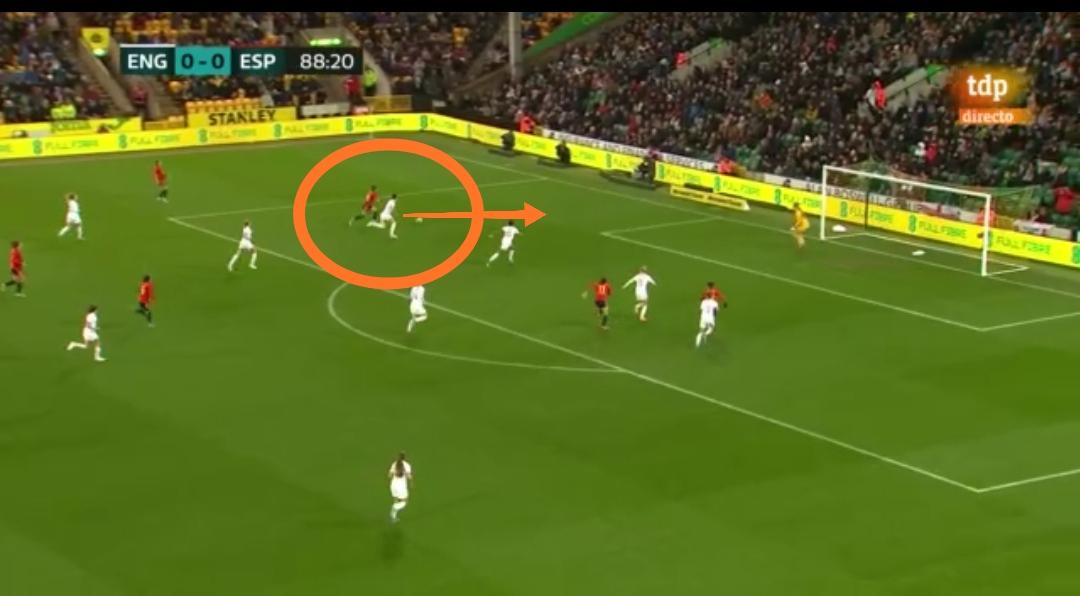 Athenea started this game alongside Cardona & Hermoso in a front three.

In the 19th minute, Canada’s Ashley Lawrence was in possession of the ball and was about to engage in a 1v1 duel vs Cardona. Cardona won the ball back and played the ball to Sheila Garcia, who dribbled & drifted inside and circulated the ball to Alexia Putellas. Athenea Del Castillo took advantage of the space and made a run inside while Jenni Hermoso was caught in between Canadian CBs. Leila made a blindside run in order to create a 2v1 against Canada RB Riviere.

2021 Ballon d’Or winner Putellas made a late run in the box. Athenea played a simple pass to Leila, who found Alexia in the box for a beautiful team goal. Sheila Garcia and Cardona did start the buildup to the goal but Athenea Del Castillo’s presence of mind to occupy the space by receiving the ball inside and wait for the movement of Leila to get inside the box was a stroke of brilliance. 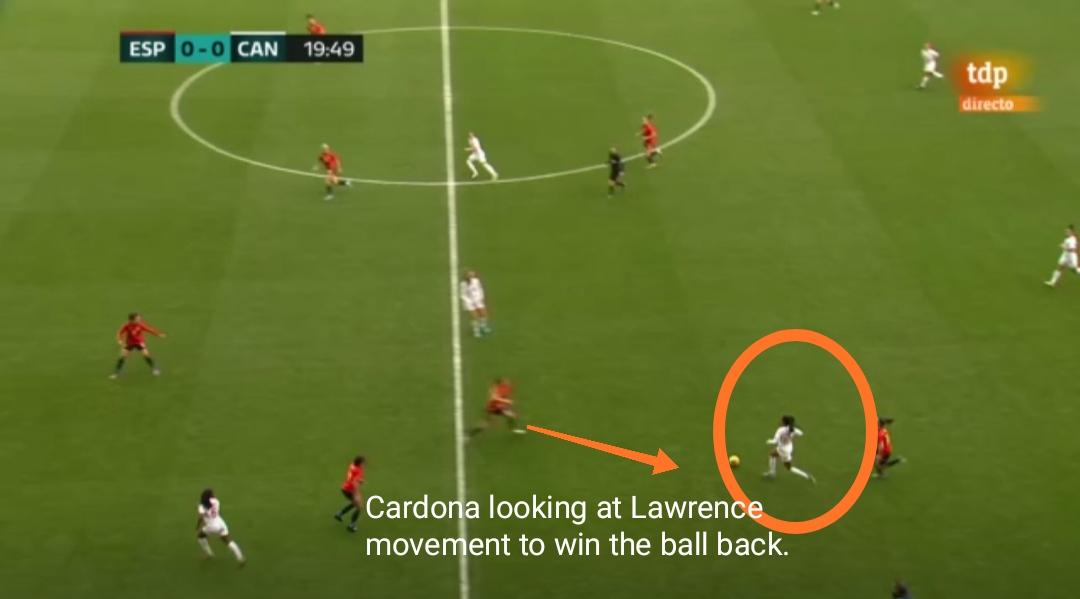 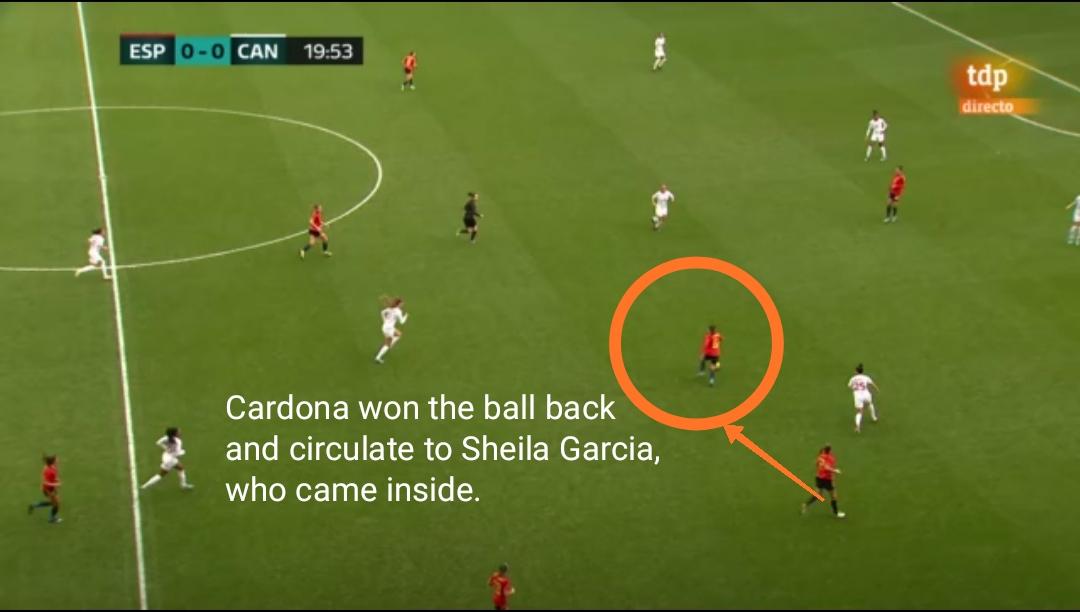 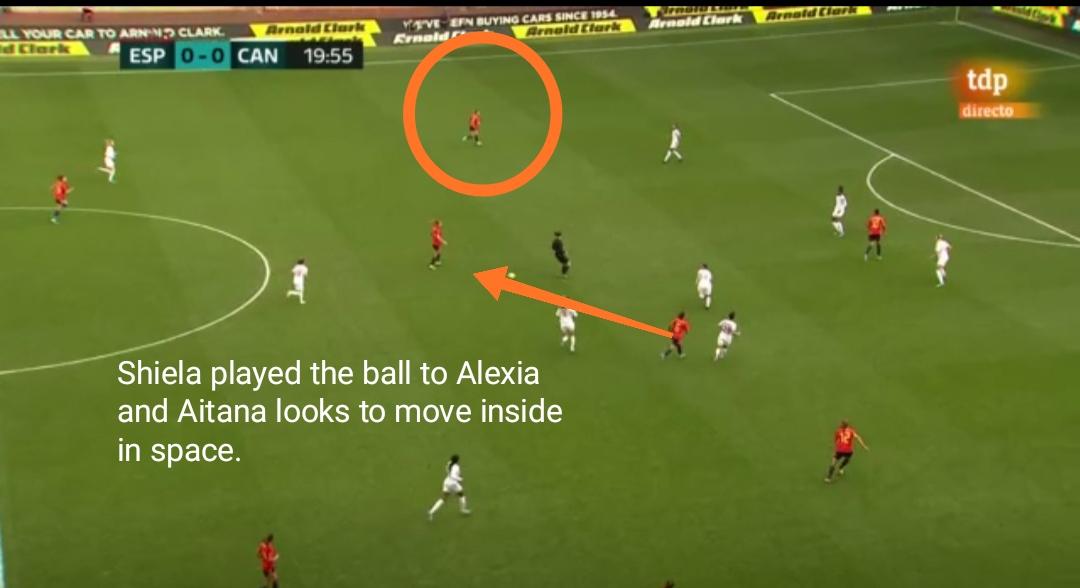 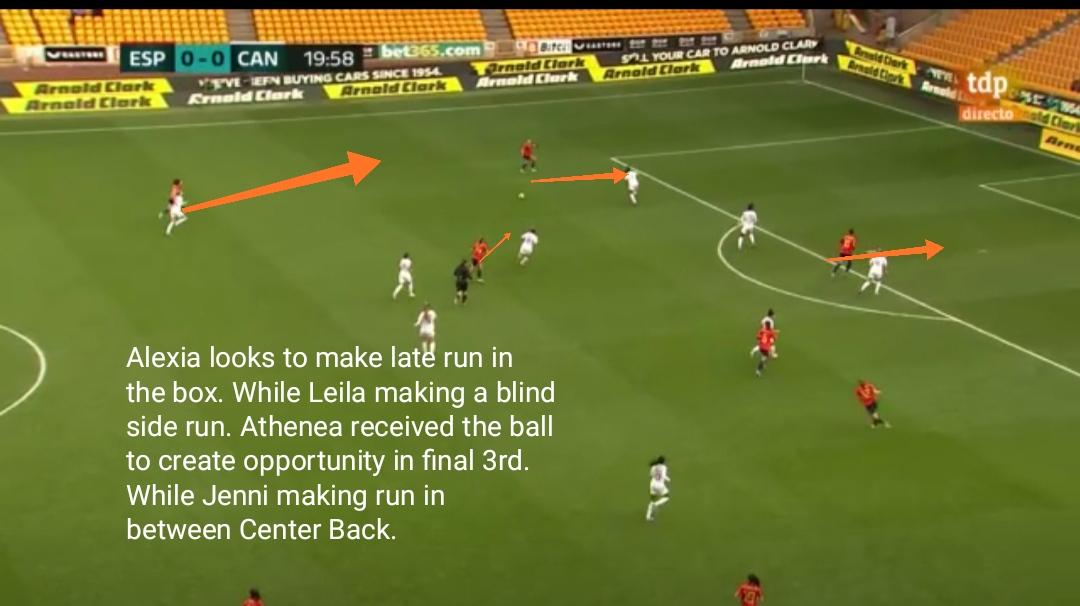 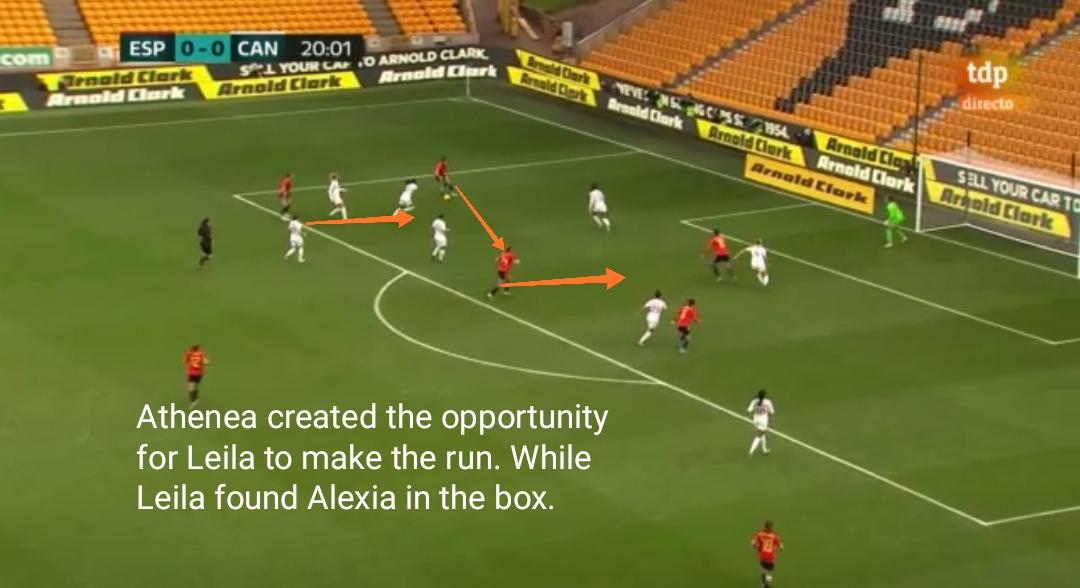 In the 42th minute of the match, Athenea received the ball in the wide area and the Canada right-back Riviere tried to close her down but Athenea controlled the ball well and drifted inside resulting in a nutmeg. Athenea’s exquisite close control on the ball was the reason for her dribbling past Riviere. 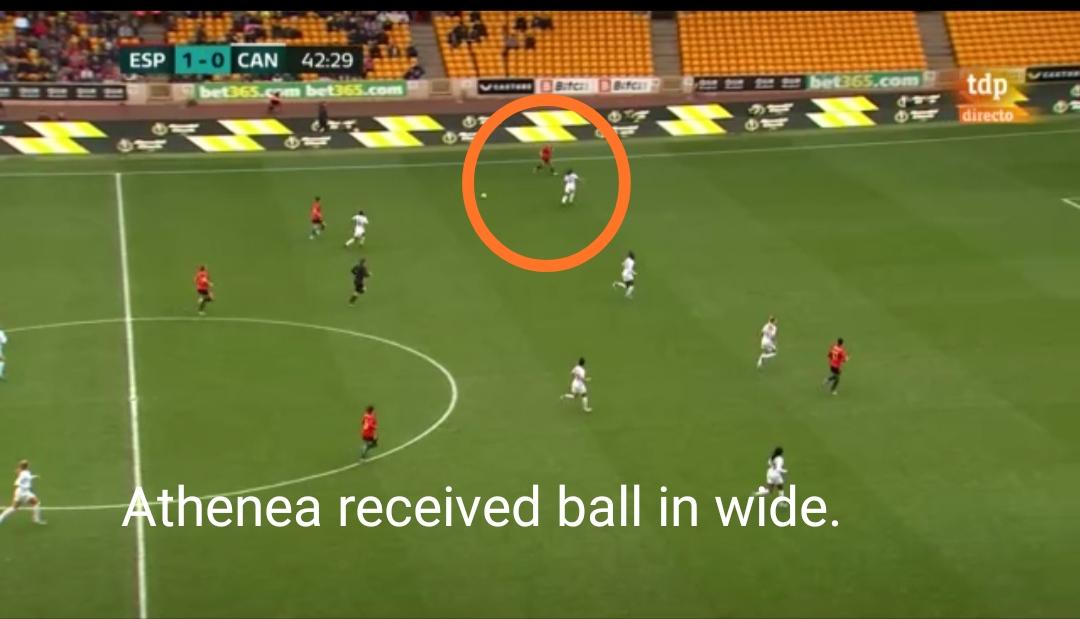 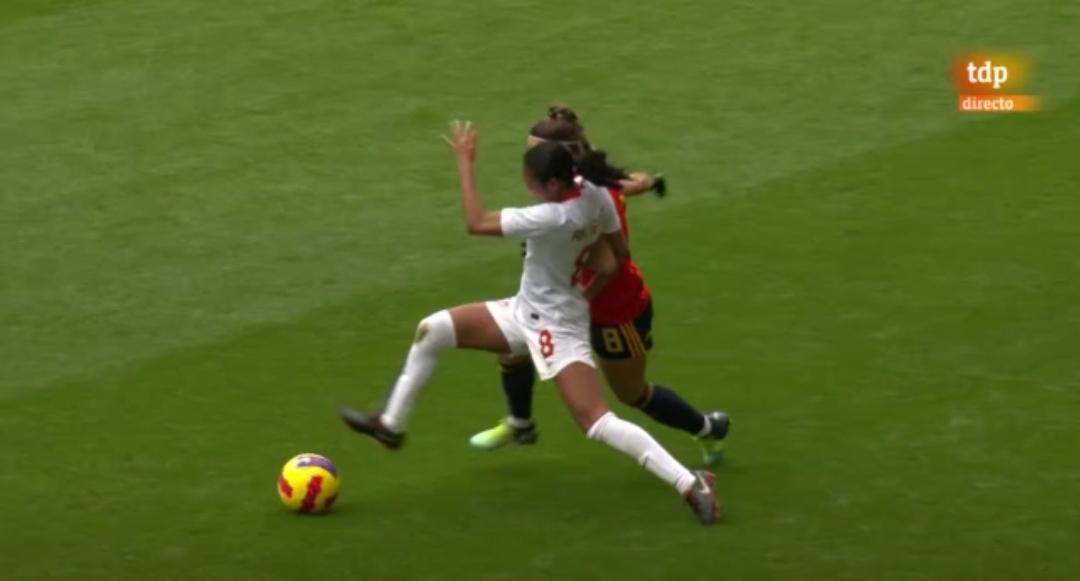 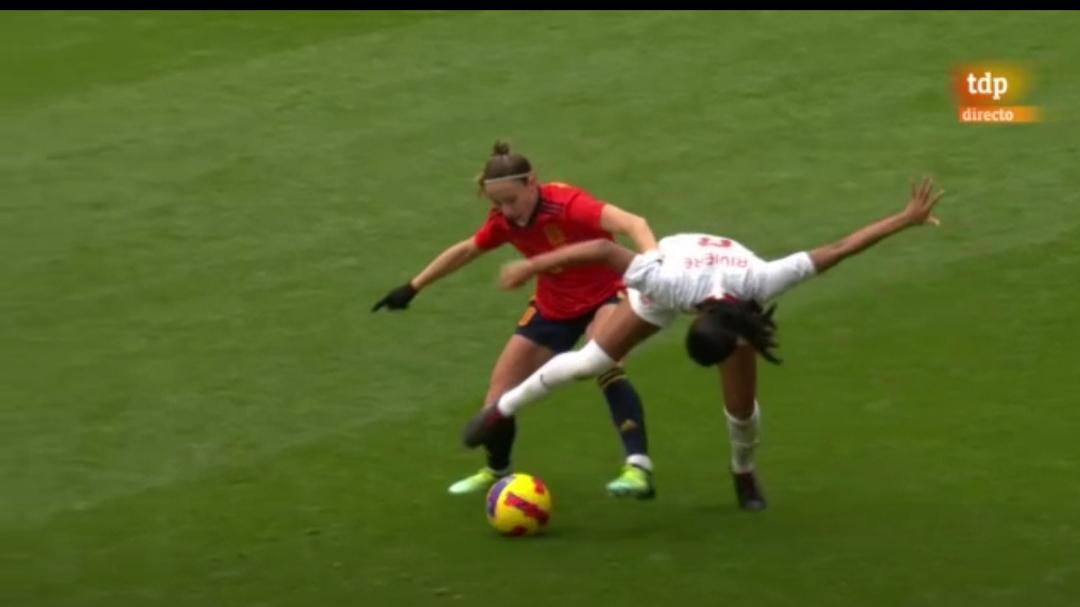 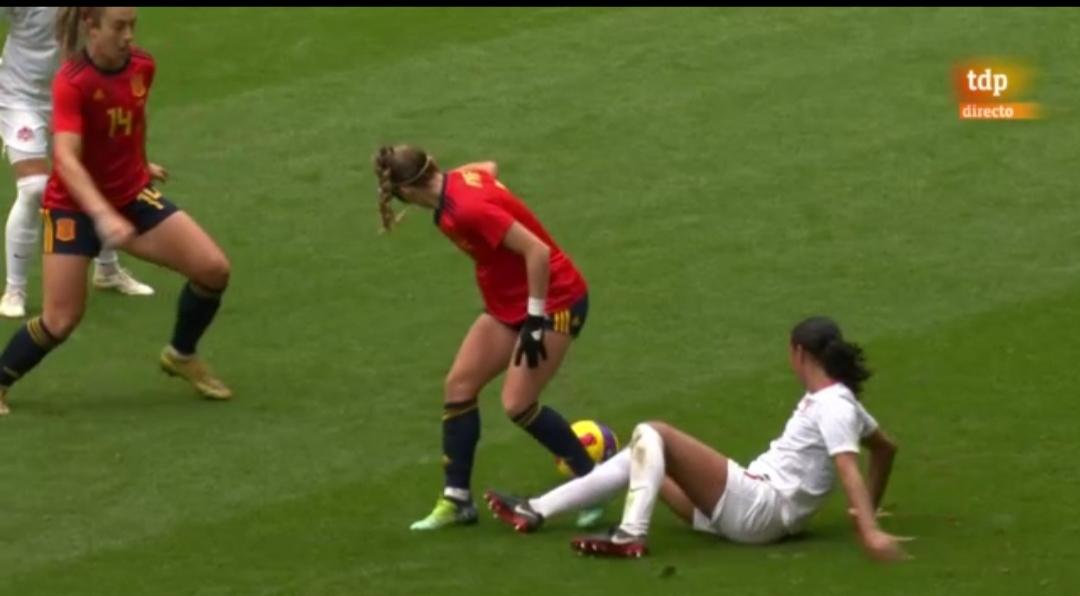 Athenea is regarded as a master of nutmegs in Spain and she did justice to that title with this particular nutmeg. 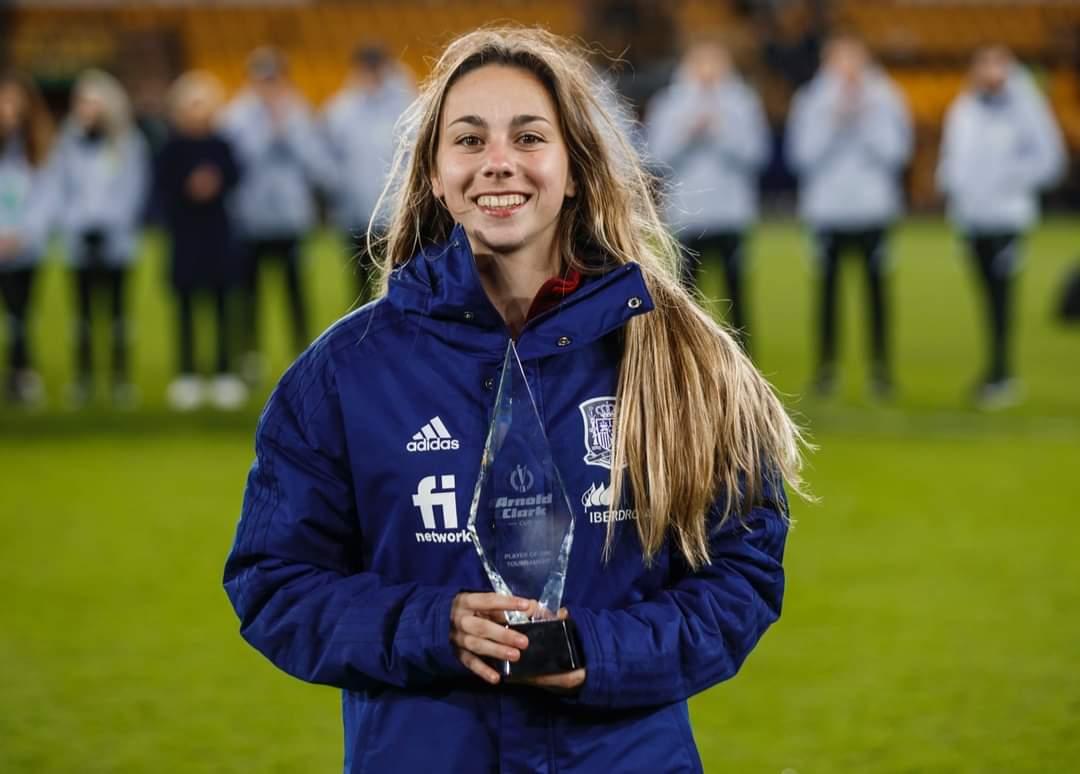 “When life gives you a second chance, give it your best shot.”

Athenea Del Castillo repaid Jorge Vilda’s trust with her exemplary performances on the field in the first edition of the Arnold Clark Cup. As a result of that, she was awarded with Player of the Tournament award.

A moment Athenea can never forget in her life. Still only 21, Athenea will only get better with time. A huge asset for Real Madrid and the Spanish Women’s National Football team, Jorge Vilda and Alberto Toril need to make sure that her talent doesn’t go unnoticed and doesn’t go to waste. Athenea, with her performance in the Arnold Clarke Cup, has already set a benchmark for herself. A player who deserves to be in the national team squad for the UEFA Women’s Euro 2022.

El Arte Del Futbol is an official content creator for OneFootball. Find more Original features, Player profiles, Manager Profiles and Tactical Analysis’ on www.elartedf.com. If you are reading this on our website, we’d like to thank you for your continuous support! Follow us on Twitter to stay updated with all the latest content.