You are here
Home > Originals > As easy as ABC; flying the European flag for Italy 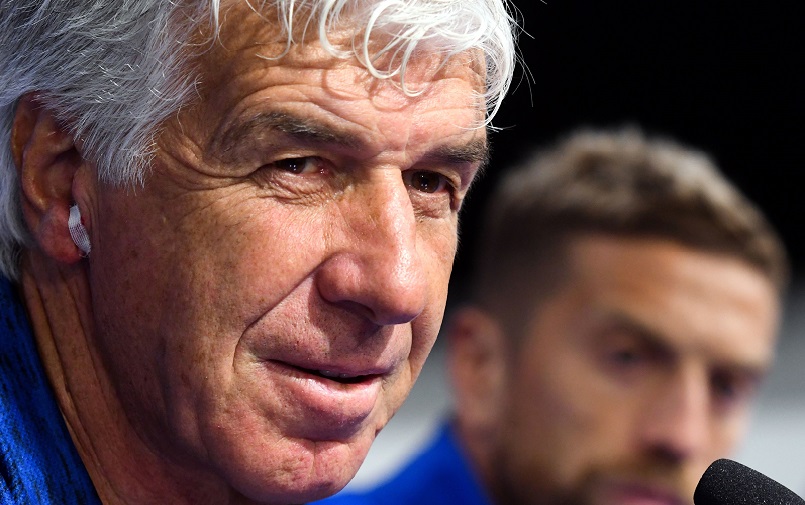 Football is back, and more importantly, so is the Champions League. Liverpool’s loss at Napoli and Chelsea’s Valencia setback have already given the English sides plenty to think about, with the likes of PSG hosting Real Madrid and Juventus travelling to Atletico sure to provide yet another warm welcome back for club football’s greatest competition.

Somewhat surprisingly, last season’s tournament saw the return of English dominance thanks to the final between Spurs and Jurgen Klopp’s side, yet it shouldn’t be forgotten just how superior the European mammoths of Real Madrid and Barcelona have been over the years. The two giants of football have taken centre stage in ensuring that Spain boasts 18 European Cup titles overall, placing them at the top of the list, well ahead of England on 13.

Amazingly, that means that the once-unbeatable forces of Italy have slipped to third in the list on 12, with ten years passing since Inter outclassed Bayern Munich at the Santiago Bernabeu to last lift the famed trophy for those that fly the green, white and red flag. Fortunately, Juventus have improved in their efforts to bring the trophy home, but one other club has also earned their right amongst Europe’s best this season, and it may just be Atalanta that cause the biggest shock in the competition this time around.

Borne out of humble beginnings in the very north of the country, Atalanta Bergamasca Calcio wear their blue and black stripes with pride, yet have gone about their business quietly since their promotion from Serie B back in 2011. A small stadium of 21,300 not far from the alpine lake Como houses the boisterous and loyal supporters, with the Curva Nord ultras filling out their section of the Atleti Azzurri d’Italia every other weekend. Their constant noise has helped them cause quite a few rivalries with fellow Serie A sides, and apart from one sole Coppa Italia to their name, along with one of the best youth systems in Italy and indeed throughout Europe – which perhaps explains why their loanee list would give Chelsea’s a run for its money – Atalanta’s success has undoubtedly been extremely recent.

Coach Gian Piero Gasperini almost lost his job just months after taking over in 2016, yet he turned his side’s fortunes around thanks to his fast, attacking approach. The club finished fourth and qualified for the Europa League after a 26-year absence from European football, finally falling in the round of 32 at the hands of Borussia Dortmund in a heartbreaking 4-3 aggregate loss.

Emotions were quickly uplifted once more, however, with the 61-year-old Italian guiding them to a third-place finish last season, thus sending the club to Europe’s premier competition for the first time in their history. And the Italian outfit may just surprise a lot of people in the Champions League this season, with RB Leipzig and Benfica – both of Group G – also in contention to cause an upset, although they find themselves competing with similar sides in Lyon and Zenit.

The likes of Galatasaray and Lille also join them on the dark horses list, but unfortunately for them, their tournament may be over before it even begins. The Turkish giants have recruited very wisely this summer by adding a whole host of top talents, with the likes of Radamel Falcao, Fulham’s Jean Michael Seri, former Borussia Dortmund youngster Emre Mor, Ryan Babel, Steven Nzonzi, Southampton’s Mario Lemina and Brighton’s Florin Andone joining either temporarily or on a permanent basis, but find themselves in Group A along with PSG, Real Madrid and Club Brugge. Ligue 1 side Lille meanwhile find themselves in a similar position. Having once helped Eden Hazard, Idrissa Gueye and Pierre-Emerick Aubameyang in their development in recent seasons, the French club have now added Timothy Weah and Renato Sanches to their attacking force, but have been treated to a challenging group consisting of Chelsea, Ajax and Valencia.

Atalanta’s Serie A form sees them sitting fifth after three games with two wins and a loss, picking up from where they left off last season, where they outscored champions Juventus and indeed the rest of the league with 77 goals. However, their 46 conceded was the worst in the top five by some margin, with no signs of letting up again this time around. Seven goals for and six against simply epitomises their approach to each and every game, with the loan signings of Sevilla defensive duo Simon Kjaer and Guilherme Arana not going to plan thus far. The ill-famed arrival and departure of Martin Skrtel just 24 days later did the club no favours, yet another signing from the aforementioned Spanish outfit has been working wonders at this early stage in the season.

28-year-old Colombian striker Luis Muriel has joined 28-year-old compatriot striker Duvan Zapata this season for extra fire-power. In an area of the pitch where the club seemingly required no further additions, the duo have quite incredibly mirrored one another from the first three games, with Muriel coming off the bench to mark his debut with a 20-minute match-winning brace against SPAL, with Zapata then firing two of his own in the following fixture with Torino. A 2-1 victory over Genoa followed with the two strikers grabbing one apiece.

Goals are certainly nothing new to the highly sought-after Zapata, with the pacey forward banging in 23 league goals in the last campaign, second only to Sampdoria’s Fabio Quagliarella, with the veteran 36-year-old proving that you never forget how to finish in front of goal. With a strong ability to run at defences and, much like legendary striker Ruud Van Nistelrooy, the Colombian also boasts a formidable presence in the box, with over 75% of his goals last season coming inside the penalty area. By averaging just under three shots a game, his efforts at goal are more than most strikers out there, placing him in contention for the Champions League golden boot, where himself and RB Leipzig’s Timo Werner – who bagged a brace on matchday one at Benfica – look set to shake up the usual suspects of Lionel Messi and Cristiano Ronaldo.

But the free-flowing goals would be nothing without the efforts of fellow attackers Papu Gomez and Josip Ilicic, with the former chipping in with a Serie A joint-highest 11 last season, and the latter bagging 12 goals in Gasperini’s idiosyncratic 3-4-3 formation. The unique system relies heavily on high levels of fitness due to their high pressing, with that front setting the tone by pressing from the front. With Ilicic also fond of an effort on goal, and Gomez a serial dribbler, crosser and expert passer of the ball, it’s a dynamic arrangement that promotes a heavy focus on scoring goals, which understandably leaves much to be desired at the back.

Whether or not this system will stand by them against Europe’s elite remains to be seen, but one can only imagine the potential joy that Raheem Sterling will discover when his Manchester City side host the Italian outfit this time next month, with Dinamo Zagreb and Shakhtar Donetsk also on the agenda. Atalanta find themselves in this tough group thanks to their third seed spot in the group stages. Add to that the fact that they must play their home games in the nearby San Siro due to Champions League regulations, and the odds are certainly stacked against them, but they may just be more than capable of overcoming what’s in front of them to fight their way through to the knockout stages.