It is that time of the year again when everyone is trying to fit Salah, Sterling, Kane and all the premium assets into their teams whilst others are looking for options that could set them apart from the template and differentials that are owned by less than 5% of managers worldwide.

Let’s take a look at some of these options across positions to help you get that final combination sorted before this Friday’s deadline.

We’ve stayed away from the likes of Bournemouth, Spurs, Liverpool and other teams that have players with high ownership/value.

The game does not have an active 4M goalkeeper so the budget options are all in the 4.5M range, with three standout options being Tom Heaton, Nick Pope, and Matty Ryan. Aston Villa has good fixtures, Pope has solid stats from his first full season getting 152 points playing around 34 games whilst Ryan is expected to be in action more and pick up more save points in a more attacking Brighton outfit.

However, the budget goalkeeper going under the radar is former City keeper, now at Southampton, Angus Gunn. He was preferred under the new manager and with Southampton playing a more expansive style of football, he will be called upon more frequently. The fixtures are quite mixed in first 6 with them playing 2 of the top 6 but also having 4 games with an FDR of 2. Gunn kept 3 clean sheets in 12 last season, notably against Chelsea and also made an average of almost 3 saves a game. Numbers that are not spectacular but certainly show that he could grow in stature.

If you are interested in spending 0.5 more on a goalkeeper then perhaps Ben Foster is an option worth considering. He has been FPL gold since his West Brom days and was in decent form last season picking up 129 points, over 3 a game. He made 128 saves, implying a save point in every match he played and with Watford seemingly settled under Gracia, the defense should only get better. He was 4th on both the BPS as well as number of bonus points scored over the entire campaign, making him one to consider.

Frédéric Guilbert at Aston Villa seems to be the standout option in the 4.5M range with the right-back marauding forward. Guilbert had decent numbers in defense with an average of 3.1 clearances and 2.9 tackles per game respectively in his last season at Caen, which bodes well for his BPS numbers. In attack, Dean Smith has promoted attacking football with both fullbacks being spotted high up the pitch in preseason and Guilbert has been fairly involved in the attack in Villa’s unbeaten pre-season run.

The other option would be Martin Montoya at Brighton. Graham Potter seems to have been playing a system that involves 5 at the back and Montoya is certainly showing signs of emerging as a Doherty-esque option. He did not play as much last season with club captain Bruno competing, but Brighton does start well this campaign, fixture wise and that could suit managers looking for a 4.5M option. That being said, if Brighton does go back to a 4, Montoya’s place may not be as nailed on and he will certainly not be as lucrative. So keep a lookout on that one.

Both the differentials on this list played in rotation with Michael Keane, but with Kurt Zouma moving back to Chelsea, both Zouma and Yery Mina have certainly become options.

Frank Lampard has shown his promised to show his faith in youth and talent that has been at Chelsea, and even though Chelsea play United in GW1, their fixtures ease after that. With Rudiger set to be on the sidelines for a while, the second centre-half position appears to be up for grabs, with Zouma seeming to have the edge over Christensen. Zouma scored 112 points last season, 8 less than Ake and Boly despite playing considerably fewer minutes than the pair, and more than any defender in the same bracket or lower. Any news from Lampard’s press conference will be helpful, but at 5M and a substantial threat from set plays, he is certainly one to watch.

Read More | We need to talk about Everton | 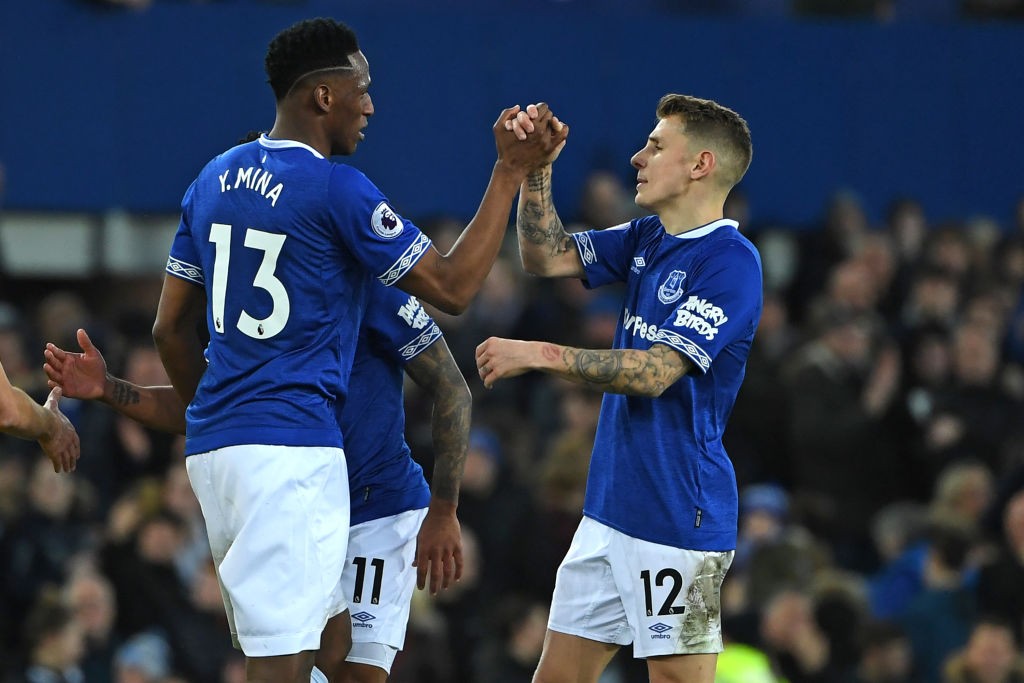 Mina showed the watching world what a threat he could be from set-pieces in Russia last summer, but never really got to exhibit that talent last season playing under 10 games and scoring only once. But with Everton being solid in pre-season defensively as well as ensuring they replace Gueye, Mina offers a quality clean sheet option as well as a fantastic goal threat with players like Siggurdson and Digne on dead-ball situations. At 5.5M, Michael Keane, Seamus Coleman, and Mina all appear like quality options if you don’t have the extra 0.5M to switch to Luca Digne.

Sticking with the Aston Villa team considering the fact they play an attacking brand of football and have the fixtures to facilitate this in their opening 10 games,John McGinn appears to be a quality option in attack with the midfielder scoring 7 and setting up 9 goals in his last season including the winner in the Championship playoff final. The 4-1-4-1 system allows both him and Grealish to get forward from their sitting positions, implying that we could see a lot of goal contributions from midfield as a result.

The other option is Dani Ceballos, for now, he has not entirely been integrated into the Arsenal outfit but the Spaniard offers us a considerably cheaper route into one of the most lethal attacks in the division. If you are not able to shell out the premium for Aubameyang or Pepe due to commitments elsewhere in your team. he could appear to be a very tidy Arsenal cover.

Sane’s injury, as well as the interest from Bayern Munich, would make David Silva an excellent pick for the first few weeks. Owned by less than 4%, he is likely to start with Kevin de Bruyne in midfield, as Bernardo Silva and Raheem Sterling flank Sergio Aguero. David Silva had the second-most touches by a City player behind Fernandinho and was adequately involved in the box as well. With 6 goals and 8 assists in 28 starts as well as 14 bonus points and the 4th most big chances created at a price of 7.5M, David Silva seems like a very sly under the radar pick.

Over on the other side of Manchester, Anthony Martial at 7.5M and under 5% ownership seems like an astute pick as well. He is likely to start on the left but in the preseason, there were several occasions where he lined up through the middle for United and was on penalties in Paul Pogba’s absence. With Lukaku seemingly heading out of the club and Martial listed as a midfielder, you could be in store for a decent lot of points. United don’t have the best start but with 10 goals and 4 assists in just 1613 minutes last season, Martial could well be worth taking a punt on.

The Southampton strike pairing of Ings and Adams seem like a very interesting option right now. With Ings being injury-prone, Che Adams appears to be the one to go for. At 6M with a very good run in, in their first 6 and Adams being one of the first signings under the new manager, it seems like he is fairly nailed on to start. He scored 22 times in 46 games last season in the championship and has been good in pre-season as well, scoring regularly. Whether he can translate that in the Premier League remains to be seen.

Read More | Manuel Pellegrini Has Steadied The Ship At West Ham, Can He Take Them One Step Further?|

Sebastian Haller is owned by a bit more than 5% of managers, but West Ham’s fixtures and the supply line in behind him that includes the likes of Anderson, Lanzini, Fornals, and Yarmolenko, not to mention Wilshere’s recent resurgence, the signs are good for the Frenchman. His numbers in the Bundesliga were stellar, scoring q6 times and setting up 9 goals in 29 games. With West Ham playing only 2 Top6 sides in their first 12, they are expected to hit the ground running and that could be a healthy haul for Haller.