After what has undoubtedly been a World Cup for the ages, pundits and fans are geared up for what promises to be another enthralling season of Premier League football. Heralded as the most captivating competition on the planet, all eyes will turn towards one mouthwatering contest in particular as Arsenal host defending champions, Manchester City on 11th August. Pep Guardiola’s current crop of history makers will have their hands full as they begin their title defence against a rejuvenated Gunners side that have finally bid farewell to Arsene Wenger after 22 unforgettable years in charge.

Three-time Europa League winner Unai Emery put pen to paper in May 2018 and the Spaniard’s signature has ignited a unanimous feeling of rediscovered hope amongst the Arsenal faithful. While fan favourites such as Jack Wilshere and Santi Cazorla have been shown the door, new faces such as Lucas Torreira, Bernd Leno,Sokratis Papastathopoulos and Stephan Lichtsteiner provide reasons for optimism. The departed pair have the capability to turn a match on its head on their day, however, startlingly poor injury records were a stark indicator for Emery to get rid of mere passengers to the Gunners’ cause.

It is this cutthroat approach that was severely lacking in Wenger’s latter stages at the helm which expectedly led to the North Londoners petering out season after season when it most mattered.

There is growing optimism around even the most cynical of Arsenal fans who have witnessed a rather underwhelming last few years considering some of the talent they have at their disposal. However, chief scout Sven Mislintat’s penchant for picking out the creme-de-la-creme was put to good use as the North London outfit’s four new signings are calculated risks that could propel Unai Emery and Co. to punch above their weight this campaign.

Swiss skipper Stephan Lichtsteiner’s arrival as a free transfer is a highly savvy signing for the Gunners for a plethora of reasons.

The 7-time Scudetto champion is a serial winner and can act as a voice of real weight in a dressing room that has been under the firing line for lacking leadership, years on end. 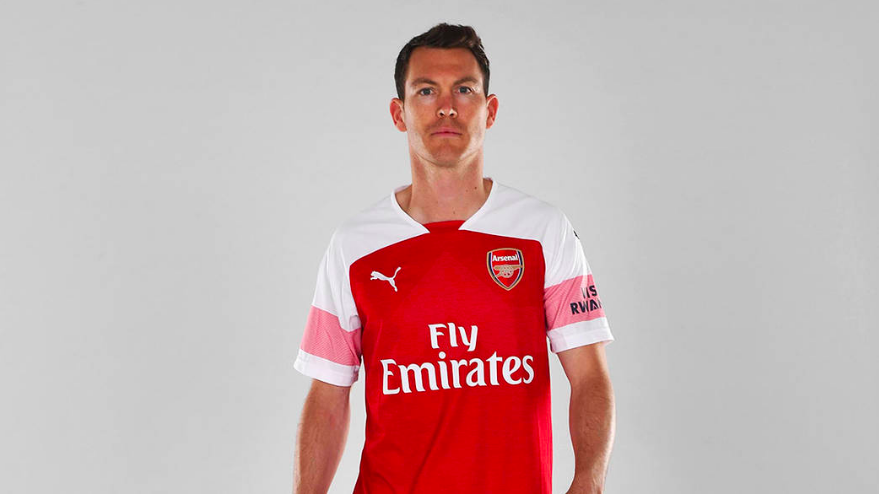 While the former Lille defender is not at the peak of his powers, he is more than an able deputee for the much-maligned Hector Bellerin, appearing 27 times for the Bianconeri despite the capture of Mattia De Sciglio in 2017-18. The 34-year old is a unique physical specimen and continues to prove that age is just a number as he offers versatility under three and four-man systems.

Bellerin’s stock as one of the world’s brightest young Right-Backs has spiralled spectacularly. However, under the tutelage of an experienced campaigner in Lichtsteiner, the La Masia graduate could become a master of his position.

The Greek international is a welcome addition to an Arsenal backline that shipped the highest number of goals(51) out of the top 6 last season. A mainstay in the Borussia Dortmund defence since 2013, Sokratis is a no-nonsense Centre-Half who is perfectly suited to the hustle and bustle of the Premier League. 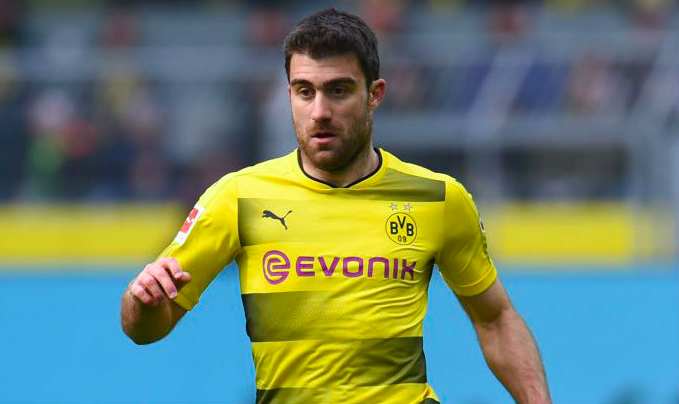 While the veteran defender’s hotheaded temperament can often land him into the referee’s book, much like compatriot Granit Xhaka, the ex-Werder Bremen man is similar to Koscielny as he functions as the destroyer who steps out of defence to win the ball effectively. With the Arsenal captain missing out on France’s World Cup triumph as well as a majority of the upcoming season through a ruptured Achilles tendon, Sokratis could well and truly be a bargain at 17.7 million pounds as he solidifies an often-suspect Gunners back four.

Petr Cech has been one of the most consistent keepers in the league over the last 10-15 years. However, as all good things come to an end, so has the former Chelsea shot-stopper’s time in between the sticks at the elite level.

With the most errors leading to goals(6) than any goalkeeper in the top five leagues in Europe in 2017-18, Cech’s massive fall from grace is undeniable and the Gunners have fulfilled the need for an injection of fresh blood with Bernd Leno arriving at 19.2 million pounds from Bayer Leverkusen. The signing of the German ticks a number of boxes for Unai Emery’s side. 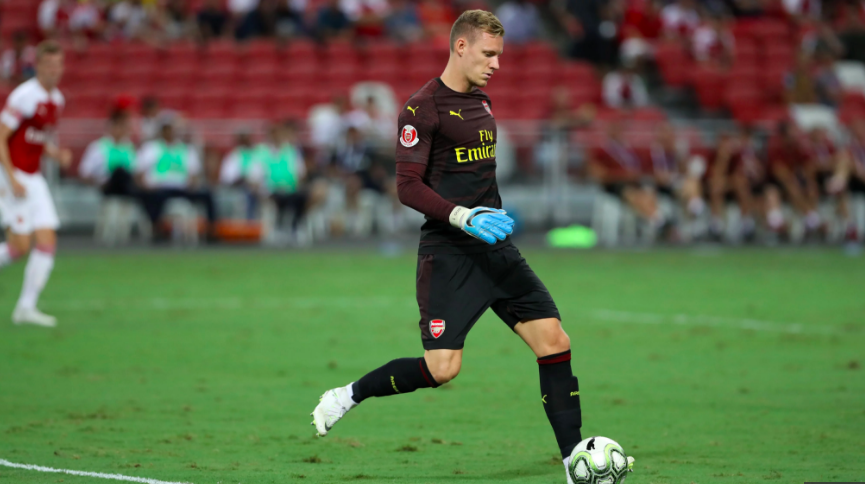 The VFB Stuttgart youth product is positionally brilliant and it is this adept footballing brain that has led him to finish with the joint-second highest number of clean sheets(10), alongside 1899 Hoffenheim’s Oliver Baumann. In possession, the German international is solid, if not spectacular. Leno’s short and long passing was consistently excellent, however, he does have a tendency to clear his lines instead of pondering over the ball and creating chaos in the penalty area like Cech and Ospina. Under Emery’s adventurous setup, the flamboyant goalkeeper’s abilities as a ballplayer will experience a massive upturn.

At 26 years old, Leno offers longevity as Arsenal’s No.1 at a position where the likes of Manuel Almunia, Wojciech Szczęsny and Petr Cech have flattered to deceive.

The signing that has got Arsenal fans on the edge of their seats is of Uruguayan Lucas Torreira. A feisty, diminutive defensive midfielder, Torreira adds much needed steel to an Arsenal midfield that has been lacking solidity since the departure of Gunners legend Patrick Vieira’s departure to Juventus in 2005 .At only 22 years old, the 25 million fee paid by Arsenal could prove to be the bargain of the summer.

Read more about his dramatic rise below:

With stop gap inclusions such as Mikel Arteta, Francis Coquelin and Granit Xhaka underwhelming in the anchor role, the former Sampdoria man is renowned for his tireless running and tough tackling, combined with his ability to pick a pass.

Torreira stepped up to the plate in Russia under Oscar Tabarez’s defensive Uruguayan side that toppled a Cristiano Ronaldo-inspired Portugal team.

Likened to N’golo Kante, if the prodigious youngster can even fulfil half of the Chelsea superstar’s potential, Arsenal are destined for a true dynamo in midfield.

Aaron Ramsey’s contract is set to expire in 2019 and it is a must for the Gunners to ensure that the Welshman signs a new deal to avoid a repeat of the Alexis Sanchez saga. The attacking midfielder is a firm favourite for Maurizio Sarri and the prospect of playing under a manager of his ilk in what is potentially the most exciting midfield in the country is certainly a head scratcher for the former Cardiff City man.

Can the next Arsenal Manager solve the Ozil- Ramsey conundrum?

Arsenal are in dire need of a direct Winger who could partner Henrikh Mkhitaryan who operates in a more central position by trade. With links to Kingsley Coman, Ousmane Dembele and Leon Bailey failing to manifest into reality, the likes of Danny Welbeck, Alex Iwobi and Pierre-Emerick Aubameyang prove not to inspire high levels of confidence on the flanks. While the latter has dazzled in an Arsenal shirt, the Gabonese international is a superb striker and it would be baffling to see a player of his calibre to be sacrificed for an unnatural role.

The former two, Iwobi, in particular, has simply not lived up to his billing and the rise of Emile Smith Rowe during pre-season could be a threat to the Nigerian’s first-team prospects. Welbeck has succumbed to a wide variety of injury concerns since leaving boyhood club Manchester United.

If such areas can be looked after at the Emirates, Unai Emery could enjoy a highly promising first season in England.

Arsenal are a club in transition at the moment. There have been some huge changes in management off the field and that is bound to have an effect on the field. Emery is known to be very intense in his training sessions, testing the players’ fitness levels to the absolute hilt. The likes of Hector Bellerin have expressed a major shift in training regime in comparison to predecessor Arsene Wenger.

The biggest positive for the former PSG manager is that most of his first team his back. With Xhaka, Lichtsteiner and Torreira joining the squad, that only leaves Danny Welbeck to return. The other positive is the way Arsenal chose to deal with the Mesut Ozil situation. Racism should never be brushed under the carpet, regardless of the field and the environment and the Arsenal fans’ support in favour of their talisman will only make him feel more at home there. Emery also handed Ozil the Captain’s armband as his search for the “five” leaders continues within the club.

While expectations will not soar to unachievable levels of silverware and overarching success this season, Gooners will expect their players to slowly, but surely acclimatise to the major stylistic shift and retain their place into the Champions League as only Liverpool and Manchester City seem dead certain to finish into the top four. Let the Emery era commence.