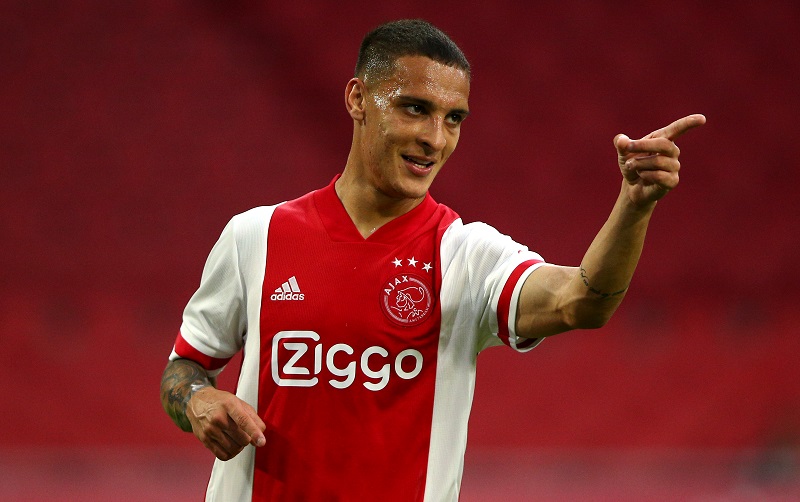 Despite being 1-0 up, as the teams entered the tunnel at half-time Erik Ten Hag would have been worried. Midfielder Edson Alvarez had been sent off just a few minutes before the break. Yet, as Ajax and Vitesse returned to the second half of their Eredivisie clash, the youngest and rawest player on the pitch remained upfront. Ten Hag had left his new Brazilian signing, Antony dos Santos, on the pitch.

His choice turned out to be a masterstroke. Despite the 20-year-old barely speaking the language and playing his 3rd competitive match in Europe, he controlled the game. Even when Vitesse brought the game back to 1-1, it felt like Ajax were the team with more men on the field. This was in part due to the superb hold-up play, dribbling, and passing of Antony. He capped off a man-of-the-match performance with a stunning first-time finish on his weaker foot, sealing the winner for Ajax. It was his second goal in just three games.

Antony is perhaps one of the most surprisingly mature players coming through in Europe. He has written a book, and he is the father of a young boy. His book, “From Overcoming a Real Dream”, tells his journey through overcoming the pressures of an aspiring Brazilian footballer. He released it in 2019, at the age of 19 years old.

Born in the city of Sao Paulo, it took just under ten years for a branch of Brazil’s most successful team to reach out. He officially joined the youth set up of Sao Paulo in 2010, shortly before his 10th birthday. In his book, he details the period of him training early on in the youth set up. He had been on the verge of being released no less than three separate times. Unlike most young starlets, it took Antony until he was 18 to make a senior appearance for the first team. This came in late 2018.

It was at this point a key boost came for Antony. Former Sao Paulo graduate, Lucas Moura, reached out to him. Shortly following Antony’s debut, Moura privately congratulated the youngster and told him to ‘work hard’ and keep playing matches.

Moura is an idol to many in Sao Paulo. The Tottenham winger grew up through similar financial limitations to many Brazilians, and his success story is a huge inspiration to those in the Sao Paulo area. From this moment in 2018, Antony and Moura struck up a friendship. Even today, Moura describes him as a ‘good friend’. He even wrote the foreword in Antony’s book.

Following his debut in 2018, Antony reached another level in his game. The next season, beginning in 2019, saw Antony make 29 appearances. He scored four goals and made six assists in the league, as an underwhelming Sao Paulo stumbled to 6th place. Antony’s performances made clear why scouting agencies took note of the 19-year-old.

Antony was situated on the right-wing and showed an exceptional level of close control. In a similar vein to Eden Hazard, Antony can change direction very quickly, which makes defending against him difficult. In fact, both Antony and Hazard were fouled 2.8 times p90 in 2019 (WhoScored). Standing at just 5ft 7, Antony tended to hug the touchline, before consistently cutting inside to shoot. Antony fired off 2.2 shots per game in the Brazilian Serie A in 2019.

This form, combined with the release of his book and public friendship with Lucas Moura, led Antony to be linked to other teams at the start of 2020. He began to appear on scouting websites. He is one of the players listed with top potential by the incredibly successful scouting network for Football Manager. It was only a matter of time then before a move to Europe would come.

Antony’s transfer to Ajax is the smartest choice made so far in his short career. The deal was officially confirmed on the 15th of February 2020. Yet despite the timing being fantastic (the announcement came a few days after Chelsea’s purchase of Hakim Ziyech), the move had long been in the pipeline. Sporting Director of Ajax, Marc Overmars, stated the club had watched Antony for a long time. He was quick to downplay the hype of the Brazilian, though. 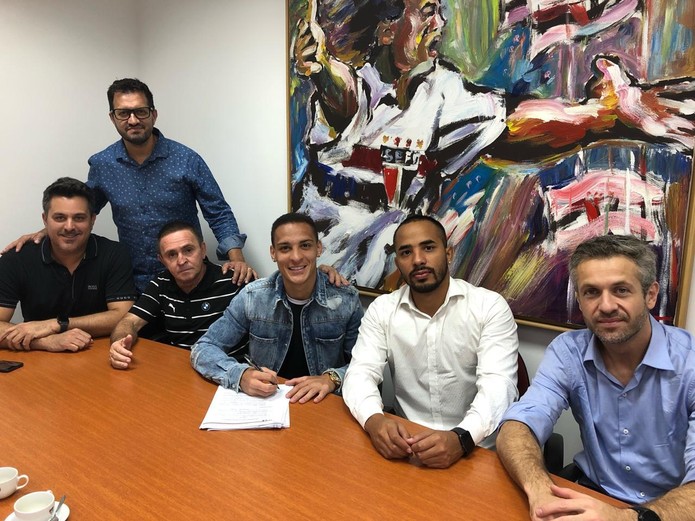 “Everyone calls him a wunderkind, but Brazilians are often praised to the sky. Once he gets here, he will need time, just like David Neres. I think that when it comes to Antony, we will have a good chance because we can offer talents the best overall package”.

Despite this, Antony’s large fee was a big statement. The initial cost is £14.18 million, but it has the potential to rise to £26.5 million according to Globo Esporte. This would be the largest transfer fee ever paid by a Dutch club, not just Ajax. Interestingly, Dutch & Ajax legend Marco Van Basten lambasted the move. He believed that money could have been used in a different way. However, Antony has done his part to justify the relatively enormous fee.

Antony eventually moved to Amsterdam in July and managed to participate in the club’s pre-season. He has already displaced David Neres, a player who has seen his career stutter after glittering in the Champions League in 18/19. The signs are there to show Ajax have already identified Antony’s weaknesses, and have begun to coach them out of him.

Rather than hugging the touchline, he is beginning to drift all over the pitch in Erik Ten Hag’s system. Against Waalwijk, he drifted in from the right-wing to the centre, before making a run in behind on the left to tee up Zakaria Labyad. The goal would have counted if not for a foul earlier in the move.

He is also showing improvement in match intelligence. Again, against Waalwijk, Antony consistently made well-timed runs in behind the defence. He has shown how he is aware of the potential for a cutback when reaching the by-line. His vision has drastically improved since Brazil. Yet the best came in Ajax’s weekend clash against Vitesse.

After gathering a reputation for being one-footed, against Vitesse, he went some way to dispel that. With the scores tied at 1-1, Antony fired a crisp first time shot with the inside of his right foot. It was an exquisite goal, scored from just inside the penalty area. He curled the ball away from the keeper and into the far side-netting. Even with limited capacity, the Johan Cruyff Arena erupted. For Antony, it must be his best career highlight. Not least because of the technique, but the improvement it showed in his game, that he now feels more than confident to use his weaker foot.

If Antony can show his impressive talent in the Champions League, and continue this rapid improvement, then he could easily be on the move again within two years. Perhaps he will be facing his friend Lucas Moura in the Premier League. The 20-year-old Brazilian represents one of the best jewels in the crown of Dutch football.