You are here
Home > Originals > Andreas Pereira – A compulsion, more than choice. 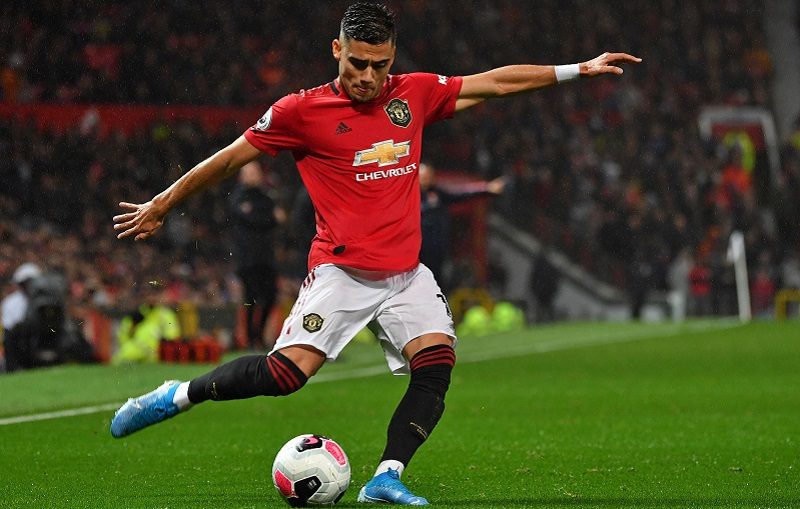 Andreas Pereira plays with a fire in his belly. He displays emotions, is very vocal, wants to win every tackle, presses high and most importantly, he wants to be a part of Ole Gunnar Solskjaer’s restructuring of Manchester United. But what if I told you that despite all of those aforementioned points the Brazilian does not warrant his place in this United side? United fans this season can’t seem to remember the midfielder putting in a stellar performance besides a few phases in a few matches here and there. That he gets picked every week and gets to play in the playmakers’ position highlights how paper-thin United’s squad is, an indication of the much larger rot at the club that goes straight to the very top. One also wonders if the player has done enough to prove to the manager that there is a particular position that he wants to cement in the squad.

The match against Sheffield proved why Pereira is starting more by way of compulsion than to actually fix this struggling United side. With senior players well away from full fitness, Ole had to decide who to start alongside Fred in central midfield. James Garner would have started but the gravity of the match and the physical strength of the opposition meant that a more experienced campaigner needed to start. Additionally, the lack of depth in the squad and injuries to fellow players meant that Andreas was destined to start against Sheffield. He had impressed against Leicester on the opening day of last season, playing as a CDM, which would have probably been on the back of Ole’s mind when he made the call. The decision backfired as the team was overrun in midfield. They opted for a back 3 in order to give more protection to De Gea but the problem was in the middle of the park where John Lundstram, John Fleck and Oliver Norwood made sure that the players would not even have the time to turn and pass the ball to their teammates.

The opposition press was so high that Fred and Pereira found it tough to hold on to the ball and control possession. Pereira’s loss of possession in the 52nd minute handed a 2-0 advantage to the blades when Fleck pounced on the ball and fed it to Mousset who doubled the advantage for the hosts. Gary Neville on live commentary said: “Fred and Pereira is not a midfield, it’s a couple of players they have got left who they have had to put in there.” The way things are going it’s very likely that once Matić is fit he will be slotted in that central midfield role beside Fred.

Today, I want to try and analyse Andreas Pereira’s numbers over the past three seasons and highlight a significant decline in attacking output as a result of not cementing any one spot position on the pitch.

At Granada in 2016/17, although the team got relegated, Pereira managed to put in performances that didn’t go unnoticed. He initially played out wide, he was then shifted to a more central position where he bagged 5 goals in 35 appearances in a not so fruitful campaign for the team, in spite of what the online betting community predicted at the time. Below is the representation of how he managed to put in decent performances every week.

Sh90 represents the number of shots taken every 90 minutes. 2.38 every game is a decent number for an attacking midfielder in a team which only managed 4 wins. KP90 indicates he had created a lot of chances for his fellow teammates, but they have not taken all the chances created for them. Except for xGChain90 and xGBuildup90, the numbers for Pereira don’t look that bad considering the team’s final standings in La Liga.

José Mourinho had plans for Pereira after his successful loan spell at Granada, but he opted to go on loan to Valencia to get more game time, in the hope that he would come back next season and play a vital role in the team. He helped Valencia finish fourth in La Liga, making 23 appearances including 12 starts. The papers were quick to heap praise on the youngster saying how well he has performed with Valencia, and how well he had adapted to life in Spain.

But the numbers told a different story. He played 12 fewer games than the season before, scored just 1 and assisted 3. Expected goals per 90 dropped to 0.08 whereas it was 0.14 in Granada. Shots per 90 minutes dropped to 1.17, the average being 1.60. For a team finishing fourth in the table, his performances don’t mirror the club’s performance. What was the reason for him to not create much but still be considered a player who is constantly improving with every game? One can understand that a player doesn’t necessarily need to contribute in terms of goals and assists but one can also pitch in with exceptional performances which may not be recorded in the statisticians’ book.

Pereira was deployed on the right side of a 4-4-2 formation and an influential performance against Levante in November convinced columnist Vicente Bau that he has “grown impressively”. Surprisingly, Bau also wrote that Pereira being in the starting eleven improved Valencia’s performances.

Pereira is neither a winger nor a deep-lying central midfielder, but an attacking midfielder who loves to run at defences. Yet, he was deployed as a winger at Valencia with a meagre 3 assists to his name. He doesn’t have the pace to be winger, the strength to be a second striker or the guile of a playmaker. Gonçalo Guedes managed 5 goals and 9 assists having started 25 matches as a Left Midfielder. Geoffrey Kondogbia, who played as a defensive midfielder got 4 goals and 4 assists. But a player who had only scored a solitary goal throughout the season got the nod and was constantly reassured by the coach that he was an asset to the team. Surely there was more to his game than the numbers. And maybe at United, he would finally take his game to the next level. But as things turned out, it hasn’t been the case so far.

Although Andreas only started 15 games, almost all of them after Mourinho’s dismissal, he never looked like a player capable of delivering when the team needed it. 1 goal and 1 assist playing as an attacking right midfielder just doesn’t cut it.  Scott McTominay who plays as a box-to-box or defensive midfielder scored 2 goals, had a higher shooting accuracy and had 5 more accurate long balls. For someone who is known for taking long-range shots, Pereira could only manage 8 shots, of which only 2 were on target.

I might face some criticism from fans stating that he was deployed on the right-wing and he is supposed to be taking on defenders and crossing into the box, which is a fair expectation to have. But to be very honest, his crossing ability and the contribution that he had made as a winger was below par as well. 12 crosses in 15 games with a success rate of 25%. Oh well, I don’t think even Pereira himself would like that! If that wasn’t alarming enough, the current season, unfortunately, throws up even more shocking numbers. And trust me, this is hard for me to write as well.

Pereira has started all but 1 game in the Premier League this season, which was at Wolves where Ole went for a conservative approach because of the history between the two sides. As it stands, the numbers don’t look appealing and struggle to justify his selection in the team. People might argue that 2018/19 was his first season in England and he needed time to adjust to the rhythm of the competition. The same justification cannot be used this season as he got plenty of pre-season games under his belt.

The manager who is trying to instill the United DNA back into this group of players must also be mindful of the fact that whoever doesn’t perform should be kept on the bench. But having said that, injuries to important players and a dip in form for the likes of Jesse Lingard literally forced Solskjaer’s hand. Once Paul Pogba comes back, it will be hard to keep Pereira in the starting XI keeping in mind that Daniel James has made the right-wing slot his own. Since Martial’s return, Rashford has also started scoring goals. The chemistry between the 3 most advanced players is scintillating but it’s the service that is missing, either because Pereira is not performing or Pogba simply not getting minutes under his belt because of his injury. Whatever the case is, Pereira must step up or it’s curtains for a player who promised so much when he arrived from PSV.