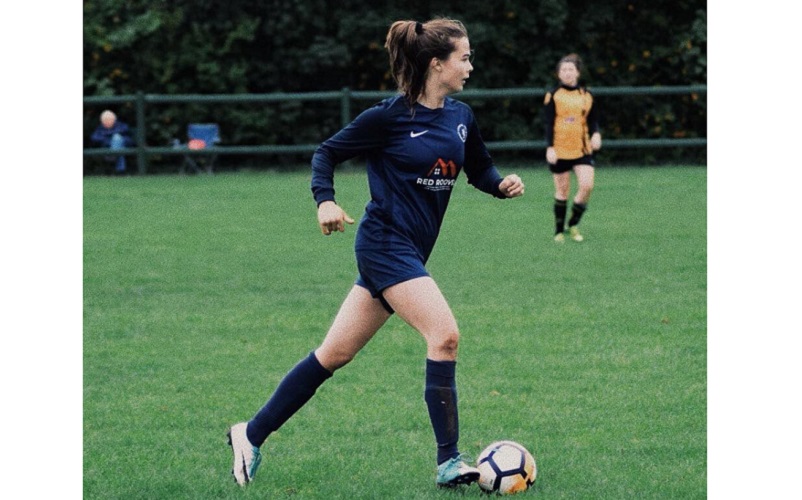 She might not have the same global presence of female athletes such as Alex Morgan or Lieke Martens- but 20- year-old Amy Laurence is an equally important torch-bearer for the advancement of the women’s game.

Amy Laurence, with her co-host Lauren, launched ‘The Redmen TV Women’s Podcast’ back in 2018. Her ardent love for Liverpool has spurred her on to follow the journey of the Liverpool women’s team around the country- and helped create a platform where fans can tune in and keep up to date with not just the Merseysiders, but also the discuss and debate the hot-topics around the world concerning women in the sport we love.

The hard work put in by the RMTV ladies hasn’t gone unrecognised either- winning the title of ‘Best Women’s Football Content’ at the 2019 FBA’s, adding another feather to the cap of aspiring women in football.

It’s no secret that the women’s game has been in the shadow of their opposite numbers, and passionate fans and media-women like Amy are exactly what the game needs to push it into the limelight.

I interviewed Amy on the progress this side of the sport has made in recent years, how far it’s come and what the future holds for women both on and off the pitch.

Growing up there were very few women to use as inspiration in world football- who did you look up to in the sport or the media to do what you love doing today?

As a kid my main sporting idol was funnily enough Jessica Ennis (former heptathlon world champion) as back in the day I used to be really into athletics and used to compete for my local athletics club alongside playing football – so she was my first ever sports role model.

When considering football, I’ve always looked up to Steven Gerrard, although I’m not usually playing in the same position as he did, I just loved the way he controlled the pitch and influenced the game- and now each time I step out to play football I try and make the biggest impact on the pitch I possibly can. Obviously being a massive Liverpool fan that probably influences my decision but Gerrard was for sure my biggest footballing inspiration. 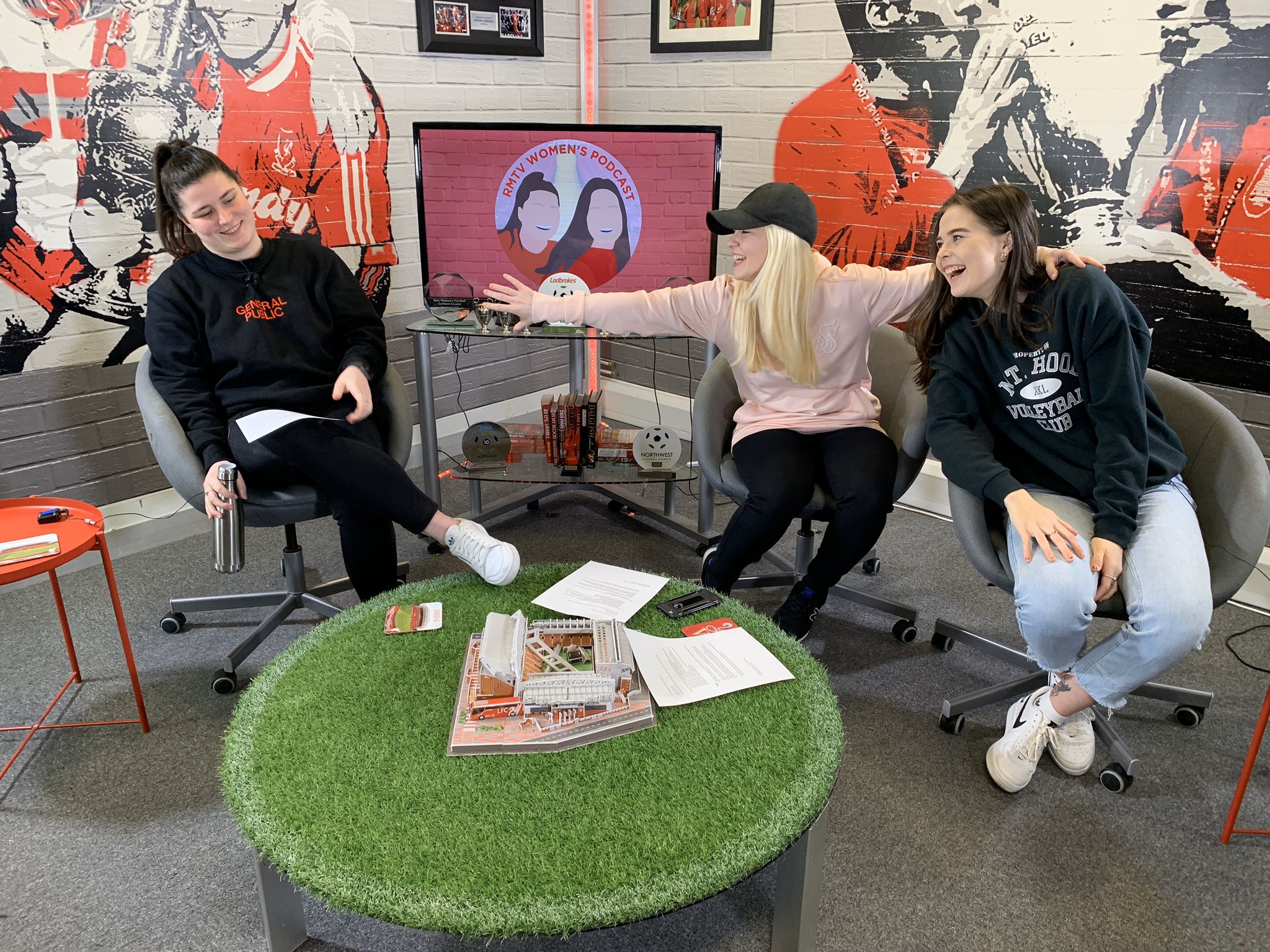 You’re one of the biggest and most prominent channels on YouTube for women’s football. What inspired you to get into this side of the game, and not the more mainstream men’s coverage?

Me and Lauren sort of realised that there was a gap in the market for a Liverpool women’s football podcast/channel and when we both started working at The Redmen TV we wanted a project to throw all our time and energy into as we were volunteering in the office 2-3 times a week- so we had spare time throughout the day to plan and film a show.

It’s important for us as women to play a part in broadcasting and shining a light on the beautiful game and anything that we can do to help increase women’s football population, we’ll do our best to make it happen.”

What are some of the challenges, if any, you’ve faced being a woman in the media in football?

Being taken seriously is a massive thing when wanting to be a woman in a male-dominated industry. Sometimes I get nervous before tweeting about the men’s game or saying something on a show as I know how harsh the internet and world can be if they don’t agree with you.

But sometimes you have to push yourself out of your comfort zone and you never know who may be watching, some young girls may see another woman on TV or YouTube and think – that’s what I want to do- and then we’ve done our job in inspiring the next generation of women’s media/journalists.”

You follow Liverpool Women’s FC the most around the country. The women’s team has struggled in recent years- in stark contrast to their male counterparts. Why do you think there is a disparity in the success between the two?

I think investment has quite a big reasoning as to why the women’s teams are struggling so much. There has to be an aspect of the players’ performance themselves on the pitch too and sometimes the performances haven’t been good enough or at a high enough standard that Liverpool Football Club set themselves.

It’s a huge contrast between the men’s team who are flying high and the women’s who are facing relegation- but ultimately the women’s game has been around a lot shorter time than men’s football, and it’s safe to say Liverpool women are definitely playing catch up. 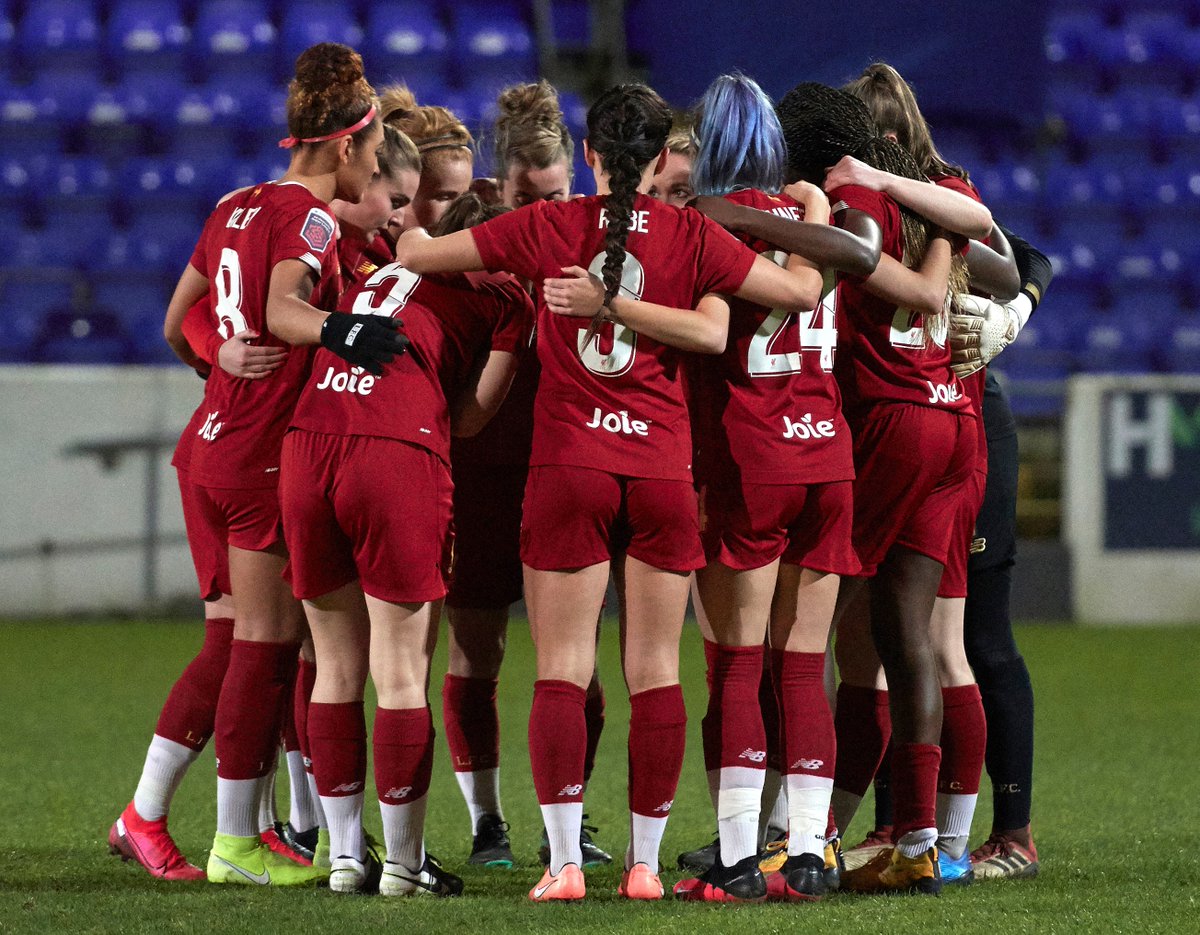 There has been a lot of debate on whether the women’s first teams should be allowed to use the main stadiums of the clubs they represent or not. The U23 sides in England often use stadiums like Anfield and Old Trafford for games- do you think this needs to happen more often in the Women’s Super League in order to attract more fans?

Yes! I think it is a brilliant idea for women to use men’s stadiums. It generates a massive buzz around the sport and really highlights it. As we saw last year at Anfield, 23,500 fans came to watch Liverpool Women vs. Everton Women which was such a special event. The same with Tottenham v Arsenal at Spurs’ new stadium.

It’s important to do as much as possible to get people to attend these games and then retain their interest moving forward. Hopefully in the future women’s football will have their own big capacity stadiums and won’t have to use men’s’ grounds. That would be the dream!

We see a lot of European clubs like Lyon, PSG, and Wolfsburg creating super-teams and using their resources efficiently to promote their Women’s teams. Why is England so far behind in trying to develop their own teams?

The WSL only became a full-time professional league a few years ago, meaning investment is probably still not at 100%. I think a few more years are needed, a few more investments here and there are really needed in order to get the women’s game where it needs to be. I think the likes of Arsenal, Chelsea and Manchester City are closer to the likes of Lyon and PSG. However when you look at the bottom of the table- the likes of Brighton, Bristol, Birmingham, and Liverpool there’s still a huge gap. This gap needs to be bridged before any further developments can be made to make the league as competitive as possible.

You’ve talked about VISA in your podcasts, who were one of the first major sponsors to pump money into Women’s football through sponsorship. Do you think sponsors are an important aspect to promote and grow the game or does it have to be done from a grassroots level alone?

Big money investments are massive in the growth of women’s football. Investments have been largely responsible for the growth of the women’s game and hopefully, other major sponsors will start to follow with the likes of VISA getting involved and Barclays taking over the league this season. It can only be beneficial and we’ll just have to see what happens in the future but it looks bright for sure.

The England vs USA match at the World Cup last year drew in 11.7 million UK viewers, making it the most-watched television broadcast in Britain in 2019. How do you get more eyes to follow these female athletes and make numbers like this the norm?

Media attention is probably the best way to get more people involved and watching women’s football. The World Cup was massive for the women’s game and have effected the numbers we see at WSL games today. Making the matches at the World Cup accessible on the BBC for everyone to watch helped the viewing numbers massively and the games were on at reasonable times, too. I think to help the game grow- more matches should be broadcasted on the big television channels such as the BBC, Sky and BT Sport. If this happens, I believe women’s football will grow massively.

Megan Rapinoe has been a global ambassador for the game- calling for equal pay in the sport for men and women. If the revenue being generated isn’t the same, should her statement still be taken into serious consideration?

It’s difficult to say. I’ve always been a firm believer that football, especially the pay should be equal for men and women as it’s just fair then. The USA have won 4 World Cup’s and the men are way behind in their shadow- so I would presume this would give their argument some substance to fight for equal pay.”

The WSL and its affiliated lower leagues had have some controversy in recent years- some clubs earning promotion but not being able to sustain themselves economically- and as a result choosing to pull out of top-flight qualification. Does this hinder the growth of women’s club football in England?

100%. If I have one criticism with women’s football in England- it is that there needs to be more investment at the grassroots level of football, not just the teams at the highest level. It’s sad to see teams have to jump 2 leagues below as they are financially unable to fund themselves in the top tier.

I do think it’s because women’s football is growing still- and more importantly learning as it grows! It needs time to make alterations and adjustments in order to not see this happen again.

What’s one thing you could take from the men’s side of the game to immediately implement in the women’s?

Probably the number of people who are loyal and committed to the game. The thousands of fans who go to every game, live and breathe their club. Having that amount of people at women’s games each week would be incredible.

One piece of advice you’d give young girls who want to be involved with the sport they love?

Go for it! Young girls these days have many more opportunities to get involved with football than when I did! There are girls football clubs for all ages scattered around everywhere and I’d just say don’t hold back! Reach for the stars and if you work hard enough you’ll get exactly where you want to be.”

Liverpool are on the verge of their first league title in 30 years- and currently the home of the reigning European and World Champions. What is the mood around Merseyside watching this record-breaking team push for success?

Really positive. The streets are buzzing, especially the red side! It’s great to think we are on the verge of success after waiting for 30 years.

Winning the champions league last season was just a taster of what this team can achieve, and hopefully winning the league this year will finally prove that we really are the best team and earn respect from every other side.

Final question, to end on a lighter note- Three female athletes we should look out for in the near future?

There are so many! From an English perspective- all the youngsters who’ve been called up for the ‘She Believes’ squad this season such as Chloe Kelly (Everton), Lauren Hemp (Manchester City) and of course our very own Niamh Charles (Liverpool). Internationally I’m not too confident with who to look out for, but there’s fresh talent coming through all the time so there’s always someone new around the corner!