Former Chelsea striker, Alvaro Morata, has said that he believes some of his former Blues colleagues lost confidence in him during his time at Stamford Bridge.

The Spanish forward joined Chelsea as a record £60 million signing in 2017 and got off to a hot start, scoring six times in his first six appearances for the London side. However, things went south pretty quickly.

Injuries paired with a dip in form would see Morata lose popularity with the fans and, speaking in a recent interview, he admitted that he felt very depressed, and moreover he didn’t even wish to leave his house. As things played out the 27-year-old joined Spanish outfit Atletico Madrid on loan in January; the move was eventually made permanent prior to the start of the current season.

Morata left Chelsea with just 24 goals in 72 appearances and his time at the Bridge could hardly be considered successful. He claims to have lost enjoyment playing football in a blue shirt but says he’s happy now that he’s back in Spain.

“I had stopped enjoying it,” he explained to COPE (h/t Metro).

“Now I’m happy, there were times I didn’t even believe in myself. In some games in England I felt like when my teammates saw me unmarked, I knew they thought I wouldn’t do anything good with the ball. I didn’t feel like doing anything, leaving home, talking to people, nothing. The only thing I had in mind was going to the World Cup, playing and being happy, and in the end, I was quite the opposite of happy.”

Morata also revealed that Chelsea wanted to keep him but he could not cope with the pressure and decided to join Atleti amid interest from several other clubs. 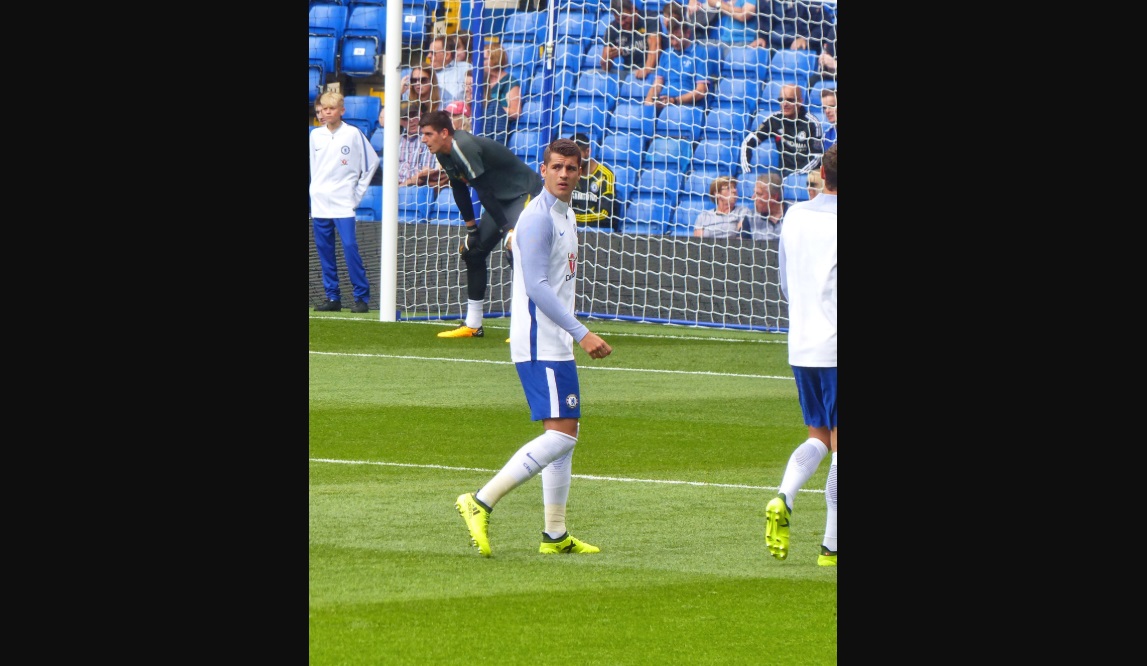 “If only I’d been able to mature before 20-22 years old, but I’d never faced such a limiting situation,” he continued. “I told my wife that we were going to go as far away as possible in January because I couldn’t deal with this pressure. Atletico came up, I had six or seven big offers and Chelsea wanted me to stay, but I decided to do what I’d been looking to do for various summers.”

Morata has scored 11 goals in 25 La Liga appearances since joining the Wanda Metropolitano side earlier this year, decent enough stats, especially when compared to his time at Chelsea. Atletico are currently third in Spain’s Primera Division, just one point adrift of first and second-placed sides Barcelona and Real Madrid. Bet365 are offering 20/1 odds on their chances of lifting the league trophy at the end of the season but Barca are the favourites at 4/9 while Real are 9/4.

Meanwhile, the Blues are flying under new boss Frank Lampard following all of the questions over his ability to manage his old club and are also sitting in third place in the top-flight standings. Ladbrokes has 33/1 odds going on them winning the Premier League title and fans can find all the best premier league free bets at freebets.co.uk.

Liverpool, though, appear to be the best-placed side to conquer England this term at 2/5 with Skybet, while current champions Manchester City are at 9/4 with William Hill.

Securing a Champions League place is the real priority for Chelsea right now but, of course, a Premier League title isn’t completely out of the question. They’re currently 1/4 to finish in the top four with Betvictor; anything less would be considered a failure.