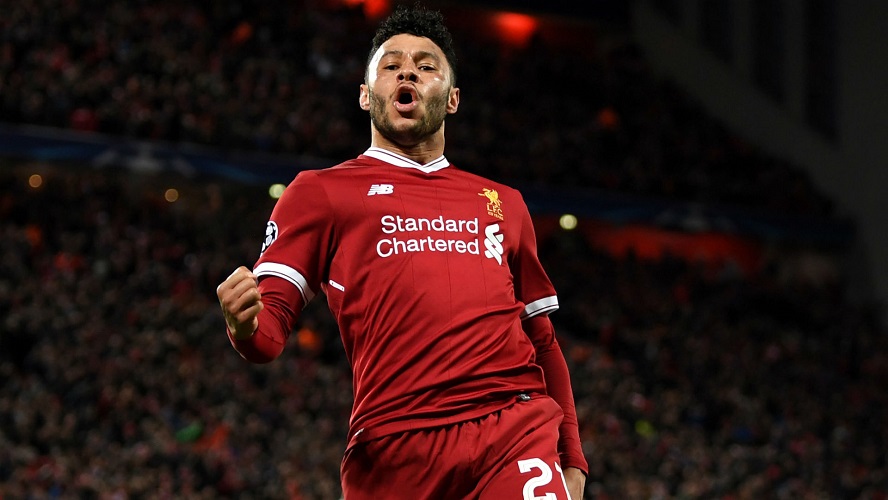 A first exclusive by Adibir Singh

Pressure. Nerves. Precautionary Football. These are the words ringing around Anfield in recent weeks, in the midst of a faltering title charge against one of the best teams in the country in Manchester City. Recent signs of Jürgen Klopp’s team falling flat in games, even against mediocre opposition have left many wondering why the fluid, attacking football from last season has been amiss.

Simply put, there seems to be a spark missing in the current run of form. Recent performances have pegged Liverpool back to a point behind the current champions. Only a handful of players seem to be showing the required consistency week-in-week-out.

Here’s where Alex Oxlade-Chamberlain’s return to the side can be a crucial asset for the remainder of the season. The 25-year old England international has been out of action for the last 11 months, following a knee-ligament injury in last season’s Champions League semi-final clash with Roma.

Oxlade-Chamberlain was a key player in last year’s run into the Champions League final, especially against the likes of Manchester City in both legs. Chamberlain, although a natural winger, transformed his game under Klopp and his pressing system to that of an attacking midfielder playing just ahead of two defensive midfielders.

Klopp’s midfield conundrum this season has been well documented, with no fixed combination between Milner, Keïta, Wijnaldum, Henderson and Fabinho.

Fabinho seems to be the only staple to this dilemma, with the weekly chopping and changing in the middle of the park providing no stability to the overall system of the team. Keïta was marked out as the pivot to the attacking aspect of the side but has failed to live up to expectations, albeit still getting used to the Gegenpressing style in his first season. Xherdan Shaqiri’s early season spark also seems to have fizzled out in the new year. Chamberlain can establish himself as a regular in the side while ticking all the boxes on Klopp’s list of requirements.

Sitting at the tip of the midfield trident, his pace and movement can help him find space in between the lines, bolstered by Firmino dropping deep to create the room to run into. The two anchors in midfield stay deep, affording him the freedom to drive into the channels from the middle and create scoring opportunities for the front three.

This drive and energy from midfield can help catch the opposition out as well as spearhead the counter-attacking football we saw from this Liverpool side last year. Acting almost as a fourth attacker, the areas Chamberlain occupies in the final third help the front three exploit the available space. Taking one defender out of the equation, this is the hallmark for a lethal counter-attacking unit.

This is precisely where Oxlade-Chamberlain can prove his £40 million worth. Coming into a side that has been falling short in recent games, he can bring the zing and zest required to get over the line against a stubborn defence. The attack has been misfiring, and Chamberlain can supply them with the ammunition.

Chamberlain has been included in the squad for the Champions League second leg fixture, against Bayern Munich, but that game may have come a bit too soon for the Englishman. He featured for the Liverpool Under 23’s on Friday night, his first piece of competitive action since his injury, to assess his match fitness.

“The Ox” as the fans call him, had a bit-part showing, being substituted after 41 minutes, possibly as a precaution. The midfielder displayed his lung-busting runs from midfield and sprayed an array of long balls to the wingers, something the Kop faithful would like to see strung together with the likes of Mané and Salah.

Viewed as a fan favourite, the return of “The Ox” will be revered like that of a new signing.

Chamberlain has publicly stated his desire to emulate the career of his boyhood hero Steven Gerrard. But he’ll be hoping to do one better and achieve something even the Liverpool legend could not in his glory days – winning a Premier League title for the Merseysiders.