Not many would be better attested to paying an ode to the power of versatility in football than Ryan Bertrand. In the wake of the seasoned Florent Malouda’s hamstring strain against Blackburn Rovers, the then Chelsea sensation was thrown in at the deep end of debuting in a Champions League final. What’s worse? Bertrand was tasked with the job of filling in as a conservative left-winger, an unfamiliar role for the 22-year old while keeping the interchanging Robbery (Arjen Robben and Franck Ribéry) quiet. With the world’s most daunting widemen raring to make a statement in front of a frenzied Allianz Arena that is always in the full swing of things, Bayern Munich seemed destined for glory at home.

The young Bertrand had plans of his own and repaid dividends to Roberto Di Matteo’s punt by suffocating them; eventually ending up with club football’s most premium honour to his name. On the back of 5 loan spells, he finally tasted the triumph of the Champions League in 2012.

With Bertrand’s claim to fame arriving due to his all-purpose attributes, the puzzling question is whether clubs should build their transfer policy around investing in versatile players? The simple answer is yes; however, it is critical to caveat this query by mentioning that youth players operate in a mirage of areas across the pitch when in the academy.

Such multifaceted traits assist them in finalizing their natural position as they venture into the senior stages and also enrich their physical and mental footballing development.

Ajax’s history of frugality can largely be credited to its blueprint of sowing the seeds of thorough coaching for years from the grassroot level in order to reap the rewards of all-rounded prodigies that have gone on to make a name for themselves across Europe. Systematic scouting and progressive coaching methods have been key ingredients to the Dutch club’s success.

By working in close quarters with their prospects and developing them into superstars rather than forking out outrageous transfer fees on players that are a product of the same fundamentals, Ajax has been traditional, yet ahead of the curve. Spurs’ Belgian defensive duo of Toby Alderweireld and Jan Vertonghen is just one example of the embodiment of this philosophy. 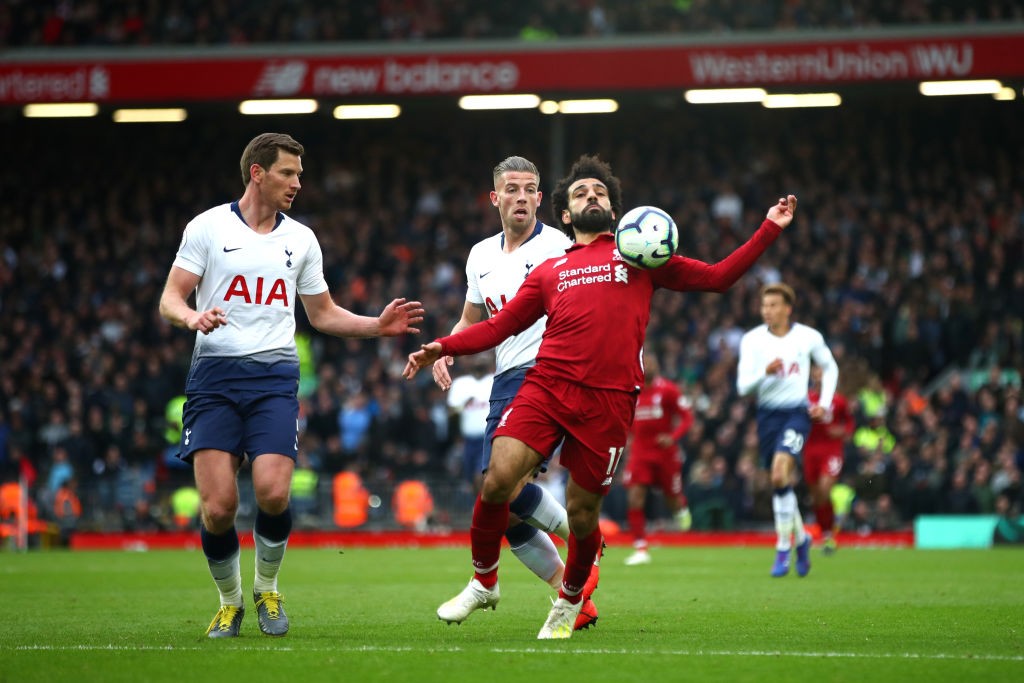 Alderweireld remodeled his game by transforming himself from playing as a right-back into one of the Premier League’s most sought after centre-halves in recent history. Vertonghen, on the other hand, continues to exhibit his astonishing versatility on the wrong side of 30 by putting in a match-winning display as a left-wingback against Borussia Dortmund in the last 16 of the Champions League.

The synonymous factor behind both of these stories is that the players in question have remained the benefactors of a continuous improvement cycle that constantly sharpens their flaws and allows them to freely adapt according to what the situation demands.

While versatile players are regular features in any squad across the globe, clubbing them into certain categories has helped managers in deciding how to best utilize an all-rounder at his disposal.

Without a doubt, the Renaissance man is the ultimate all-purpose player. Such players are generational finds that enter the fray as phenomenons and possess the gift to transition into deputising at other positions with the same ease. Keeping these criteria as a basis for the title of a Renaissance man, the likes of Lothar Matthäus, Phillip Lahm and Wayne Rooney have showcased that they certainly are the master of all trades and jacks of none. However, AC Milan icon Paolo Maldini fits the bill like no other.

The naturally right-footed Italian began his Milanese romance by operating as a right-back before he was switched to the opposite flank due to the presence of the combative Mauro Tassotti. Where most players would struggle to acclimate to the positional shift, Maldini found his true calling. Blessed with ambidextrous feet, the graceful left-back let his pegs do the talking as he reigned supreme as the world’s finest defender in what is heralded as one of the greatest backlines in the history of the sport.

As Maldini entered into his 30’s, his preemptive understanding of the nature of the game made him realize that he would have to reinvent himself in a comparatively lesser taxing position to maintain his insurmountable levels. His flair for the art of defending led him to the role of a centre-back in which the Italian international’s famous observation reflected the towering benchmarks he had set for himself that were key to his legacy.

“If I have to make a tackle, then I have already made a mistake.”

With no signs of the fire in his belly flickering for even a moment in his career, it was no surprise to see the Maldini, the epitome of versatility, embark on a journey spanning 24 years, in which he finally hung his boots at the ripe old age of 41.

While Renaissance men are few and far between, the utility man is a regular fixture in most sides. However, there is no disputing the fact that such unconventional talents do not receive the plaudits they deserve. Liverpool’s James Milner has been associated with being such an unexciting player that a Twitter parody account that goes by the name of “Boring James Milner” does the rounds across social media for comic relief.

No malice is meant when fans poke fun at the Englishman. However, there is a strong element of underappreciation about Milner’s one-of-a-kind skillset.

Starting his career as a central midfielder for Leeds United, Milner had burst onto the scene as the youngest player ever to score in the Premier League after getting on the scoresheet against Sunderland. Heralded as England’s beacon of hope in the middle of the park, the veteran’s career panned out in a way where he was deployed in a series of positions.

However, it was at Manchester City where Milner’s multifaceted range of skills was at its peak as he was assigned to play all across the frontline, especially as a right-winger and was also reverted back to his natural midfield role on occasion.

In September 2014, his versatility was put to the test when the Sky Blues were a goal and also a man down against Chelsea after Pablo Zabaleta was sent off. As Manuel Pellegrini brought on Bacary Sagna to occupy the Argentine’s position, sacrificing the more offensive-minded Aleksandar Kolarov at left-back, Milner was instructed to do a job. Not only did the Yorkshire native hold his own, but he bombed down the flank to set Frank Lampard up with an inch-perfect cross to score the leveler against his former club. That display was James Milner in a nutshell: all heart.

Other notable utility men in English football as far as the recent past is concerned are names like Michail Antonio and Ryan Fraser, who possess a similar skill set of coming up trumps wherever they are positioned.

The final category of versatile footballers is that of those who completely revamped their styles of play in order to prolong their careers at the highest level. Such individuals have had longevity as a major factor during their time playing the beautiful game and in addition, possessed the hunger to learn despite reaching the stars.

While several players can raise their hands up in association, the case studies of two legendary wingers at Manchester United can be put under the scanner in order to define this particular class in the best way possible.

Ryan Giggs and Cristiano Ronaldo, two high-flying wingers that had pace, trickery and an eye for goal in abundance considered age as a major factor in their positional makeover.

When Giggsy was setting foot into the twilight of his career, he decided to play in a more withdrawn role in central midfield and made things tick. Serving as evidence of the Welshman’s class his new position was his stunning assist for Michael Owen’s iconic derby day winner in the 2009-10 season

As for Ronaldo, he shows no signs of slowing down as he defies belief by the day, even at 34 years of age. However, even the physical specimen that is the Portuguese superstar has strayed away from his days of tricks, flicks, and swivels and has instead become more of a number 9 with his advancing years.

This tweak in his position has made him place more of an emphasis on goalscoring as his finishing still remains the most complete as compared to any forward in the history of the game.

Versatility, much like footballers themselves, comes in several styles. While it is commonplace to reduce an all-purpose player to someone capable of just “doing a job”, it is much more than that. Players that possess the V-factor have the culmination of footballing intelligence and athleticism that truly makes them a cut above the rest.