Barcelona travel to Estadio Montilivi today for the Catalan Derby against Girona.

The Blaugrana have been successful in maintaining their lead on top of the table in La Liga, currently 5 points ahead of Atletico Madrid. Meanwhile, Girona haven’t won any of their last 6 Liga fixtures and are currently in 12th position.

Ernesto Valverde’s men had a disappointing mid-week game, losing out 2-0 to the hosts Sevilla in the Copa del Rey. However, their form in La Liga has been nothing short of stupendous lately. The Catalan Giants have won their last seven La Liga games, currently the best run of any side in Europe’s top five leagues.

Lionel Messi and Luis Suarez are reaching incredible numbers in the Liga. The duo have 33 goals and 17 assists between them this season. 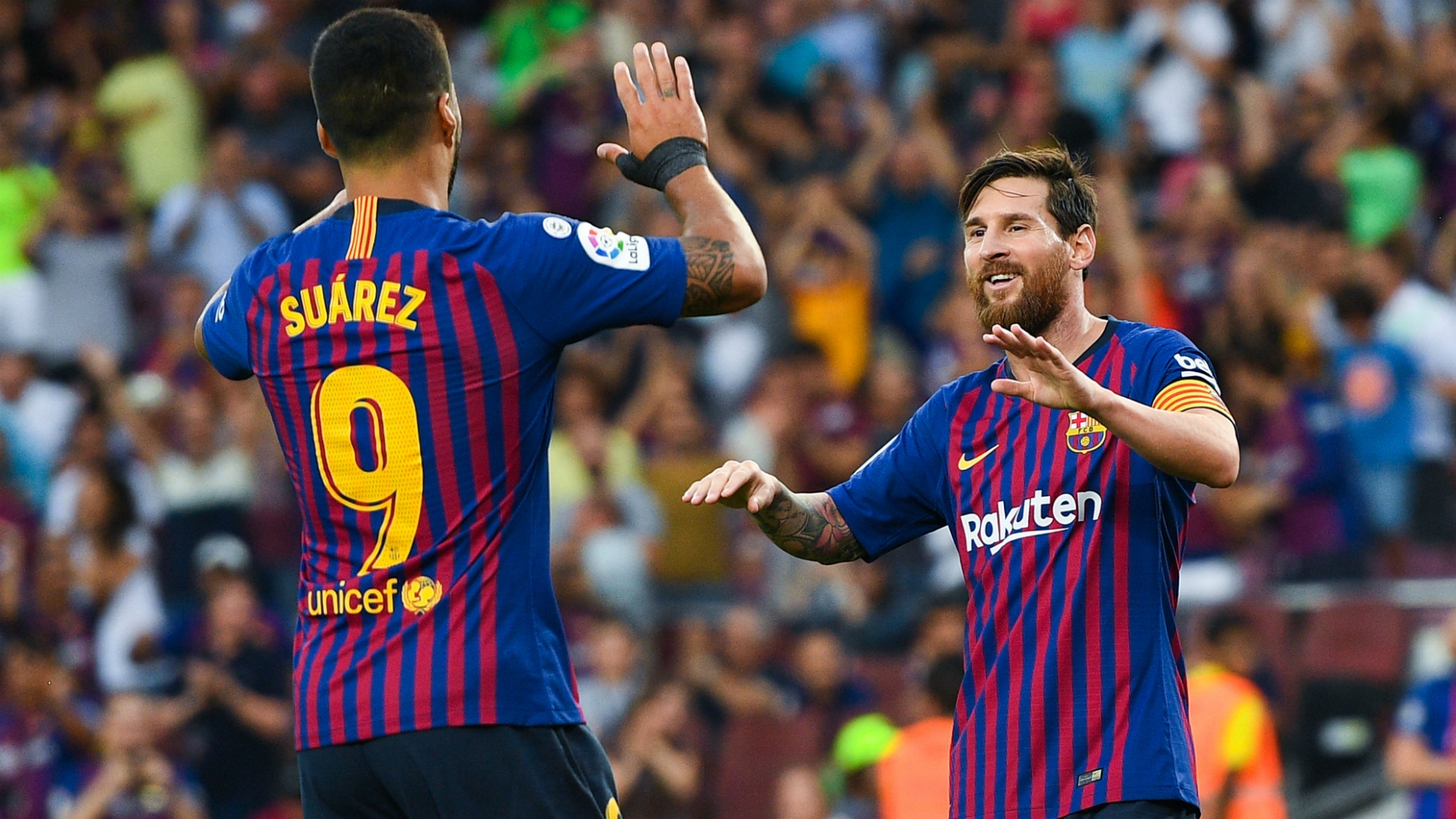 Girona faced Real Madrid in the Copa Del Rey in mid-week. The team’s performance was pretty impressive even though they suffered a loss. Nevertheless, the Catalan side managed to score 2 goals against the Los Blancos.

Girona are without a win in their last nine matches in all competitions. They are currently 12th on the table, four points above relegation zone.

Barcelona made two additions to their squad as of late, with Kevin Prince Boateng joining on loan and Frenkie de Jong on a summer transfer.

Boateng will be travelling with the team, but will in all probability sit this one out. His performance in midweek was nothing short of uninvolved and discouraging.

Girona have proved themselves capable of scoring against the giants in the Primera Division. They scored twice at the Bernabeu and also scored against Madrid at home in La Liga in August. Eusobio’s men have also scored in all three of their matches against Atletico Madrid and also netted twice at Camp Nou back in September. The Montilivi outfit have scored in each of their last seven matches in all competitions and in Stuani they boast La Liga’s third top scorer since the start of last season.

They have a fully fit squad with the exception of long term absentees Johan Mojica, Aday and Carles Planas. Girona rested top scorer Cristhian Stuani on Thursday, the Uruguayan remained an unused substitute at the Bernabeu. He’ll be back along with all other first-team players who were given rest during their mid-week clash against Madrid.

Ousmane Dembele has been ruled out for two weeks after injuring his ankle in the 2-0 loss in the King’s cup. Samuel Umtiti and Rafinha won’t be able to make the squad list due to their long term injuries. Murillo, too, will sit this one out due to technical reasons. Denis Suarez, who was dropped during midweek makes the cut to the squad list this time around. All other first-team players who were rested during midweek, including a certain Leo Messi are back.

Girona are hard to beat at home and are unbeaten at home since October. But Barcelona have managed to score against almost all teams in La Liga, and they are definitely not holding back in the derby. Girona managed to draw against Barcelona 2-2 in the first half of the season, but it’s less than likely for that to happen again. We predict a 3-0 victory for travellers.