You are here
Home > Opinion > Will 2019 finally be the silverware year for England? 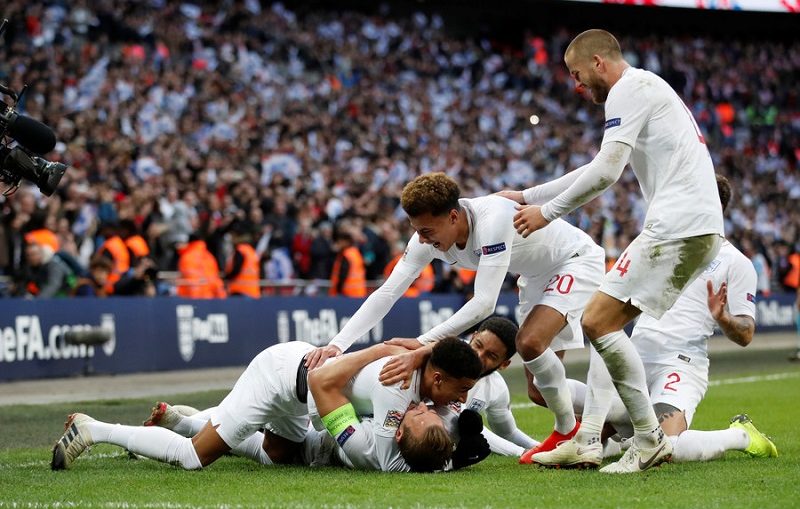 Whilst it may be a competition that still has football fans around Europe scratching their heads, the UEFA Nations League has been nothing short of interesting, particularly after the opening group phase threw up plenty of tense games and quite a few surprises along the way.

In Group 1, which looked to be the most fearsome on paper, a rejuvenated Netherlands side that hadn’t participated at Russia 2018, pipped World Cup winners France to the top spot by virtue of a superior goal difference. Meanwhile, Germany couldn’t apply any salve to their World Cup wounds, failing to win any of their four matches and suffering the embarrassment of relegation.

Goal-difference was also the decider in Group 2, as Switzerland discovered their shooting boots to leave World Cup finalists Belgium in their wake. As for Iceland, the Viking spirit was somewhat lacking in their performances in the Nations League, losing all four of their matches and only managing one goal in reply to the 13 conceded.

Few eyebrows were raised in Group 3, as Portugal comfortably finished top of the pile with two wins and two draws. Having also missed out on playing at the 2018 World Cup, Italy were perhaps more interested in continuing to rebuild for the future, at least maintaining their berth in the top groups for the next edition of the Nations League, while Poland were always likely to struggle against the two stronger opponents.

When Spain celebrated victory at Wembley against England, then trounced a hapless Croatia side 6-0 on home soil in Elche, their progress to the final four of the Nations League seemed to be a foregone conclusion. After England were held behind closed doors in Croatia, few gave Gareth Southgate’s team any chance of hoping for better than second spot in Group 4.

Nevertheless, England produced one of their best performances of the modern era when they visited Sevilla, racing three goals ahead in a magical first half. A shell-shocked Spain mounted a strong comeback in the second half, but the 2-3 final score told the story. Spain never really recovered after that, losing in Croatia, who in turn, were beaten at Wembley by England.

Performances by Southgate’s side in Russia, matched by a steely level of resilience and determination shown by finally topping Group 4 of the Nations League, has genuinely given England fans something to hope for. Such is the apparent level of confidence that the Three Lions can lift their first silverware since 1966, international football betting odds for the UEFA Nations League have them priced as 7/4 favourites.

It has to be said, that’s still quite a sizeable weight of expectation for England to carry, particularly given that Portugal, the second favourites at 2/1 to win this inaugural edition of the Nations League trophy, also have what could prove to be a distinct advantage in hosting the semi-finals and final on home soil. However, Cristiano Ronaldo and company must still earn their place in the final, against a very tricky Swiss side.

After their performances to reach the final four of the competition, anyone taking the Dutch for granted will do so at their peril. England have certainly come unstuck against the Dutch on plenty of occasions in the past, but if they can overcome the tough challenge posed by Koeman’s side, it will be further confidence ahead of any potential appearance in the final.

Mark the date in your calendar – Sunday 9th June 2019 – because that’s the day when England might well be lifting their first trophy in over half a century.