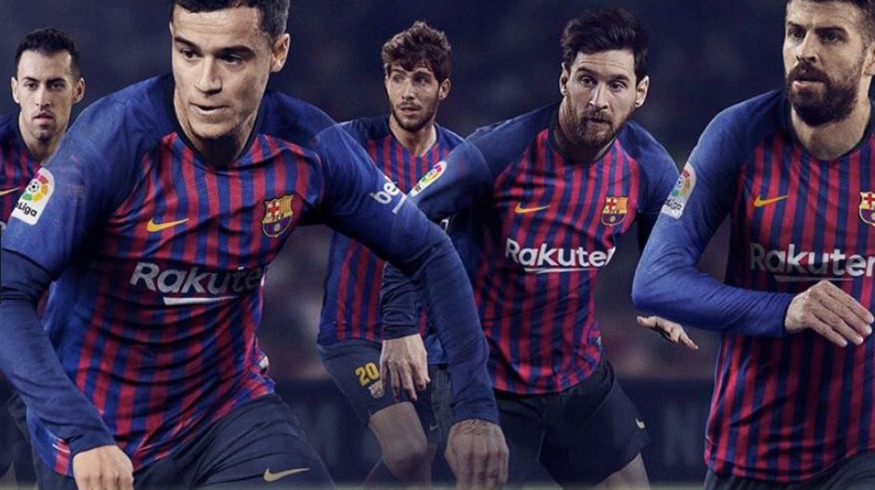 In a season where Barcelona’s talisman Neymar Jr. left the club to join Paris Saint Germain, followed by a complete humiliation in the hands of Real Madrid in the Spanish Super Cup, Barcelona made a strong comeback. They retained the league title from their arch-rival Real Madrid and finished their campaign with a massive lead of 14 points ahead of Atletico Madrid, who finished second. Although a shocking 3-0 defeat against AS Roma saw the Catalan club being knocked out from the Quarter Finals of the UEFA Champions League for three years in a row, they ended their campaign in a prestigious manner by winning their thirtieth Copa Del Rey and finished the season with a domestic double.

Ernesto Valverde was appointed as Barcelona manager in the summer of 2017. In his first season at Barcelona, he led his team to two trophies- La Liga and Copa Del Rey. It might be a huge achievement for any manager to win a domestic double in his first season at a top European club, but that’s just not enough in Barcelona.

A section of the fanbase hasn’t been satisfied with the pragmatic approach of the new manager. The tactical formation shift from traditional 4-3-3 to 4-4-2 didn’t impress a lot of people, but it certainly brought results.

In his second season, Valverde’s biggest challenge will be to bring in the aesthetics along with the results and doing justice to the club’s philosophy.

The Catalan club has been pretty busy in this summer transfer window. Brazilian midfielder Paulinho returned to his former club Guangzhou in a loan move in an unexpected fashion, just like his transfer to Barcelona was! Guangzhou will have an option to purchase Paulinho after the loan move is over.

The veteran midfielder Andres Iniesta finally left Barcelona for Japanese club Vissel Kobe in a free transfer, while Deulofeu and Douglas have moved to Watford and Sivasspor respectively.

As some of the familiar faces have bid goodbye to the Catalan club, there have been many new faces coming in the dressing room too. Promising midfielder Arthur Melo has signed for Barcelona from Brazilian club Gremio for €31 million, while Sevilla Centre-Back Clement Lenget joined the Spanish giants for €35.9 million. That’s not the end, Barcelona managed to sign Malcom from Bordeaux for €41 million before the  AS Roma could finalize their deal with the winger.

There will be no change in the Centre-Back duo consisting Gerard Pique, the loyal servant of the club and Samuel Umtiti, who had a fantastic campaign in his country’s world cup victory. Clement Lenget, Yerri Mina and Thomas Vermaelen likely to be the backups.

Jordi Alba will continue to take care of the left channel while Lucas Digne will be a potent backup option for him. If Digne leaves in the summer, which is a possibility, Marc Cucurella might get promotion in the senior team.

This is going to be an extremely important season for Nelson Semedo, who as per rumours is likely to replace Sergi Roberto for the Right-Back spot. Roberto, who is habituated to play at different positions, will be keen to find out Valverde’s plan for him, whether he’ll continue as a Full-Back or return to his original position in the midfield.

After serving the senior team for 16 long years, Andres Iniesta finally bid farewell to his childhood club at the end of the 17/18 campaign. With his departure, Barcelona have gone all guns blazing to strengthen their midfield. Even after the signing of Arthur Melo and Malcom, they are still linked with Adrian Rabiot, who is keen to join the Spanish club as per latest reports.

Arthur Melo in his Gremio days

Although it’s not clear whether Valverde will keep playing with his preferred  4-4-2 formation or shift to Barcelona’s traditional 4-3-3, the most likely candidate to replace Andres Iniesta in the midfield is Phillipe Coutinho; alongside Sergio Busquets and Ivan Rakitic. The new signings offer much necessary bench strength to the manager to chase all the three titles. Carlos Alena and Oriol Busquets from Barcelona B also are in Valverde’s radar and could be used to rest some of the key players from the starting eleven when fixtures get tighter.

A forward line that contains names like Luis Suarez, Lionel Messi, Ousmane Dembele is a nightmare for the opposition defense. But the recent form of Luis Suarez who just scored one goal in the last season of Champions League and had a pretty average first half of the 2017-18 La Liga campaign is something to be worried about. The over-reliance on Lionel Messi is also a reason for Valverde’s increasing stretch marks on his forehead. With no possible signing of goalscorers’ on the horizon, it’s very important for Luis Suarez to find his old form back if Barcelona want to end their Champions League drought. A big signing like Ousmane Dembele is yet to become a starter and Valverde’s thoughts about his position in the team are still not clear. The recent signing of Malcom, who offers a similar role as Dembele, will make competition for spots even more intriguing.

Ernesto Valverde will have plenty of players in this season for sure, but he’ll have a headache to accommodate so many forwards in his lineups. Not only that, the increasing pressure from the fans to promote youth from La Masia academy is something he has to keep in mind.

At the same time, hard hitters of the ball like Coutinho and Malcom in the team gives Valverde a lot of advantage against teams with deep blocks, teams that take the ‘bus parking’ approach.

Barring time, no one can tell how Barcelona will overcome the departure of Andres Iniesta, the poor form of Luis Suarez or the over dependency on Lionel Messi; but with some positive signings and a strong bench, Barcelona’s season looks very promising. It all depends on how Valverde manages this team of juniors and seniors, to get the best out of them, keep them fresh and motivated for a long run. Until then, we can only wait.