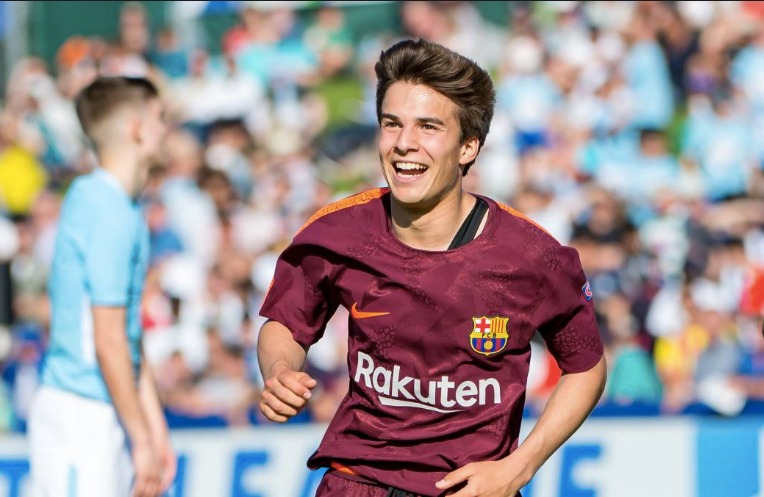 Many struggle to envisage the babyfaced Riqui Puig as a professional footballer. With several studies cementing the belief that the average body weight of an athlete in today’s day and age is 70% higher in comparison to the early 1900s, the 19-year old is an enigma of some sorts. However, this skepticism can be debunked with ease in a sport such as football which relies on technical proficiency like no other, especially at an academy of La Masia’s calibre that have been incredibly successful in honing the talents of other physically unimposing prospects such as Xavi Hernandez, Cesc Fabregas, Andres Iniesta and a certain Lionel Messi to global superstardom.

Puig is a product of not only the same institution but moreover, an overarching ideology of structuring a player’s ability around his brain over brute. Making waves for Barcelona B in the 2017-18 campaign, the 19-year old’s red-hot form has already ignited the interest of top European clubs such as Tottenham Hotspur. Despite the young buck’s inexperience at the highest level, there lies a certain maturity way beyond the precocious Puig’s tender years that makes him a safe bet to bank on.

As a result, the young star was tied down to a contract till 2021 in June with the club slapping an exorbitant 88 million pound release clause to brush away any potential suitors of Puig’s signature. A true cule at heart, Riqui Puig claims,

An additional major indication of this unwavering faith in the teenager’s talents is Barcelona boss Ernesto Valverde handing the No.8 shirt to the youngster on his senior debut in a pre-season tie against Spurs, ironically. While Arthur, recently signed from Gremio has been permanently assigned Andres Iniesta’s iconic number, suggesting that Puig must graft his way up to earn a plaudit of such high esteem. The mercurial midfielder is considered as a potential heir to the evergreen playmaker’s throne among the Blaugrana hierarchy.
Much like the virtuosic Iniesta, Puig’s game emitted the power of simplicity by engaging in short and accurate passes, while distributing the ball neatly and on occasion, thumping an inch-perfect diagonal to showcase his enviable passing range.

However, the levelheaded lad was quick to dismiss the comparisons by stating, “I have a long way to go but equalling Andres is impossible.”

With several youth products failing to make a statement under the spotlight, largely due to being excessively keen to impress, Puig’s display was a balance between moments of sheer audacity, most notably his sombrero flick on Christian Eriksen combined with a perfect execution of the basics that are ingrained in Barcelona’s system from the grassroots level. 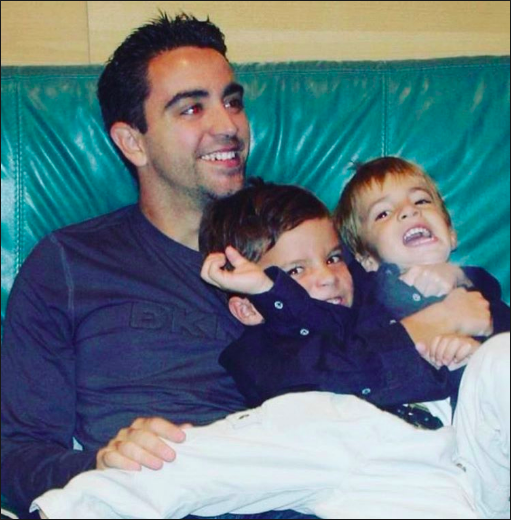 An ardent admirer of the starlet’s minerals is his idol, Xavi Hernandez who has tipped Riqui Puig as a shoe-in for Barca for years to come.

“I am very happy because when I see him playing, we can see the total Barça school, that we like so much. In some way, it reminds us of that football that we have lived years ago. That particular DNA of our game and that is so complex to find in specific players. And Riqui has it.”

The prodigious midfielder continued this rich vein of form with a standout display against Milan, pulling the strings from the centre of the park while tormenting Frank Kessie in particular with a series of “croquetas” and deft feints. It was a rare sight to see a prospect who is yet to experience the wilderness of first-team football in its full flesh controlling the tempo of a game with such ease.

The legendary midfield general and current AC Milan tactician Gennaro Gattuso was awestruck by the 19-year old’s smashing performance and bestowed the youngster with massive praise by saying,

“Riqui Puig is a spectacle. I am amazed to see a lad with the face of a child treat the ball like that. I see that he feels football inside him and what he did was like poetry.”

While it is evident to cules and the board that Puig is a diamond in the rough, the question that looms is whether he can adapt to Barcelona’s system in the long run and become a mainstay in midfield for the Blaugrana.

Off the ball, when the team is without possession, the team usually indulges in consistent high pressing as a unit rather than singular efforts. This bodes well for Puig who is no slouch and puts the hard graft in by chasing players like shadows and getting stuck into attackers. 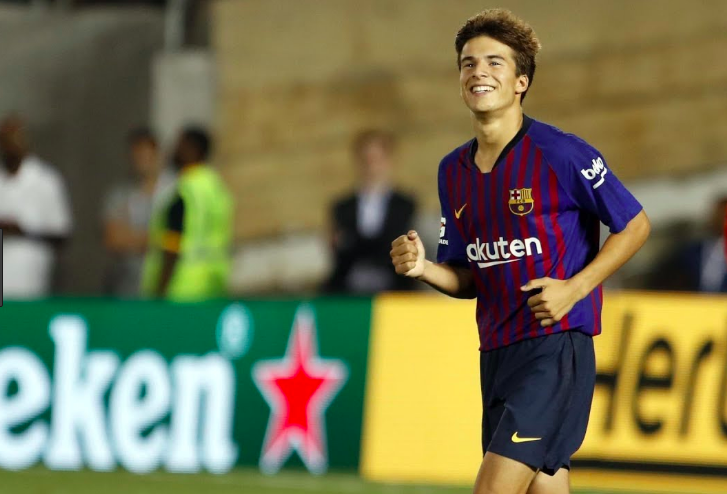 When in possession, his off the ball movement is a treat to the eye. The beauty in his off the ball movement can be comparable to a David Silva as the youngster has a tendency to find pockets of spaces and run riot. In addition, what is all the more interesting is how his movements are not only capable of making space for him, but for his teammates as well. Puig excels in changing flanks when he can sense markers on his tail, much like Luka Modric. Positionally, Puig’s attributes are highly fine-tuned and a further indication of a special footballing brain at his disposal.

Previously featuring as a false 9, he has been converted into a central midfielder in fine fashion by Barcelona B manager Garcia Pimienta. The 44-year old’s keen eye for a potential star in the making was invaluable as he developed Puig into an absolute class act by working with the boy under close quarters.

While eternal optimists among the Barcelona faithful would drool at the prospect of Puig getting a run out in the Copa Del Rey and appearances off the bench to gradually find his way into the first-team, it would be more pragmatic for the prodigy to spend another season at Barcelona B under the tutelage of Pimienta who is born with the Barca DNA.