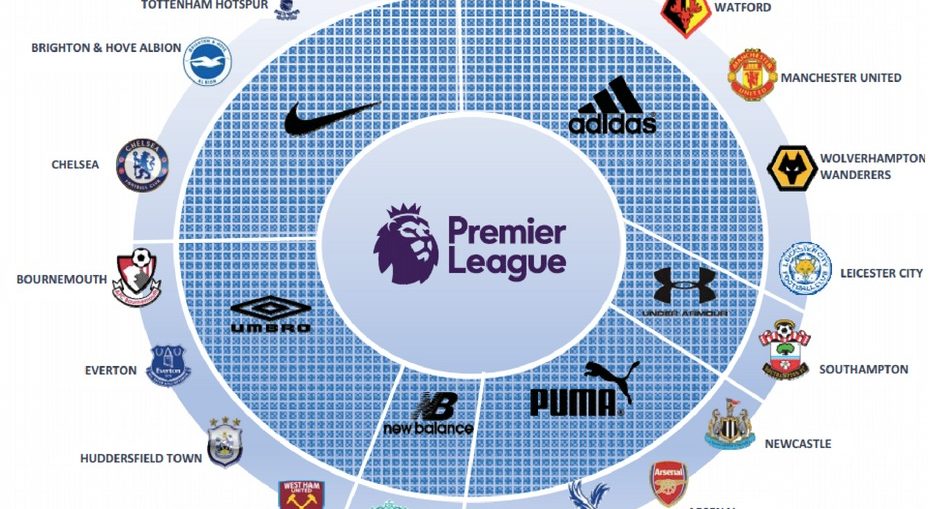 Premier League action begins on Friday 10th August when Manchester United take on Leicester City at Old Trafford. Whilst most of us will be eager to see what transpires on the pitch during the first weekend of the 2018-19 season, financial experts are focusing on what makes the English top flight the most lucrative domestic football league in the world.

The 2018-19 campaign will be the last of a £8.4 billion three-year deal secured by the Premier League between 2016 and 2019, for both domestic and international TV rights sales. According to reports in the Guardian, this period has also produced record profits estimated to be

Although the 2019-22 domestic rights sales have fallen slightly in value, that is offset by overseas rights sales which continue to grow, accompanied by rights packages agreed with online giants such as Facebook and Amazon, who will broadcast matches live for the first time from the 2019-20 season.

Inevitably, such a potent international reach makes the English Premier League one of the most desired sports properties in the world, which is highlighted by recent research and analysis published by the Sports Business Institute Barcelona, focusing on the changing face of shirt sponsorship brought about by the continually increasing exposure English football enjoys.

The 2017-18 season was the first in which Premier League clubs were allowed to feature sleeve sponsors on their shirts. Quickly regarded as an additional way to garner extra revenue from shirt sponsorship deals, during the 2018-19 season nine clubs in total will display sleeve adverts, including Manchester United and Wolverhampton Wanderers for the first time.

Boasting a total of five kit sponsorship deals which accounts for 30% of the market share is Adidas, who feature Manchester United as the jewel in that particular crown. Puma, Umbro and Nike each sponsor four clubs, with 2018-19 Premier League betting favourites Manchester City likely to be the most lucrative for the latter. New Balance with Liverpool and Under Armour with Southampton, make up the remaining deals.

Compared to some of the major leagues in Europe, where some teams have often failed to secure shirt sponsorship deals over recent years, companies are still chomping at the bit to emblazon their brand on the front of Premier League shirts. Of course, this brings important additional revenue for the twenty clubs amongst the English elite.

According to scoreandchange.com studies of shirt sponsorship, the gambling industry continues to hold the biggest sway as the favourite partner for clubs. During the 2018-19 Premier League season, nine of the twenty clubs will feature the logos of gambling companies on their shirts, which follows a growing trend. Even if they’re not featured on the front of shirts, all clubs currently have marketing partnerships with gambling companies.

Formerly the biggest backer of shirt sponsorship deals, financial services industry sponsors feature on just four shirts for the 2018-19 campaign, while the remainder are airlines, tourism, automotive, telecommunications and service industries. Interestingly, due to the huge international reach of the Premier League, sixteen of the twenty shirt sponsors are companies registered overseas, or in overseas UK territories.