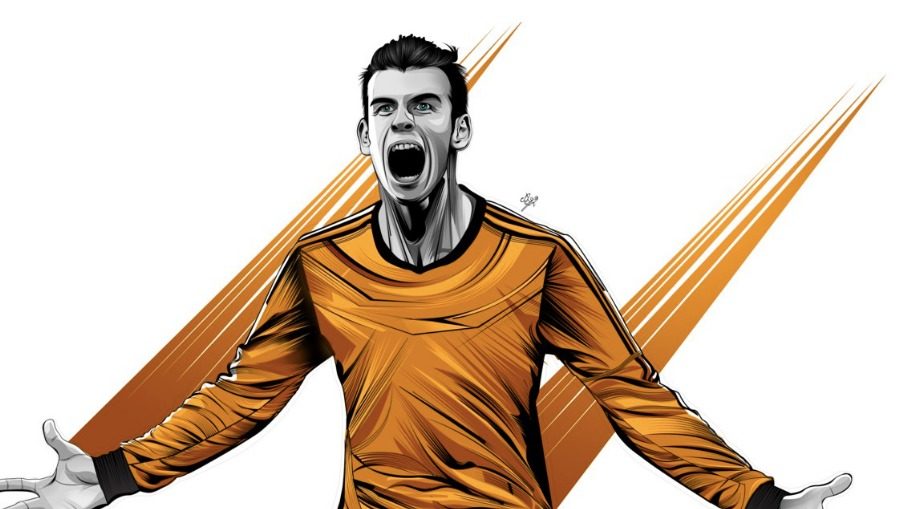 When Gareth Bale leapt higher than most to attempt a bicycle kick against Liverpool in possibly the biggest match in club football, every football fan watching the game felt their heart skip a beat for a moment as Karius was left rooted to his spot. Time stopped in a similar fashion to when Ronaldo scored that header against United in Europe’s most elite competition. After already witnessing a similar fruitful effort from the Portuguese superstar weeks before against current employers, Juventus, it was a cherry on the cake for Real Madrid but the situation both players were in was quite different.

Gareth Bale was always the one to take up the mantle of the King of Santiago Bernabeu after Ronaldo’s departure. But call it bad fortune or part and parcel of the game, the Welshman always seemed to come up short. Whether it was due to constant injury constraints or simply not earning sufficient game time to live up to his billing, Bale’s career in the Spanish capital was on the wane.  He faced similar tides at Tottenham at the start of his career when he was just a left-back. He was considered as a bad omen during Harry Redknapp’s time in charge due to his team’s losing streak whenever he was on the pitch. However, the metamorphosis that came with him operating higher upfield gave English football an incredibly gifted attacker who caused mayhem with his surging runs on the flanks and put both North London and Wales on the map.

But the moment which really amazed the whole world was when Tottenham faced Inter Milan, earning him the nickname “Cardiff Express” as he terrorized Maicon to dispatch the Nerazzurri. Los Blancos came calling as the Welsh wizard continued to take the Premier League by the storm and although there was no shortage of trophies with Real Madrid, there are three matches which have cemented his position in the history books of his rollercoaster ride at the Santiago Bernabeu.

Gareth Bale had a rocky start to his career with the Los Blancos as Spanish papers were going gaga over his price and it was obvious that they would pose serious questions to each and every mistake he made on the pitch. His chemistry with Ronaldo, both on and off the pitch was questionable. The former Spurs man, already being a survivor of the stormy waters in England, knew he had to do something special in the biggest occasions to win his critics over. And he did just that.

Real Madrid were without their main talisman in Cristiano Ronaldo when they faced Barcelona in the Copa Del Rey Final. Los Merengues were going through somewhat of a drought and all their hopes resided on the shoulders of the Welsh beast. Bale looked hungry in his natural position on the left-wing with the absence of Ronaldo, initiating counters, troubling the Barcelona defence with his lung-busting runs. However, he was lacking precision as his shots were just breezing away from the post.

The big moment arrived when Gareth Bale received a pass from Fabio Coentrao in the 84th minute.  The Welshman pushed the ball forward ahead of  Marc Bartra on the left touchline asserting an initial physical dominance to beat the Spaniard as he stepped on the gas, leaving his marker for dead and squeezed the ball through goalkeeper Pinto’s legs to win Madrid the tie over their bitter rivals.

Madrid’s topsy-turvy campaign was once again the talking point of the season as Los Blancos were facing their city rivals in long awaited UEFA Champions league final. Gareth Bale looked out of touch, playing the biggest game in his career. He tried shots from the right flank in typical fashion but the crowded Atletico defence line was hard to break through.

It was after Sergio Ramos’ header which kept Real Madrid in the contest that Bale and co. sprung into action in extra time. Di Maria went swirling around against the Los Colchoneros defenders from a counter attack and managed to have a shot on goal which was saved only for Bale to head home.  It was a mammoth goal which ended a resilient Atletico Madrid’s hopes and brought back the long-awaited “La Decima” to Real Madrid’s grasp.

In his own words, Gareth Bale was “frustrated”. He lacked self-belief throughout the year and even when he looked like getting back to his usual self, the injuries came back to haunt him. But his time came when he came on as a substitute in the 60th minute with the score tied at 1-1. Minutes later, he tilted the tie in Real Madrid’s favour with an immaculate bicycle kick as the rest of the world looked on in awe. The goal was something sensational, arguably one of the best the competition has ever witnessed.

The goal gave Gareth Bale an extra yard of space which seemed missing throughout the season. That burst of confidence was evident as he kept pushing the Liverpool defense with his electric pace and came back to defend in need. He was rewarded again when his 30-yard shot found its way through Karius’ hand and all but confirmed Real Madrid’s 3rd consecutive Champions League triumph. Bale went on hungrily, looking for his hattrick with his new found confidence but time was not on his side, however, the much-maligned Southampton youth graduate had made the Champions League final his own.

These three matches symbolize his journey in Real Madrid and his career as a whole. Whenever Bale was criticized for not doing enough, the Welsh dragon came up with moments of sheer genius. He shrugged off his critics and came up with the goods to defy the odds.

Gareth Bale stayed humble over the years, worked hard in silence and finally, after the departure of Cristiano Ronaldo from Madrid, it seems his hard work is paying dividends. Although critics already declared his brilliance fading away, Bale came back to hedge his bets as he is spearheading this new-look Madrid front three with 5 goals already under his belt . It is too early to tell but the morning shows the day. And no sane man would bet against Gareth Bale if he stays fit as he will inevitably stay firing.

Read More | Luka Modric: Dancing With The Devils From Zadar To Madrid |

Luka Modric: Dancing With The Devils From Zadar to Madrid.