The outlaws of the game don’t get enough credit for their accomplishments, and Diego Costa is a perfect example of that. @Marceloholic(Twitter handle) takes a look at how he became a key component of the recent success that Chelsea have enjoyed in the Premier League after moving to Stamford Bridge in the summer of 2014. 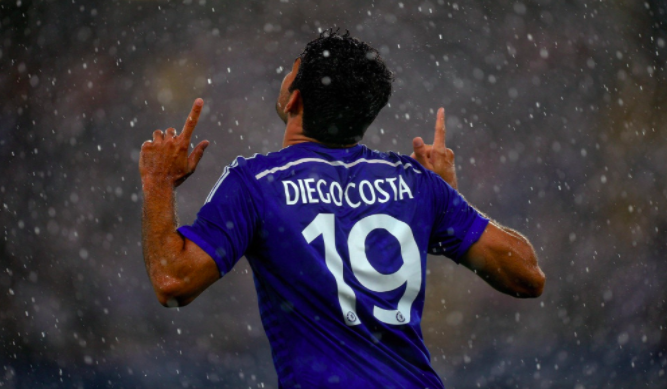 Jose Mourinho bought Diego Costa because Chelsea needed an elite striker to propel them to the summit. He didn’t trust Lukaku and it was impossible to mount a title challenge with Ba, Eto’o, and Torres. Diego Costa came off an elite goal-scoring season at Atletico with 36 goals in 50 matches. Having a prolific goal scorer in your team is very important if your main target is to win the league. Suarez came really close to winning the Premier League for Liverpool in 2013-14. Robin van Persie is another example of a player who won the Premier League for Sir Alex’s Manchester United side. Chelsea lacked a goal scorer like that, and in Diego Costa, they found the missing piece of the puzzle.

In his first season, he didn’t disappoint, and had an instant impact after scoring 7 goals in the first 4 matches. This helped establish Chelsea as clear favorites. He ended the season with 20 goals in 26 league matches. However, that didn’t mean he was not criticised. 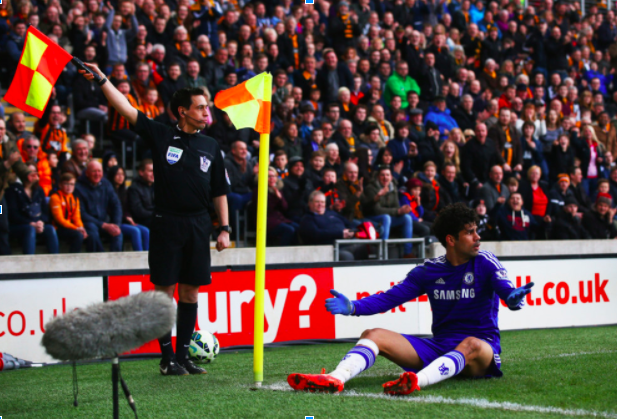 Due to his wild nature, he was often targeted by pundits and refs. Sometimes they were fair and other times they were harsh. I like to call them “Costa Crimes.” Recurring hamstring issues throughout the season didn’t help Costa and he was often slammed by his manager Jose Mourinho for his lack of training. He only played 37 games in all competitions as compared to the 52 in the previous season with Atletico. His poor form in the Champions League didn’t help Costa either, even though he won the EPL and the League cup with Chelsea in his first season. 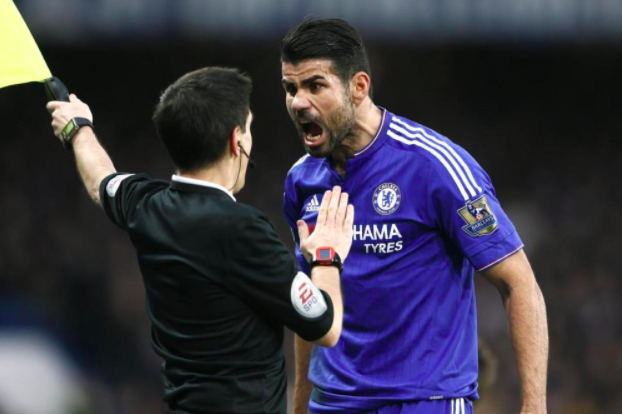 2015/16 was a very erratic season for anyone associated with Chelsea FC. Their dream of retaining their Premier League title was over quickly as they only managed 11 points in their first 12 matches. The whole team was in shambles, Jose Mourinho had lost the dressing room, Eden Hazard and other big names including Diego Costa were misfiring, and Jose was sacked in December. It was a really tough season for Diego Costa. He was dropped against Spurs by Jose in November and he only managed 12 league goals ( Chelsea’s Highest scorer) as compared to the 20 goals he scored in the previous season. Speculations arose that Diego Costa will leave Chelsea as he was branded as a ‘rat’ by Chelsea supporters and was blamed for the sacking of Jose alongside Fabregas and Eden Hazard. 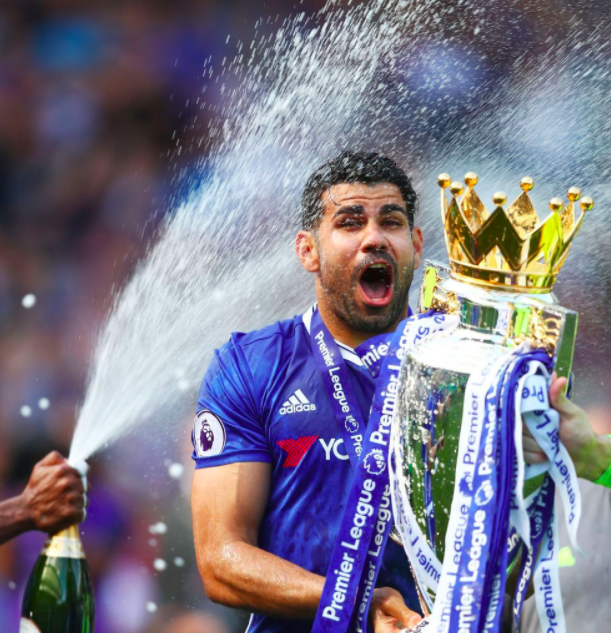 He started his final pre-season at Chelsea really badly, constantly pushing for a move but it didn’t reciprocate the same way so he stayed. He had an insanely good first half of the season. Winners vs West Ham, a brace vs Liverpool in a 2-2 draw, a match-winning assist, and a memorable performance against City which turned the game around were some of his notable performances from that season. He then took it to the next level by bagging winners vs West Brom, Middlesbrough, and Palace in a very tough period. His 15 goals and 5 assists in his first nineteen matches truly carried Chelsea, where he only needed half a chance to turn it into something effective.

Chelsea FC: A Dream That Became a Reality

Chelsea FC: A dream that became a reality.

That was all the sweeter part of the season, now let’s discuss the bitter part of the season. It went downhill after January, when he fell out with Conte, had a bust-up with the fitness coach, and was constantly pushing for a move to China for a 570k/week offer. He was taken out of the team for a week by Conte but was brought back after him and Conte decided to call a truce. But he never recovered and had an awful second half of the season. Notable terrible performances came against Manchester United and Crystal Palace. His only significant performance in the second half of the season came against Arsenal in the FA Cup final when he bagged an equalizer.

Of course, it wasn’t a perfect season for Costa since it was marred with controversy, but his impact can’t be denied. He dragged the team out of the tough spots in the first half of the season, and perhaps without his goals, Chelsea wouldn’t have won the Premier League in 16/17.

“Hi Diego, I hope you are well. Thanks for the season we spent together. Good luck for the next year but you are not in my plan.”

This was the text message Antonio Conte sent to Diego Costa before the start of the new season. 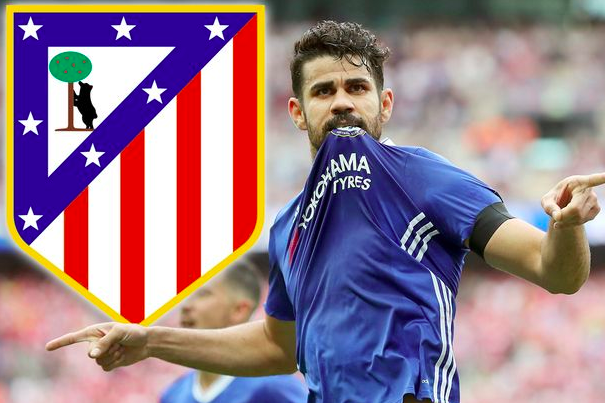 It was clear that Conte and Costa would never work together and thus this led to the sale of Diego Costa to Atletico Madrid for £57m. Costa has always been a favourite of Simeone who wanted him back at the club and even demanded it as part of his recent contract negotiations. The Spanish international will be allowed to train with Atlético but he cannot be registered to play for them until the ban is lifted on January 1, 2018.

Helping Jose lift his first Premier League title during his second spell at the club, and aiding Conte to his first Premier League title, one can’t deny the importance of the 59 goals Diego Costa scored for Chelsea in the 3 seasons he spent at the club. Having a better Strike rate than the greatest striker in Chelsea’s history, Didier Drogba, and being the top scorer for the club for 3 consecutive seasons, Diego Costa’s footprints will forever remain at the Bridge.

Diego Costa: A Legacy That Could Have Been