Croatia have lived to tell the tale of the most exemplifying scenarios of World Cup qualifications. Despite being pitted against a group of non-strenuous teams of Europe, Croatia should have found it easier to qualify and march into the World Cup. But Iceland were still writing history across various books and secured their qualification after a demanding campaign. This, however, left Croatia to do the dirty work and play the qualifiers against a lowly Greece. Croatia easily shrugged off Greece 4-1 in the first leg of the qualifier. Their recent roller coaster ride saw them trampled by Brazil at Anfield. However, with the World Cup less than a fortnight away and the squads announced, Croatia need to gather momentum before the final showpiece.

Croatia, among their ranks, have defenders and goalkeepers who have had a mixed bag of emotions across the season. Lovren and Vrsaljko lead the defence line with Subasic between the posts. Lovren was in the heart of the Liverpool defence. Although his first half of the season saw him commit some horrendous mistakes, VVD’s arrival helped him gain ground and his confidence. Lovren played 29 games and a total of 1983 minutes under Klopp’s outfit in the Premier League. He made 33 interceptions and 13 shots were blocked by him.

Of all the Croatian defenders, Lovren played the most games in the League and has a jaw-dropping 139 clearances to his name. Lovren would also have a trophy to his name, had it not been for Karius at the finals. However, the Madrid Juggernaut have not stumbled across for seasons in the Champions League now and it would have been too much to ask from Liverpool. Dejan Lovren had also made 2 defensive errors, which lead to goals and had fouled others on 12 occasions. 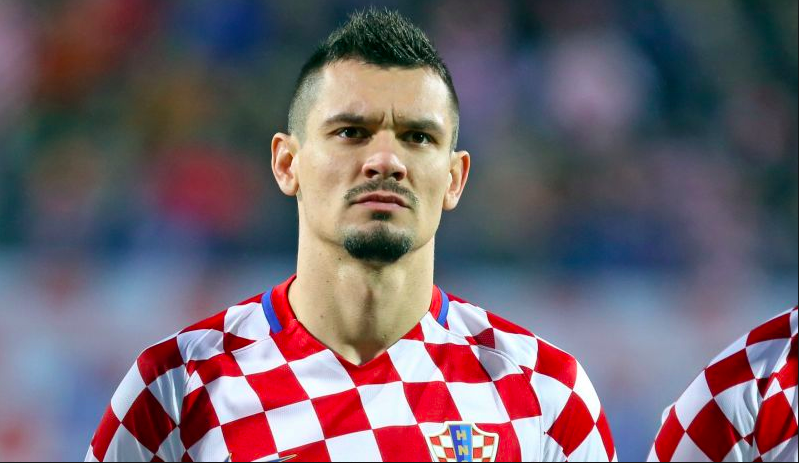 Another defender worth his gold in Croatian colours is Simon Vrsaljko. One of the hot properties in the football market, he is the answer to the prayers of teams who are in dire need of Full-Backs. Vrsaljko has only played 19 games this season. However, he has gained a name considering he is playing as a deputy to Juanfran. Now that Juanfran is past his prime, it is the time for Vrsaljko to shine and attract interest if he is to seek pastures anew. Despite having 19 games and 1516 minutes under his belt, Vrsaljko has the experience of disrupting top notch forward lineups and their venomous attacks. He has made 42 interceptions in the league itself with 7 blocks and 52 clearances.

To be a member of the Simeone defence line, one needs to be rugged and gruesome, which he clearly is. Committing fouls on 29 occasions across the league, he is clearly a player who isn’t shy about taking one for the team. He also has a knack of sweeping up aerial threats poaching around his box, with claiming 64.29% of all the aerial duels he has been in. The stats itself speaks in abundance as his aerial prowess and winning percentage is more than that of Lovren despite being deployed in the Full-Back positions.

To find out more about Croatia’s group click here

Donning the gloves for the Croatian team will be Danijel Subasic. Subasic has been an integral part of AS Monaco and is now seeing his prime years coming to an end. With age catching up with the Croatian international, it is probably the last time he will be on international duty in a major tournament. He is coming out of a busy season with 34 games under his belt and 2940 minutes on his side. He was successful in keeping 11 clean sheets and conceded only 41 goals. However, he made 69 saves by either punching the ball or deflecting it. This proves that he is somewhat error-prone as he made errors in 2 instances which lead to goals. It can be a perfect tick for Subasic to bow down as an icon where the upcoming generation of Croatia has a hero to look upon.

Magic in the Midfield:

If there is any element of Croatian football which can make any team jealous, it is the Croatian midfield. Presiding over their midfield are the most complete midfielders of the generation, namely Ivan Rakitic and Luka Modric. These two game-makers are responsible for running the engine of the most devastating attacks across the whole of European Club football. Considering only their league stats, both of them together have made nearly 3500 passes. If these two weren’t enough to pull the string, they also have Kovacic, Brozovic, and Perisic among their ranks.

Rakitic is coming back from an extravagant season with Barcelona, winning the league and the Spanish Cup as well. Rakitic was crucial for Barcelona as he starred in 30 games playing for 2453 minutes. During this time span, he made 1971 fruitful passes and provided 21 key passes. He also registered 4 assists and had 24 shots on goal. His season aggregate saw him record 90% pass accuracy, something which is quite evident considering his class and the gameplay he has successfully adapted to. Bearing in mind, the concepts of counter-attacks, any team would find Luka Modric a game-changing presence on the field. Modric too, like his teammates, is seeing age catch up on him, and many see his days numbered in the Real Madrid outfit.

Nevertheless, he still has the fire to propel him and his suitors to new scales. Modric was only able to grab 23 games under Zidane’s outfit. Under his regime, he provided 1171 complete passes and was able to make 27 key passes. He can also be a goal threat as he shot 32 times on target and was also responsible for creating 32 chances for his teams. One can also take a peek into their Champion’s League performances with both of them plying their trade in the prestigious competition. Both of them were at par as both had a 91% successful pass rate, where Modric provided 7, and Rakitic provided 9 key passes. This emphasizes that both are the spine and beating heartbeat of Croatia and they have to be at their sparkling best in order for Croatia to have a good run.

Moving towards the attacking side of the midfield, we have Ivan Perisic to fill in the boots. Not only is he capable of feeding accurate balls to his teammates; he also has a knack for scoring goals at will, and will be an ever-present threat for Croatia this summer.

Playing for Inter, Perisic perfected his skills to be a dominating member of the changing Inter side; leading them to the Champion’s League next season. He starred in 33 games and was on the pitch for 2954 minutes. Although he has a low successful pass rate of 75% across the season, his knack of being the threat in the opponent’s box saw him provide 57 key passes and 8 assists. He also has a staggering 104 shots on goal, where he scored 11 times. He was also responsible for creating chances in 65 different instances, thereby rubber-stamping his already proven credentials. The upcoming World Cup is a great way for him to claim a few scalps and turn the heads of few scouts if he were to seek pastures anew.

Croatia’s standard formation sees them line up in a 4-2-3-1. This leaves the forward’s positional reigns to be taken over by a single player, who is not only a threat by his feet, but also by his aerial supremacy and acrobatic accolades. Enter Mario Mandzukic. If you consider Mario as “one for the history books”, you are certainly wrong. The Champions League final at Cardiff, where he scored a stunner, was enough to let the cat among the pigeons. But with Juventus polishing and relying upon their “jewel”, Paulo Dybala, Mandzukic has seen his role and game time significantly drop.

This has also caused him to play out of position on several cases. However, it doesn’t diminish the threat which he possesses. Mario scored 5 goals and provided 3 assists in the league campaign last year. He is a team player, which benefits his Croatian team-mates as he has registered 645 passes; thereby helping in the fluidity amid all the technical aspects of Croatia. This too might be the last World Cup appearance or any major tournament appearance for Mario Mandzukic. Deputizing and providing cover for Mario Mandzukic is Nikola Kalinic. Kalinic somewhat shares the plunders and fortunes with Mandzukic. He also scored 5 goals and provided 3 assists over the season. However, he has a knack for creating chances for his comrades, creating 35 chances for his teammates.

Players to watch out for:

Croatia, in their war chest, have some hidden gems who can prove to be game-changers for their country. Not only are they future prospects, but they can also attract interests from other clubs if they are to outperform themselves in the World Cup this summer.
Croatia have Kovacic and Pjaca, who could prove to be more than useful subs for their outfit. Kovacic, thanks to Zidane’s team revolving philosophy, has overcome all obstacles and can provide a cover for Modric both in the Madrid and the Croatian setup. He has played 17 games this season in the league, where he has provided 6 key passes and 6 assists too. Of all the players in the Croatian contingent, he has the highest successful pass rate with a jaw-dropping 94%.

Pjaca is another player to watch out for. Although he only played 7 games for Schalke last season, he has all the skill and potential to be of real help for Croatia. Kramaric is another player who has developed exponentially in the Hoffenheim gameplay system. He is a versatile player who can operate as a Centre-Forward, or can play in the left flank. Kramaric played 31 games last season in the Bundesliga, scoring 9 goals and assisting 5 times. His ability to create chances, and running down the flank is something which is admired by the Croatian management. It will be quite helpful as Perisic and Kramaric can operate on the flanks, thereby providing for Mandzukic who prefers to stay in the box as a goal threat.

Lovren Image via Empires Of The Kop