For all the chaos that Chelsea Football Club go through year in and year out, there is only one thing that all supporters can be certain about — Dave is going to be Dave, swinging in perfect crosses and putting in crucial tackles, week-in-week-out as he gets moved across all positions in the back four, slotting in effortlessly. There seems to be a general consensus outside of Chelsea supporters that simply rate César Azpilicueta as a solid defender and nothing more, but if you watch him every week, you will vehemently agree with John Terry’s testimony that “He’s a 9/10 or 10/10 every single week”.

This is such a rarity in an era where we have our set of usual excuses to bail out our beloved heroes with phrases like “played out of position”, “playing partner isn’t good enough”, “not suited to a possession-based/counter-attacking style” and a plethora of other proclamations to brush the player’s shortcomings under the rug. However, the Spaniard’s flexibility and incredible consistency at the elite level is worthy of immense hype and notoriety, yet there he is silently amassing titles and a cult fandom with no antics or even transfer speculation. 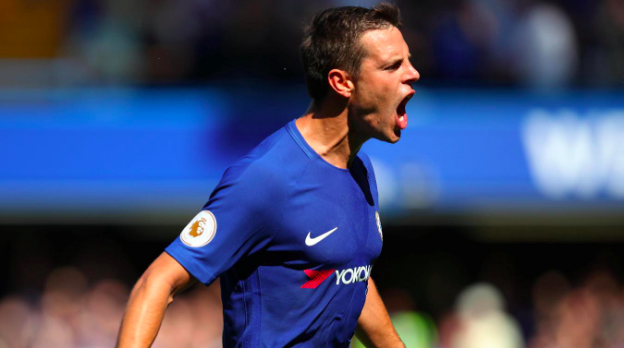 Azpilicueta was a youth product of Osasuna, where he started off as a forward, then was shifted in central midfield, only to finally cement his place in the first team as a right-back. Multi-functionality is a theme that has been a constant in his career and is a testament to the soundness of his technique.

In 2010, he moved to Marseille and was let go in 2 years to aid Marseille’s finances. This is when the move to Stamford Bridge occurred and no one could foresee the indispensability and impact that the Spaniard would go on to establish. Azpilicueta’s 7 million pound move did not turn any heads during that window as the Chelsea faithful kept themselves busy celebrating a Champions League triumph and hyped themselves for marquee signings like Eden Hazard, Oscar and the infamous Kevin De Bruyne. It is safe to assume this 7 million deal was the best bargain in the Abramovich era and possibly the biggest bargain in the Premier League in the last decade.

“Azpi” made his way into the starting XI slowly but surely, starting off as a backup to Ivanovic and eventually pushing Ashley Cole to the bench as he converted from right-back to left-back. As he started featuring more frequently for the Blues, fans struggled to enunciate his complex surname and decided to name him Dave, unimaginative but quite endearing. All managers he has worked under at Chelsea have had glowing reviews for him, with Jose Mourinho heaping heavy praise on the 29-year old

“Azpilicueta is the kind of player I like a lot. I think a team with 11 Azpilicuetas would probably win the Champions League because football is not just about pure talent”.

The Spaniard’s indomitable work ethic has been heralded by his compatriots including the likes of Terry who struggles to name another player who trains harder than Azpilicueta and Hazard who claims that Azpi was the teacher’s pet during the extremely demanding Antonio Conte regime as the Italian described him as “the perfect center-back”. For the Spanish international to come up trumps in one of the most tactically taxing 3-4-3 setups in an unfamiliar right-sided centre-half role is a testament to the fact that he is an absolute master of his position. Azpilicueta has fought off significant competition within the squad to keep his place in the starting XI for the better part of 6 years which has seen the likes of Ashley Cole, Felipe Luis, Branislav Ivanovic, John Terry drop to the bench as the understated defender remains a mainstay in the Blues’ back four.

Read More  | Jorginho: A Regista On A Rainy English Afternoon|

As Gary Neville briefly summarized Azpilicueta’s tremendous footballing intelligence, “You very rarely see anybody get the better of him”. As if his rock solid defensive rigidity wasn’t an invaluable asset already, during the last two years or so, the Spanish sensation has developed an attacking tool to his arsenal with deadly aerial crosses and through balls from half spaces in midfield or from his own half. Amassing 11 assists since Conte took over, a ridiculous number considering he has played as a right centre-back during this time and would have quite a few more had Morata finished his dinner. For context, Paul Pogba has made 15 assists during the same period. Azpilicueta’s time under Conte was nothing short of spectacular , having played every single minute of the title-winning campaign and the only one in the Chelsea roster to do so that year, mimicking what John Terry did in 2014–15.

There’s a very strong case for Azpilicueta to be considered as the most consistent, versatile and complete defender in the Premier League. He seems to have found the perfect balance between rigidity and flair. Standing over just 5 ft 9 , he is a lot stronger than he looks and what sparks the imagination of fans and experts alike is that there is no chink in the Spaniard’s armour despite the rollercoaster ride that comes with plying your trade at the Stamford Bridge.

Be it Benitez, Mourinho, Conte or Sarri or any position across the back four, Azpilicueta never backs down from a challenge.

While Hazard makes Chelsea supporters jump off their seats Azpi helps them sleep in peace. Player comparisons have a tendency of being very superficial and trivial as each one has an identity of his own but it may not seem far-fetched to state that Azpilicueta could become Chelsea’s Phillip Lahm, not the glamorous rebel without a cause but always the ardent student of the game to carry the weight of expectations like the true leader he is. He was the on field captain for most of last season and is touted to be named as Club captain from this season on.

As Chelsea fans may continue to sing the Osasuna youth product’s praises under new boss Maurizio Sarri and find new reasons to be in awe of the Spaniard’s unfound talents, two things will never be in question: Azpilicueta fighting the right fight in Blue and fans calling him “Dave” in his seventh season in West London.

This article was first published on Medium

Read More  | Can Sarri Inspire Chelsea To Challenge For The Title? | 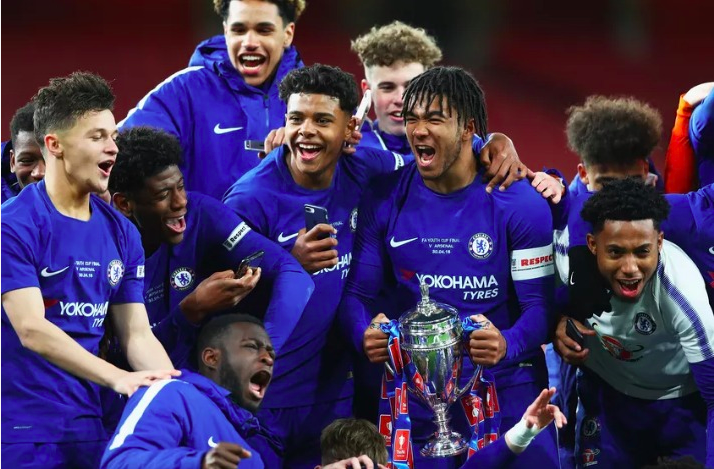